Dark clouds are gathering over Colombia’s government as indigenous organizations have said they would join a national strike planned for November 21.

The strike and anti-government protests take place just weeks after protests in Ecuador and Chile descended into chaos and forced their governments to take drastic measures to prevent being overthrown.

The explosions of anger targeting President Ivan Duque’s allies in the region have not gone unnoticed in Colombia where the ruling party suffered a devastating defeat in local elections amid growing public discontent.

The national strike was nothing out of the ordinary, until everything changed

The national strike called by some 40 labor unions in protest at the government’s pending pension reform was initially nothing out of the ordinary, but then Ecuador descended into chaos, followed by Chile and now Bolivia. 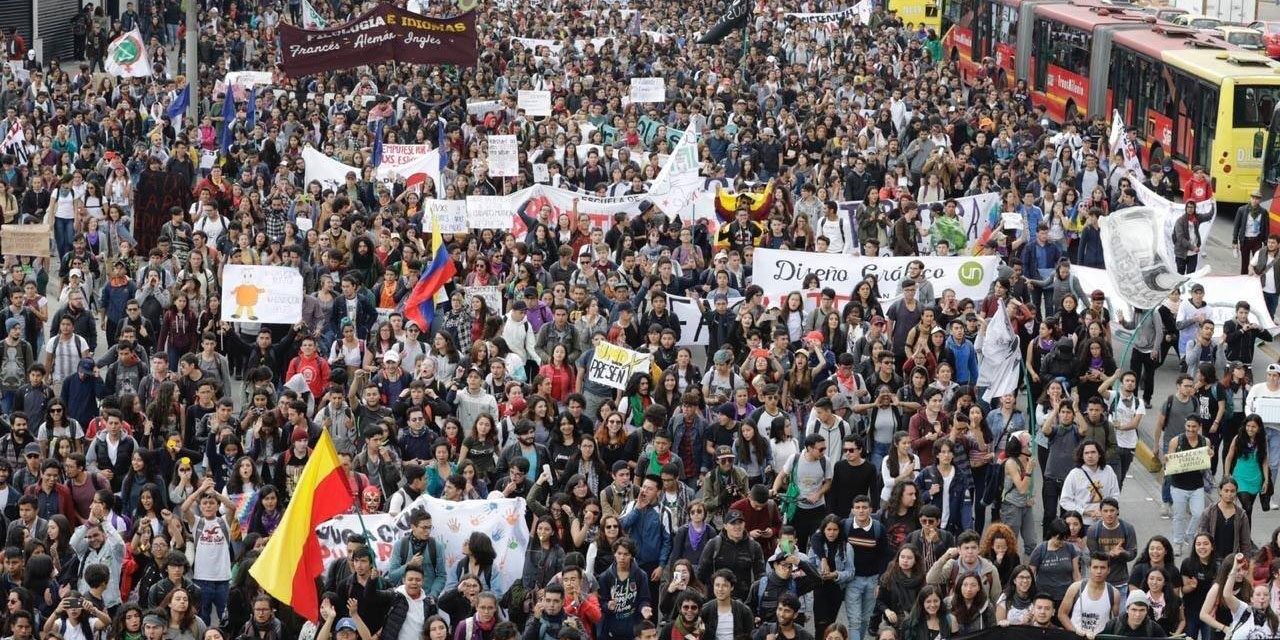 Escalating ethnic violence against native Colombians, particularly in the southwest of the country, triggered their powerful national organization to call on all indigenous peoples to take part in the strike.

The indigenous demand that the government  immediately implements a 2016 peace agreement with the FARC, and are supported by the students and influential peace movement Defendamos La Paz.

Student organization ACREES has already said they will take part in the November 21 protests.

Peace movement Defendamos la Paz is planning international manifestations for the 15th and could decide to mobilize their supporters in Colombia for the 21st to unite all anti-government forces.

The Duque government was already on one leg

The Duque administration was already weak before the president and his far-right party had their asses handed to them in last week’s local elections.

The president has refused to share power, leaving the government unable to push through any significant legislation since taking office in August last year.

The tax reform Duque was able to push through Congress sunk his approval rating to 29% in November last year to where it dropped again in July after which pollsters surprisingly stopped measuring public opinion.

Adding to the growing political and social opposition to his government, Duque’s political patron former President Alvaro Uribe is in court on fraud and bribery charges and at risk of celebrating Christmas in prison.

An accumulation of demands

The government has been unable to formulate a response to the demands of any kind of protest. Responding to the accumulation of demands of the organizations taking part in the national strike on November 21 is virtually impossible.

Moreover, because voices demanding the resignation of Duque are growing throughout the protest movement.

With no popular support, his party in crisis and no sympathy from Congress, the president stands alone. His allies’ troubles in Chile and Ecuador have shown Duque the worst case scenarios of mishandling public discontent.

Colombia’s least experienced president ever is facing his toughest month yet.