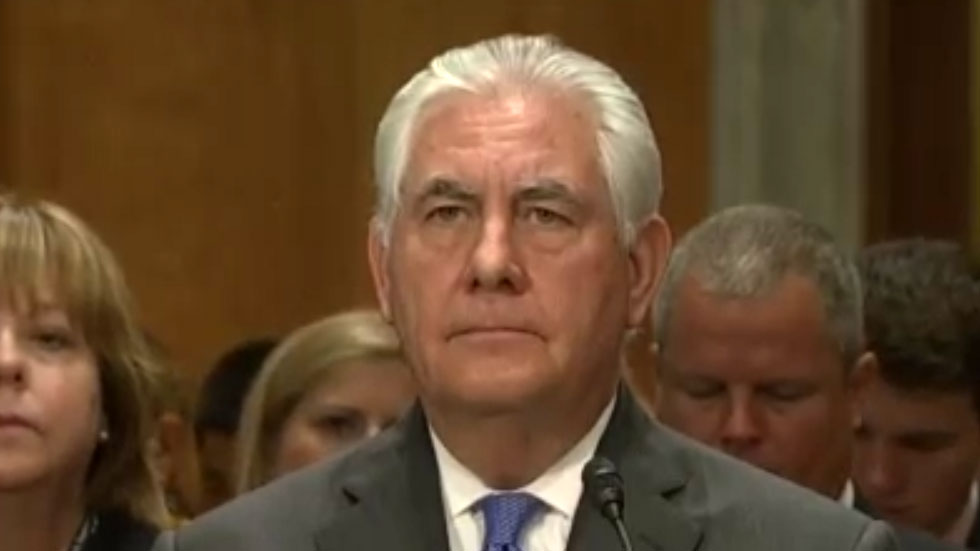 Colombia ignores US pressure to return to aerial fumigation of coca

Colombia’s government dismissed US Secretary of State Rex Tillerson’s claim that “it is necessary to resume fumigation” of coca, the base ingredient for cocaine, reported newspaper El Tiempo.

According to the country’s leading newspaper, while being heard by the House Foreign Affairs Committee on the 2018 budget, Tillerson said that President Donald Trump had talked to his Colombian counterpart Juan Manuel Santos personally “and we are going to work with them to deal with this issue.”

Colombia Reports was not immediately able to verify the report.

We have told them it is necessary to return to spraying. The number of hectares of cultivated coca are impressive. President Trump talked with President Juan Manuel Santos directly and we will work with them to deal with the issue.

Colombia has banned the controversial use of the Monsanto-produced chemical deemed possibly carcinogenic by the World Health Organization. Moreover, the aerial spraying has led to health complaints by locals and tensions with neighboring country Ecuador.

Instead of spraying, Colombia and the United Nations Office on Drugs and Crime (UNODC) have embarked on a two-year project of voluntary coca crop substitution as part of a peace process to end 52 years of war between the state and Marxist FARC guerrillas.

Colombia’s new strategy has openly been supported by US ambassador Kevin Whitaker who took part in the ceremonial beginning of a pilot crop substitution program during which the Colombian president removed the first coca plant.

Additionally, US Congress secured the budget for the “Peace Colombia” plan, which in part is designated to counter drug trafficking.

Disregarding Tillerson’s opinion, the Colombian government is bound to the peace deal that allows the spraying of chemicals only as a last resort and has no intention of changing the crop substitution strategy.

“Frankly I believe our relationship between the United States and Colombia is perfect. We have been allies here. Beyond which instrument we use, our commitment is to show results to the country,” Vice President Oscar Naranjo told W Radio.

Naranjo, a DEA-decorated former National Police director, is in charge of public security and counter-narcotics efforts in the country and said the Colombian government did not plan to “repeat past mistakes.”

The information given to me by the president, with precise instructions, is that there evidently is a concern in the United States over the increase in crops; and that to that concern, and our concern, we have to respond with efficiency.

Tillerson’s claim the resumption of aerial spraying of the possibly carcinogenic chemical was received with mixed reactions in Congress, where a vast majority has supported the peace process.

On the day that the United States begins the aerial fumigation of marijuana crops that, among other things, is already legalized for recreational use, it would be worth the bother to begin evaluating if or not we should be spraying.

It’s a secret for nobody that there are more than 180,000 hectares of coca in the country and, instead of diminishing this is increasing. I agree aerial fumigation should return.

According to Green Party presidential hopeful Claudia Lopez, cocaine production in Colombia “is increasing because drug use in the United States has skyrocketed.”

While the US has claimed 2016 saw a massive increase in coca cultivation, this has yet to be confirmed by the UN, whose measuring methods are considerably more detailed and transparent and sometimes opposed to US claims.