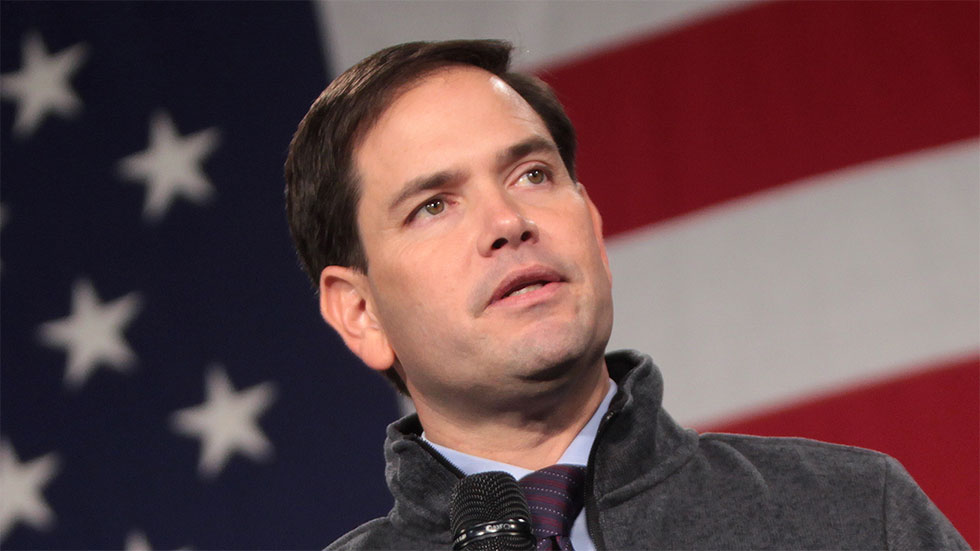 Rubio, a Florida Republican who is influential in foreign affairs, gave his endorsement just one week after being feted at the Colombian Embassy in Washington and after years of skepticism about making peace with the Marxist group the US has deemed a terrorist organization since 1997.

In his speech to the 47th Annual Washington Conference on the Americas, Rubio said that Colombia’s progress since the extremely violent 1990s “is a result of US engagement, not US disengagement.”

Through much effort, blood, sacrifice and with American assistance, the people of Colombia went from being on the verge of a failed state to perhaps our strongest regional partner in South America.

“I have known Senator  Rubio for many years now, and he has been a long-time friend to Colombia,” Pinzon said at the celebration honoring the Senator. “Colombia would not be where it is today without the support and friendship … from Senators like you, Marco.”

Trump administration support for the Colombian peace process has been in doubt, even though the full $450 million in aid that was promised by former President Obama has been approved and signed into law. But Trump has asked Congress to cut aid to Colombia by 21% in the coming year, and has made no public commitment to the peace process.

Indeed, Trump, Rubio and other Washington officials have been lobbied hard by former President Alvaro Uribe and others to reject the peace process.

Rubio’s endorsement made it clear he rejects the objections made by Uribe and his political allies, who had earlier been ignored by the UN Security Council while visiting Colombia.

Uribe and some of his fellow critics of the peace process are in danger of facing trial for alleged war crimes committed during the 52-year war with the FARC.

Rubio, whose wife is Colombian-born, also stressed the importance of conditions being attached to US aid. These include compensation for victims of the long war with the FARC and punishment for a number of FARC members.

These conditions are not new but have long been a part of US rhetoric.