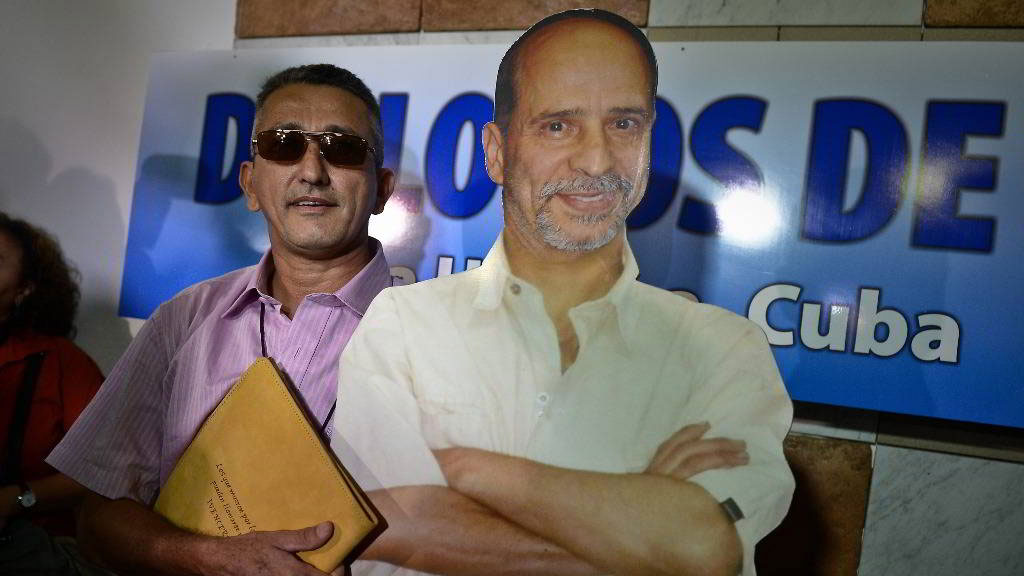 Two prominent US senators have threatened to block the proposed $450 million US aid package to Colombia if outgoing President Barack Obama pardons a leader of the Marxist FARC group, which signed peace last month.

In a letter to the president dated Thursday, Republican Senators Marco Rubio (Florida) and Lindsey Graham (South Carolina) wrote that they believe the Colombian government asked Obama to release “Simon Trinidad,” who is serving a 60-year sentence at a maximum security prison for conspiracy.

Simon Trinidad is a senior ideologue of the Marxist FARC group, which has asked for the repatriation of their comrade to take part in their country’s peace process.

After numerous failed attempts to imprison Trinidad on drug trafficking charges, the FARC leader was sentenced to 60 years on conspiracy charges for his relation to the kidnapping of three American military contractors in 2003.

Who is Simon Trinidad

”We ask you to reaffirm that the US will not offer or agree to the transfer or release of Simon Trinidad to Colombia or anywhere else,” the senators wrote Obama. “If such a transfer were to take place, US funding for the implementation of the peace accord between the government of Colombia and the FARC will be put in jeopardy.”

“Releasing Trinidad from US custody would not only send the wrong message to the FARC and other terrorist organizations, but it would also undermine the US judicial system,” they wrote.

While formally disbanded, the US still lists the FARC as a terrorist organization. With the ascent of conservative Republicans to complete control in Washington, removing the FARC from the official “terrorist” designation is not assured. Graham and Rubio are in a strong position to implement their threat.

For the FARC, Trinidad is a major asset because of his political experience.

Rubio is close to former Colombian President Alvaro Uribe, a staunch opponent of the FARC and the peace agreement with the guerrillas, and had urged not to repatriate Trinidad in 2015 already.

Uribe, who is expected to be tried for multiple war crimes in a post-war transitional justice system, claimed earlier this year that Obama was planning on pardoning Trinidad. The State Department has denied this.

The US President has broad powers to pardon federal prisoners or grant immunity from prosecution. It is customary for the president to issue a number of pardons at the end of his term in office. Obama gives way to President-Elect Donald Trump on January 20.

Obama has used his power to free a number of prisoners serving exceptionally long sentences for non-violent drug crimes. Former President Gerald Ford famously used his power to prevent Richard Nixon, who had been forced from office, from being charged with crimes for abusing his presidential power.

Colombia extradited Trinidad to the US to face charges resulting from his relation to the kidnapping and subsequent six-year captivity of three US military contractors who were working with Colombia’s anti-FARC operations.

The extreme sentence was a way to get around a section in the US-Colombian extradition treaty which prohibits either country from assessing penalties greater than those in the other. Since Colombia has no life-in-prison sentence, he was sentenced to 60 years instead.

The FARC has frequently sought Trinidad’s release and it was a topic of discussion during the peace talks in Havana. Pres. Juan Manuel Santos has acknowledged he would like to see Trinidad released in the context of the peace agreement, saying: “We must find a solution. No one will surrender their weapons to go to die in an American prison. That is totally unrealistic.”

Obama has requested a large increase in US aid to Colombia, to $450 million in 2017, to help implement the peace treaty. Most of the money is for military and other security purposes, but some is also targeted at land mine removal and economic development.