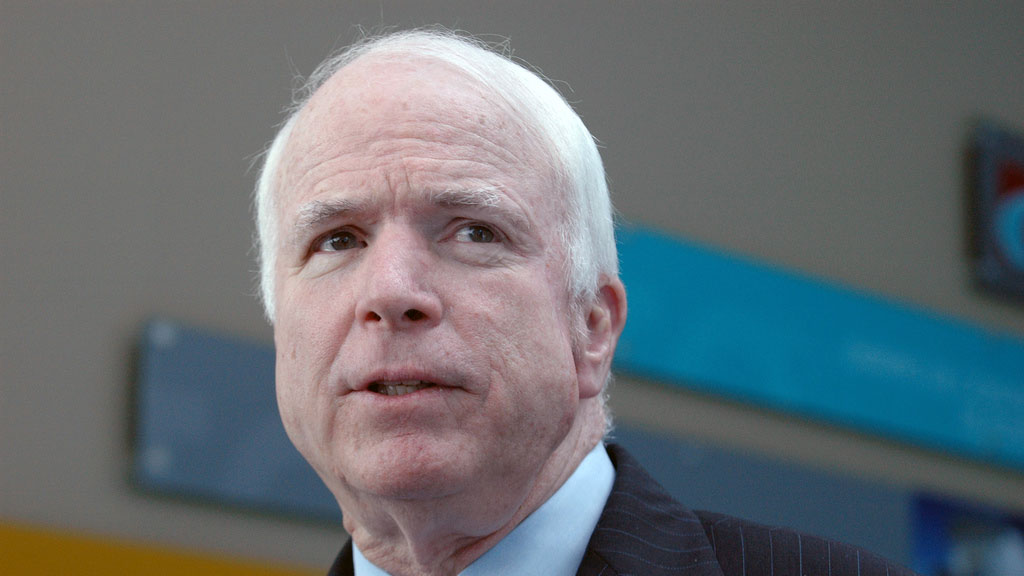 Republican Senator John McCain said Thursday that the US will “take seriously what Colombia recommends” concerning the possible repatriation of a formerly extradited FARC leader, clashing with previous statements given by fellow Republican Senator Marco Rubio.

McCain told Colombia newspaper El Espectador that if Colombian President Juan Manuel Santos were to ask, the US would be willing to consider the liberation of guerrilla “Simon Trinidad.”

When asked if Trinidad’s repatriation is possible, McCain said he “would like to see what the decision of the Colombian government is.”

“Of course, I take seriously what Colombia recommends,” the Senator stated.

Trinidad is currently serving a 60-year sentence in the United States after being convicted of involvement in the kidnapping of three American military contractors in Colombia.

Without the participation of the rebel leader in the peace negotiations, the FARC will not agree to any comprehensive peace accord, the guerrilla group announced last week.

Thus far, the Colombian government has made no such request themselves, according to US officials and Santos himself.

“Until now there has been no request by the Colombian government to release Mr. Trinidad, and we would promptly oppose it if at any time it is made,” said US Senator Marco Rubio, also of the Republican Party.

McCain’s statements are clearly a stark contrast to the position of his fellow Republican Senator and presidential hopeful Rubio, who further outlined his views on the ongoing peace process in a letter to US Special Enjoy Bernie Aronson a few weeks ago.

Rubio requested that Aronson – who is responsible for dealing with the delegations in Havana – ensures firm lines remain within the compromises between the Colombian government and the FARC guerrillas. Specifically, Rubio asked to not cease aerial fumigation, to not repatriate guerrillas, and to stop extradition requests.

McCain said that Rubio does not speak for the Republican Party on these issues, and that the decisions are first and foremost for the Santos administration.

Colombia ‘not a colony’

“[Colombia] is a sovereign nation, not a colony,” the Senator said, adding that “we are partners … equal partners.”

The former presidential candidate also commented on the lengthy nature of the peace negotiations that have been ongoing between the Colombian government and the FARC since November 2012.

“I think that it is taking too long, and nobody can deny that,” said McCain.

“I hate to be repetitive, and sometimes I do not agree with the Colombian government, but I have to respect the fact that they are the elected leaders,” he added.

Why do the FARC want Trinidad so much?

The FARC’s desire for Trinidad’s endorsement of any peace deal before its signing was indicated in a video sent to journalist Jorge Enrique Botero by Jesus Santrich, a negotiator for the rebels in Havana, Cuba.

Having proved himself a capable negotiator, the FARC surely desire his presence in the current talks to help secure a more favorable outcome for the rebels.

Trinidad was captured in Ecuador in 2004 and deported to Colombia where he faced charges of kidnapping, extortion, and rebellion.