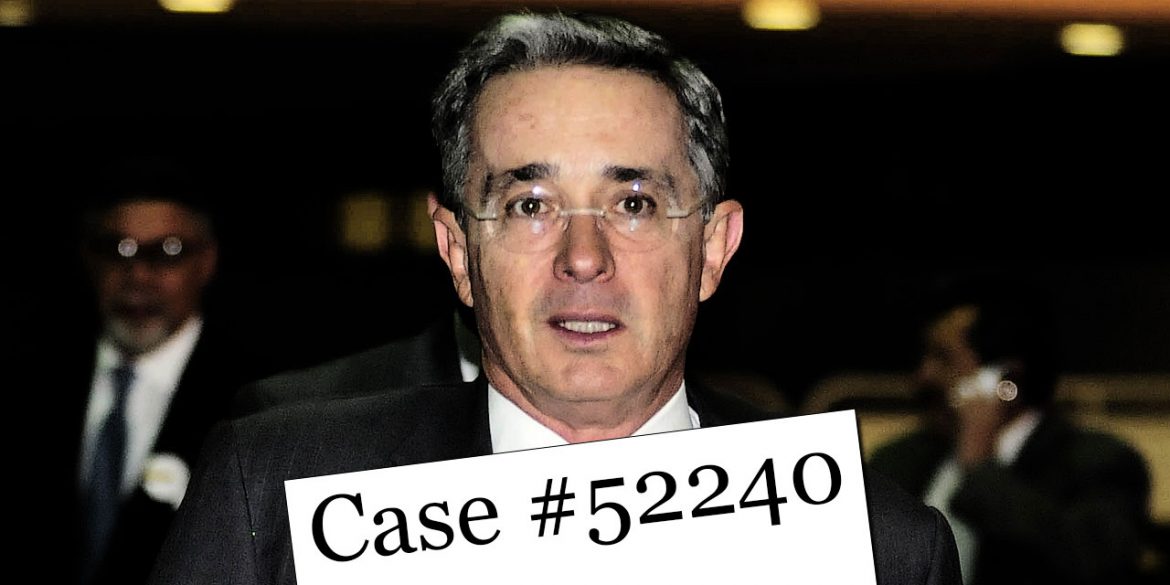 Uribe’s witness tampering trial: what to expect after Tuesday

Colombia’s trial of the century will begin Tuesday when the Supreme Court begins hearing witnesses in the criminal case against former president Alvaro Uribe, who has been charged with fraud and bribery to conceal his allegedly criminal past.

Before hearing Uribe on October 8, the court will hear almost 50 witnesses who could send the leader of the far-right Democratic Center party to prison.

The beginning of the end?

Many of the witnesses who have defended the former president will be presented with evidence indicating they committed perjury, or intimidated, bribed or even threatened witnesses who have testified that Uribe and his brother Santiago founded a paramilitary group in the 1990s.

The court case could result in additional evidence for pending criminal cases against the Uribe family over their alleged involvement in massacres, the killing of human rights defenders and drug trafficking.

The first witness, for example, is a former member of the Cacique Pipinta paramilitary group who was allegedly bribed by Uribe’s attorneys Diego Cadena and Juan Jose Salazar, and “Diana,” the former political chief of the now-defunct paramilitary group.

In the case of “Victor,” the court reportedly has multiple wiretap recordings to prove he was bribed to counter claims of his former paramilitary commander, “Alberto Guerrero,” who has testified Uribe founded the Bloque Metro.

The court has ordered extraordinary security measures for both witnesses and magistrates not seen since court cases against the Medellin Cartel, under whose wings Uribe allegedly rose to political prominence in the 1980s.

One witness was assassinated months after the court filed criminal charges and multiple witnesses have survived assassination attempts.

Multiple other potential witnesses in the dozens of criminal cases against the Uribe family were assassinated or died under suspicious circumstances previous to the current court case.

The court will decide whether or not the far-right politician is guilty of witness tampering, but Uribe has already made history by becoming the first ever former president to respond to criminal charges before the Supreme Court.