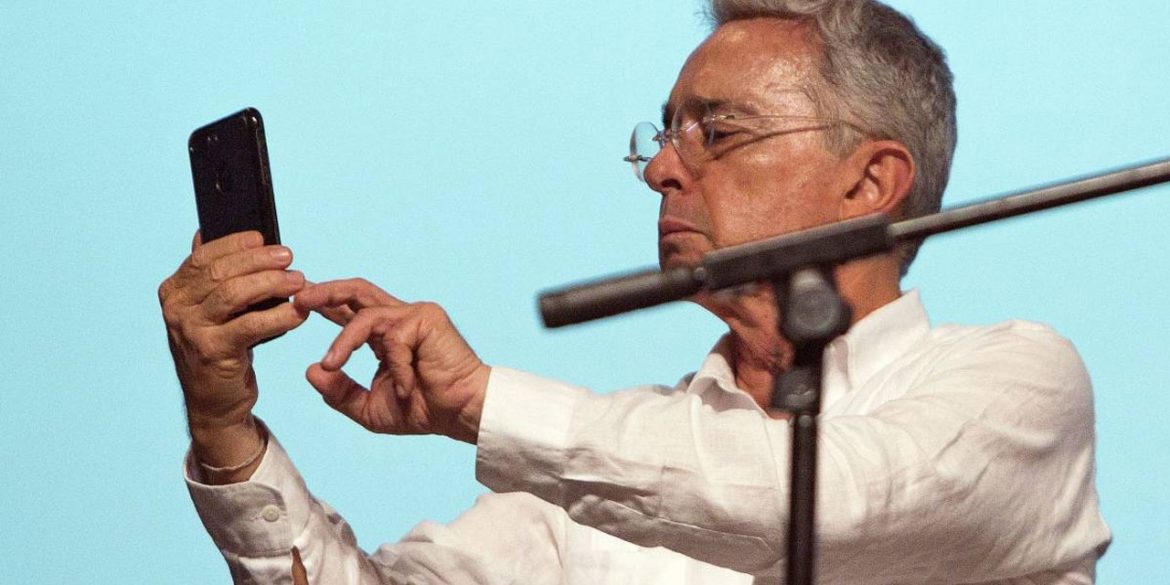 Both Duque and his political patron are being investigated for election fraud after wiretap transcripts that revealed plans to use illegal funds for vote-buying in the northern Cesar and La Guajira provinces with the help of a late drug money laundering suspect.

But these transcripts contain only part of what appears to be an elaborate conspiracy to rig the elections with the help of the mafia.

Weekly Semana on Monday published the full recording of the phone conversation between Uribe’s former PA, Maria Claudia Daza, and mafia associate Jose Guillermo Hernandez, who was murdered in Brazil in May last year.

The audio revealed a lot more than the transcription, which only mentioned sending illegal funds to Cesar and La Guajira.

Apparently, business associates of Uribe would not “invest” in the alleged election fraud after an associate of the alleged money launderer, “Ismael,” failed to cough up the money he had promised.

The alleged fraud plans in Antioquia were revealed a day after Noticias Uno broadcast audio in which Hernandez told Daza about election fraud plans in Magdalena.

The bullshitter and the singer

Listen to this. These businessmen gave me this amount. When they started suggesting, because one suggests, one does not order. When they came to Valledupar, to Cesar, they asked my boss and my boss said: “man, Ismael told me there was going to be $250 million, I better send that to Antioquia, to some town.” They withdrew support for Cesar because of that big-mouth Ismael, how about that?

Of course, because of that son of a bitch… Don’t even ask him because I overreacted, I got up and I said: “Ismael, shut your mouth and don’t talk about us not even collecting a fucking peso.”

He left and had it in for Uribe. I can show you the chat of Uribe saying “to Salgar!” Uribe said: “No, girl, Ismael told me they had collected $250 million and that is useful for Salgar. They took the resources for Valledupar from me, 100 million, and sent it to Salgar.

And they didn’t send me 90 “bars” to Valledupar

No, but this was another 100 from some businessmen. And you know who was going to handle that money? [Hernandez’s brother] “Goyo,” so he could go from town to town delivering even if it were five, and turns out that this son of a bitch Ismael told Uribe there would be 250 million and they needed no more money.

Bullshitter, you hear. He’s a bullshitter. He doesn’t do shit, doesn’t have votes or puts up anything and talks shit all the time. [Singer] Poncho Zuleta coughed up the money he put in.

Evidence is drowning Uribe and Duque

Semana and Noticias Uno made the legal issues of Uribe and Duque even bigger than they already were; the recordings prove the election fraud conspiracy of the former president’s personal assistant.

The recordings also made it clear why Daza left Colombia earlier this month; people have been killed for a lot less than explicitly saying Uribe was coordinating election rigging and moving around illicit campaign funds.

The recordings make it evident that Uribe’s former PA was handling these funds with the intent to commit election fraud with the “political arm” of drug trafficker Marquitos Figueroa, allegedly with the active participation of the former president.

And this is just the beginning.

Not just  the president and his political patron are up shit creek, but also singer Poncho Zuleta, former Defense Minister Guillermo Botero, Prosecutor General Francisco Barbosa and his two predecessors.

In the recordings released by Noticias Uno, Hernandez told Daza he was setting up a secret meeting between Duque and 15 mayors from Magdalena at a party hosted by Botero, who was the director of business association Fenalco at the time.

According to Semana, they believed they had all 25,000 wiretaps until Lieutenant Colonel Julian Ricardo Buitrago of the Police intelligence unit DIJIN produced another 36,000.

All these finds were made by sheer coincidence because the police were investigating another murder. Other evidence of the alleged fraud practices of Duque and his far-right Democratic Center party hasn’t even been looked at.