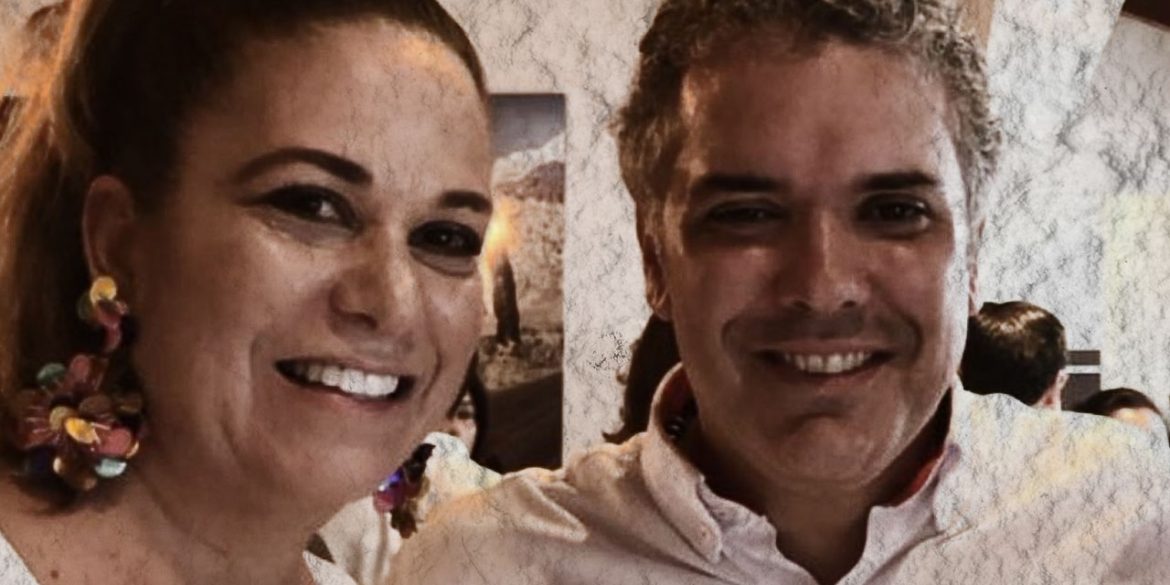 The bombshell recording proved that the then-assistant of former President Alvaro Uribe, Maria Claudia Daza, was conspiring to rig the election with Jose Guillermo Hernandez, the alleged money launderer and “political arm” of the drug trafficking organization of Marquitos Figueroa.

The recordings from April 2018 proved that Hernandez and Daza did not just seek election fraud in the northern La Guajira and Cesar provinces as a previously leaked wiretap transcript made clear.

In a recording from April 2018, Daza told Hernandez that she was arranging Duque’s trip to Valledupar, the capital of Cesar, where he appeared at the annual Vallenato Music Festival on April 28.

This trip included a visit to former Defense Minister Guillermo Bolero at the home of Colombia’s ambassador to Italy, Adriana Castro, where Hernandez told Daza he was organizing a secret meeting with mayors from Magdalena to seek their illegal support for the president’s corruption-ridden election.

I have a lot of things on my mind, Jose, because I set up Ivan’s trip, I am organizing everything, but until the last millimeter.

Wait, wait, and Ivan arrives when?

On Saturday at what time? With the morning flight?

9:30. From there we go to the headquarters, from there to [festival site] Primero de Mayo and later to Adriana Castro’s home, to Botero.

Caya, wait. I had lunch with Eduardo Rodriguez yesterday. Edward he’s called. I told Edward: ‘I need to talk to you because I have an important issue for him. Important as in very important for his campaign and stuff. I have 15 mayors from Magdalena, 15 who want to have a meeting with him, 15!

With Edward. Why Edward? With the president, the future president.

Uh huh. But he can’t meet with them. I don’t believe that’s legal.

No, it isn’t… that’s why I told him to meet at my place. You understand me? With the help of these guys…

I know, Jose, but you’ve been saying that for more than a month and you’re arranging nothing…

Sweetie, I am going to visit Edward. Look, so Edward called I don’t know who and I’ll tell you why, so he goes to that thing of Guillermo Botero so we can meet in a secluded part, in an office…

In Adriana’s Office down there.

Castro, who was working at the Colombian embassy in Russia, had rented her apartment to Botero, the president of business association Confenalco at the time.

The newly released wiretaps don’t just prove Duque’s party colluded with the mafia to rig the election, but also that Duque’s campaign manager, Luigi Echeverry, lied to weekly Semana when he claimed that Uribe’s personal assistant was not involved in Duque’s presidential campaign.

Uribe, a former Medellin Cartel associate, and other Democratic Center officials have been trying to disassociate themselves from Daza, who resigned and left the country last week.

Uribe’s former personal assistant disappeared one day before Congress had called her to testify about her role in the election fraud conspiracy with the alleged drug money launderer.

Hernandez, like dozens who testified or could have testified about Uribe’s ties to organized crime, and drug trafficking in particular, have been assassinated or died under mysterious circumstances.

The Supreme Court, which was already investigating the former president over his alleged criminal practices, opened a new investigation into the former Medellin Cartel associate’s role in the election fraud conspiracy earlier this month.

The latest recordings are likely to trigger more investigations and add another nail to the coffin of Duque’s party.