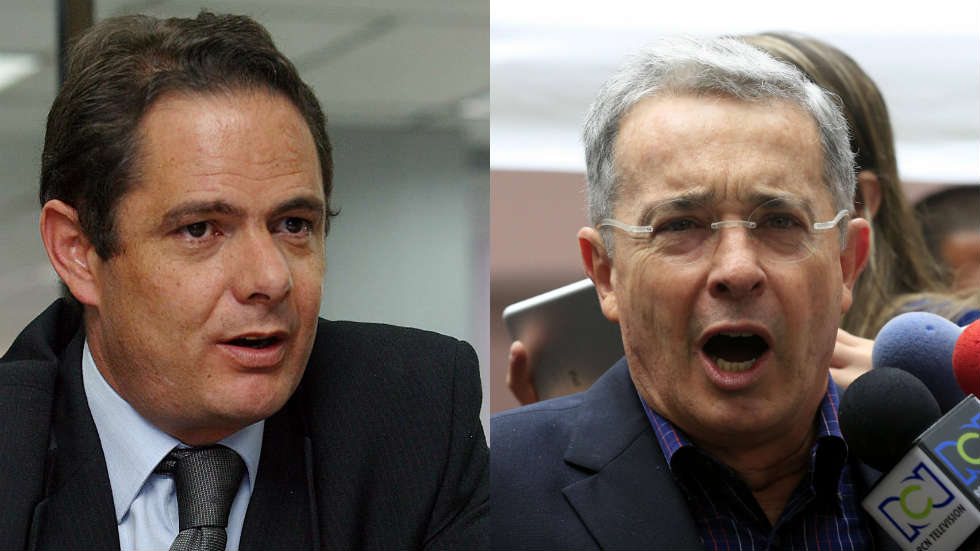 Uribe to endorse Vargas in 2nd round of Colombia’s 2018 election: report

Colombia’s former vice-president German Vargas reportedly closed a deal with former President Alvaro Uribe that would increase chances of a conservative win in the 2018 presidential election.

Vargas has already begun running for president while Uribe, who is not allowed to run for a third term, is in the process of choosing a candidate for his hard-right party Democratic Center.

According to weekly Semana, Uribe and Vargas have secretly agreed to endorse each others’ campaign if one of them make it to the second round.

Uribe has denied conversations with his former rival. However, intermediaries have reportedly bartered the agreement, Semana reported.

The former president is an outspoken opponent of an ongoing peace process with Marxist FARC guerrillas. His party has yet to elect a candidate to translate significant electoral support into political power.

The former VP has gone out of his way not to be associated with the peace deal for which his former superior, President Juan Manuel Santos, received a Nobel peace prize.

Vargas and his political party, Radical Change, have begun an anti-FARC campaign targeting conservative voters ahead of next year’s’congressional and presidential elections.

Vargas and Uribe left the Liberal Party in the beginning of this century after a split in the party.

Uribe became president in 2002 partly because of the support of Vargas, a dynasty politician with a strong political support network throughout Colombia’s political system and business community.

The two split in 2009 when both vied for the 2010 elections that was ultimately won by Santos, Uribe’s former defense minister.

Much to the anger of the former president, Vargas then joined Santos leaving Uribe without any congressional representation until the 2014 election.

Both Radical Change and the Democratic Center have over the years been marred by allegations of ties to paramilitary death squads in the years Uribe was president.

Corruption scandals have harmed the parties as much as other (former) government coalition parties.