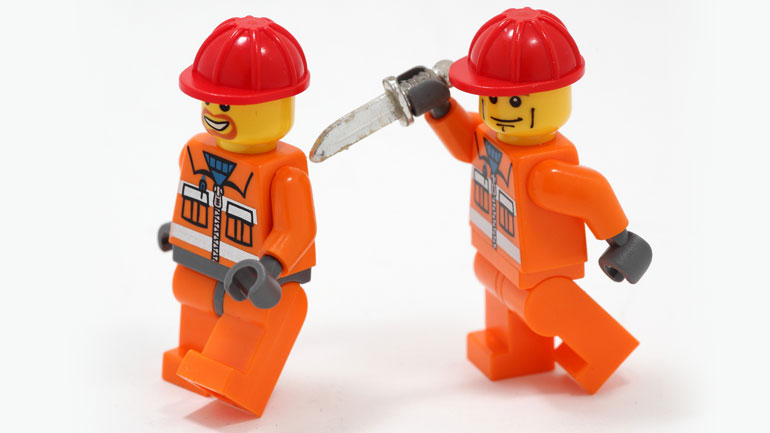 Colombia’s former President Alvaro Uribe claims that his successor, Juan Manuel Santos, is politically persecuting him. Here is why he keeps saying that.


When Uribe was still president, a number of judicial scandals emerged. This included the 2004 bribery of Congressmen to secure Uribe’s election, ties between paramilitary group AUC and the Uribe-dominated Congress, and — most importantly — the illegal spying carried out by intelligence agency DAS on the Supreme Court.

The latter caused major tensions between the judicial branch and the executive in 2009, a year before Uribe left office.

In that same year, Uribe was supposed to hand in a shortlist of who would become Prosecutor General of Colombia. From this shortlist, the court is supposed to pick the new prosecutor general, the person ultimately in charge of the investigations of the aforementioned scandals.

Uribe handed in the shortlist as usual, keen to have a loyalist in place that could have influence over the pending criminal investigations against himself, his family and his political allies.

Uribe’s divisive character and hard-line policies had polarized the political climate and had even put the powerful Liberal Party in the opposition benches. A prosecutor general coming from this traditional powerhouse would be a major political risk, especially after successfully promoting the removal of senior Liberal Party senator Piedad Cordoba over her alleged ties to the FARC, Colombia’s largest rebel group.

To Uribe’s discontent, the court dragged its feet and implicitly refused to pick a prosecutor general from Uribe’s shortlist, in spite of several changes.

The Supreme Court held off the vote until August 2010 when Uribe left office, in spite of the fact that it left Colombia’s already clogged justice system without a prosecutor general for months.

This is where the betrayal begins.

Instead of protecting Uribe’s interests, one of the first things Santos did when entering office was present his own shortlist of candidates, completely discarding the one formally under consideration.

This left Uribe without the possibility to secure some level of impunity for his political friends.

While having run for election promising to continue Uribe’s hard-line “Democratic Security” policy, Santos invited the Liberal Party to join his coalition and made Radical Change boss German Vargas, who had become a political enemy of Uribe, vice-president.

As feared by Uribe and his supporters, Morales put the pedal to the metal and continued the investigations against some of Uribe’s most prominent allies and former aides.

Morales’ election was eventually nullified, but she’d be replaced with Eduardo Montealegre who proved to be equally eager to continue the investigations into now-proven corruption and other criminal activity carried out within the Uribe administration.

At the same time, Santos began purging Uribe-loyalists from his cabinet. Later, he would do the same in the military where the former president’s message received a lot of support, especially because also the military was in trouble with justice over its abysmal human rights record.

In Congress, more and more powerful Uribe allies like Senators Armando Benedetti and Roy Barreras switched sides, while others left the party and would later become senior members of Uribe’s Democratic Center Party.

While both politicians hadn’t talked to each other since 2011, the break became final and virtually definite in August 2012 when Santos announced peace talks with the FARC, who Uribe had been fighting furiously and with overwhelming military success since 2002.

For Uribe, this was not just an administrative act of betrayal, but an ideological betrayal, further legitimizing the sense of betrayal he and his supporters feel.

Now, with peace talks coming to an end and prosecutors knocking on the doors of Uribe family members and party bosses, Uribe’s feeling he is being persecuted might be misplaced, but should be comprehensible.