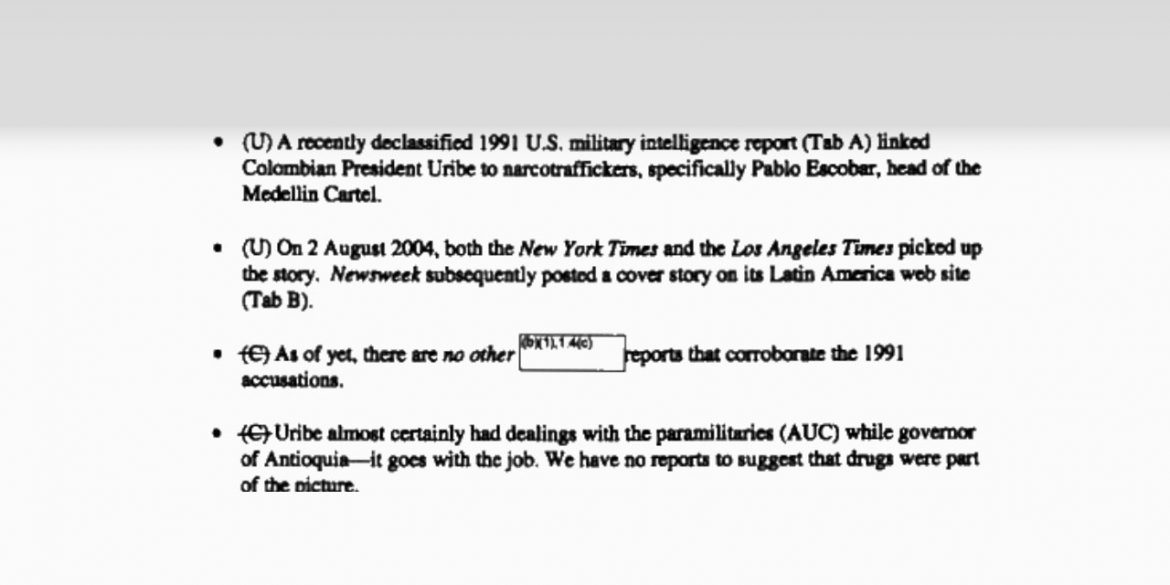 Former US Secretary of Defense Donald Rumsfeld was told in 2004 that Colombia’s former President Alvaro Uribe “almost certainly” had ties to paramilitaries and that a memo on ties to Pablo Escobar was real, according to the National Security Archive.

Despite the fact that the AUC was considered a foreign terrorist organization at the time, President George W Bush awarded the former Medellin Cartel associate a Medal of Freedom in 2009 for “confronting terrorism.” 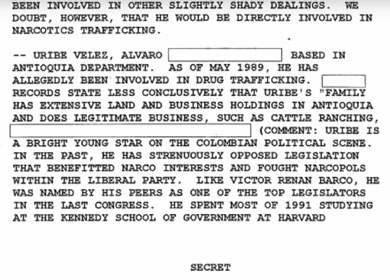 Rumsfeld was informed that Uribe “almost certainly had dealings with the paramilitaries” while the Colombian president was in the process of demobilizing the organization founded in 1997 after Uribe’s promotion of private security companies that allowed the paramilitaries to receive legal funding.

The pentagon official told Rumsfeld that “we have no reports to suggest that drugs were part of the picture.”

According to a former member of the “Bloque Metro” Uribe and his brother Santiago allegedly helped found, there were “laboratories” on the “Guacharacas” estate of the Uribe family.

When international media revealed the 1991 memo mentioning Uribe as a close ally of the Medellin Cartel, the US government said the memo was a draft and never confirmed.

A cable sent from from the US embassy to Washington DC in April 1997 spoke of Conservative Senator Jorge Alveiro Valencia’s kidnapping by paramilitaries near San Roque, the town where the Uribe family and their drug trafficking neighbors had allegedly founded the “Bloque Metro” a year before.

When the kidnappers learned that the congressman knew “the old guy” they let him go, Valencia told the embassy official.

Uribe is currently being investigated by the Supreme Court for three massacres, one of which was carried out by the “Bloque Metro.”

Uribe admitted to being close friends with the Ochoa crime family, which founded the Medellin cartel, since he was young.