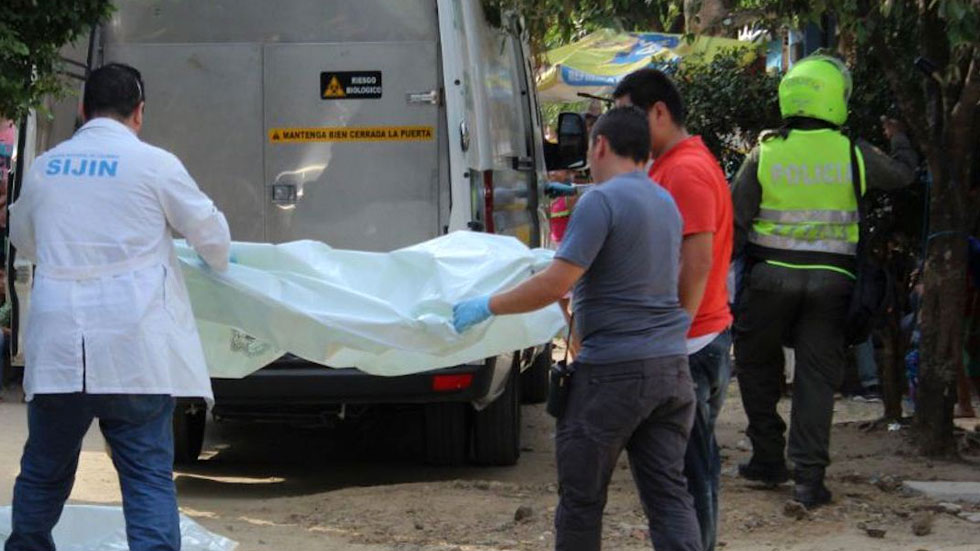 Three farmers and two indigenous people were assassinated under unclear circumstances in the southwest of Colombia just as the country is preparing a major peace process with FARC rebels.

According to Colombia’s human rights office, three farmers were executed by masked men in military uniforms in Almaguer, Cauca.

The three men were stopped by six men wearing camouflage clothing and balaclavas in the hamlet of La Herradera and escorted away from the village, the human rights office said.

One of the victims was a local community leader who had previously received death threats after reporting illegal mining activity in the region.

Locals later found the bodies of the men face down with gunshot wounds in the back of their heads.

The triple homicide follows just days after authorities claimed to have shut down a number of illegal mining operations in the area, following persistent cries for action by the locals.

According to the authorities, the mines belonged to rebel group ELN. Locals, however, have long claimed neo-cartel “Los Rastrojos” were running illegal mining operations in the area.

Witnesses told the presumed killers were not wearing the red and black bracelets of the ELN.

In Llorente, a municipality on the border with Ecuador, two brothers of the Awa indigenous group were also murdered by unidentified armed men.

Over the weekend, a member of the same tribe was assassinated in Barbacoas.

On Friday, an indigenous leader was murdered in an apparent robbery.

The human rights office called for urgent intervention to curb the wave of violence that is apparently underway just as the country is preparing a peace deal with the country’s largest rebel group FARC.

Members of the FARC have been waiting to demobilize for weeks while upholding a ceasefire, leaving it unclear who is behind the killings.

However, analysts have long warned of a power vacuum in FARC strongholds as numerous groups vie to take over criminal the FARC’s activity, namely drug trafficking and illegal mining, once the group demobilizes.

In the past, random killings like this were used to terrorize the local population and establish the authority of an illegal armed group.

The areas where the killings took place have chronically been neglected by the Colombian state and are virtually lawless.