Organized crime group “Los Rastrojos” has threatened to kill black and indigenous communities who have called on authorities to shut down an illegally-operated goldmine in the region.

Following protests over an allegedly illegal goldmine ran by armed miners in the village of La Toma, Cauca, regional leaders called on authorities to act and dismantle the operation.

According to the community leader, about 20 excavators are present in the area.

However, instead of receiving support from the authorities, the community leaders decided to remove the excavators themselves after which they received a letter from the Rastrojos in which they were told that “we want a country without people like you. Let us work the mines because they belong to everyone. We are watching to see if you try to take away the machines that don’t belong to you.” 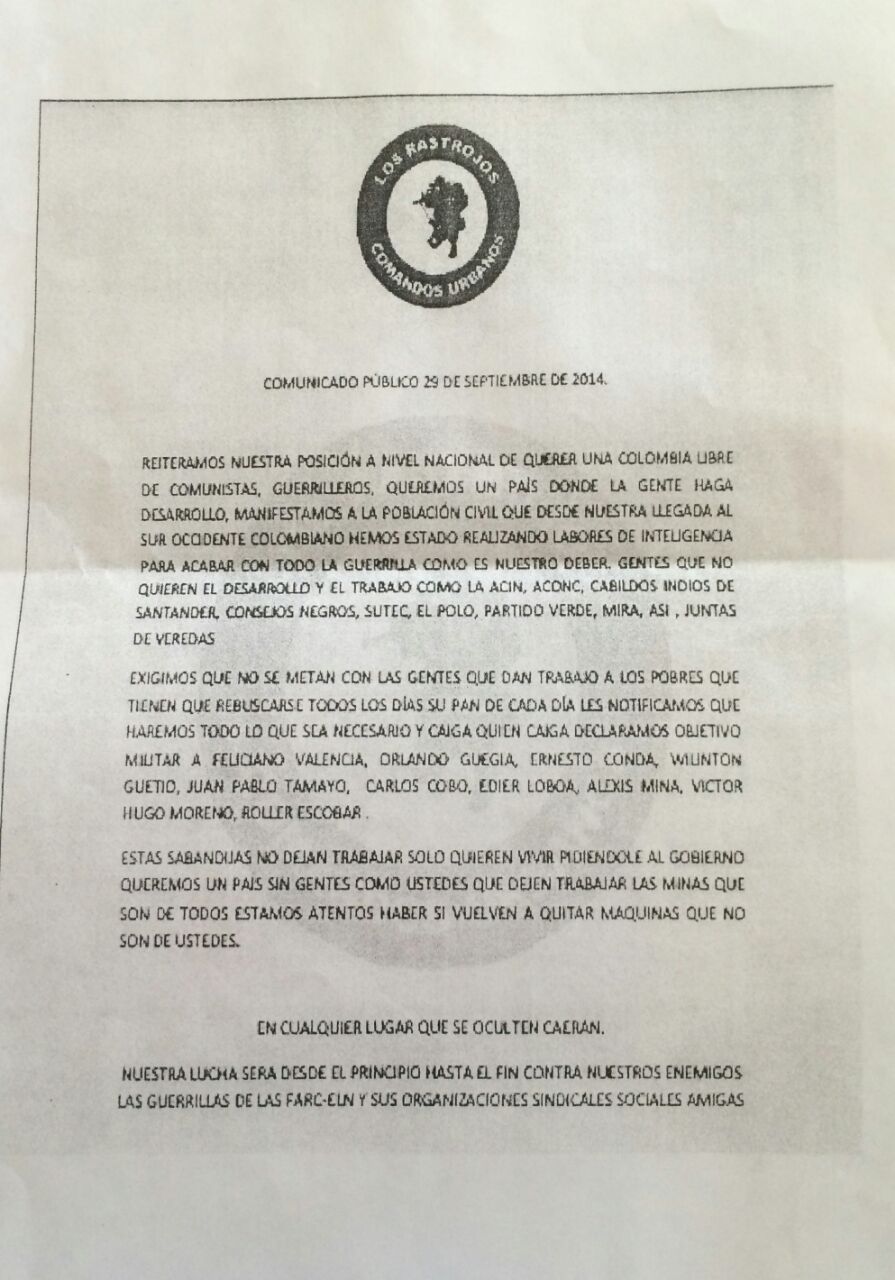 The letter from the Rastrojos

Additionally, the letter said “we have been carrying out intelligence work since our arrival in southwestern Colombia in order to eliminate the guerrillas and the people that don’t want development and work such as the ACIN, ACONC, indigenous cabildos of Santander, black councils, SUTEC, Polo, Green Party, MIRA, ASI, and community assemblies,” the organizations that had protested the mine.

The threat had the logo of Rastrojos’ “Urban Commandos,” that commonly appears on death threats sent to apparent political or economic enemies.

A member of the NGO Afro-Colombian Solidarity Network brought the complaints to the local and national authorities.

According to him, he was told the authorities were “aware” of the situation and “working on it.” As of yet, authorities have failed to take action, the member told Colombia Reports.

“Everybody in Colombia is aware of the situation. Yet nothing happens. And it sends a clear message that their lives don’t matter. I think it’s in part a question of economic interests and I also think it’s a question of endemic racism,” said the member of Afro-Colombian Solidarity Network.

ACSN are calling to confiscate the illegal mining machinery, investigate who sent the threats, and protect the communities and their leaders.