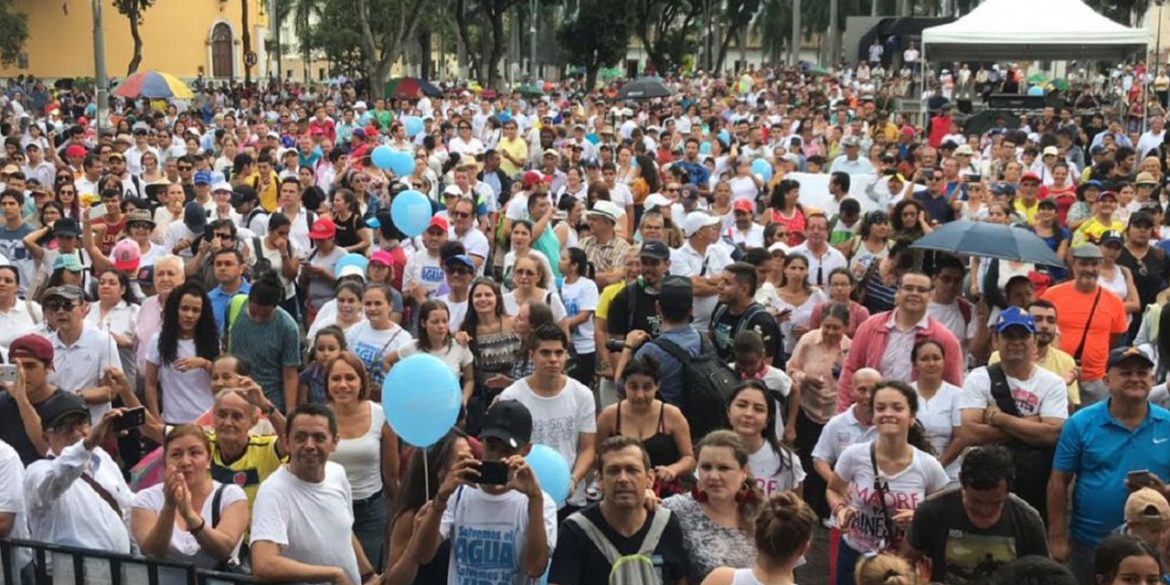 More than 50,000 people reportedly took to the streets in northeast Colombia on Friday in an attempt to end a $1 billion gold mining project they say will pollute their water supply.

The protesters in Santander capital Bucaramanga, a city of half a million people, want mining company Minesa to abandon its controversial plans to mine for gold in the nearby Santurban paramo.

The United Arab Emirates reportedly invested $1 billion in Minesa, but the project is opposed by a large number of people in the Santander province, which is largely dependent on the paramo for its drinking water.

I had to leave my son to take care of my empanada business. On a Friday afternoon I sell more than 200, the place fills up a lot. But I felt the commitment to participate in the march to defend the paramo Santurban. We cannot be indifferent in this matter.

Minea CEO Santiago Urdinola disregarded the public outrage last month in a video that was leaked last month and claimed to already have a counteroffensive ready.

The CEO, who used to be the head of Colombia’s former mining association, said that as long as he is able to convince Bogota decision that the public protests were promoted by leftist opposition Senator Gustavo Petro, a fierce critic of the administration of President Ivan Duque, “we are okay.”

If I set the world on fire but they feel okay in Bogota, we are okay!.. and if our story makes them believe that Petro is just marching to take down the government, then they will say, “I will not let Petro take down that license, I will grant that license.” This is what works for us!

Whether this plan will still work after it was made public is unlikely.

Following the controversy triggered by Minesa’s CEO, the Transparency Secretary of President Ivan Duque, asked to closely monitor the company for “possible acts of corruption around the application for an environmental licence processed by Minesa.”

The mining company wants to investment of UAE’s $1 billion over the next five years, and hopes to produce 410,000 ounces of gold per year for a period of 20 years.

The Soto Norte project is opposed by locals who are concerned over their water supply and others who oppose the destruction of one of Colombia’s most unique ecosystems.