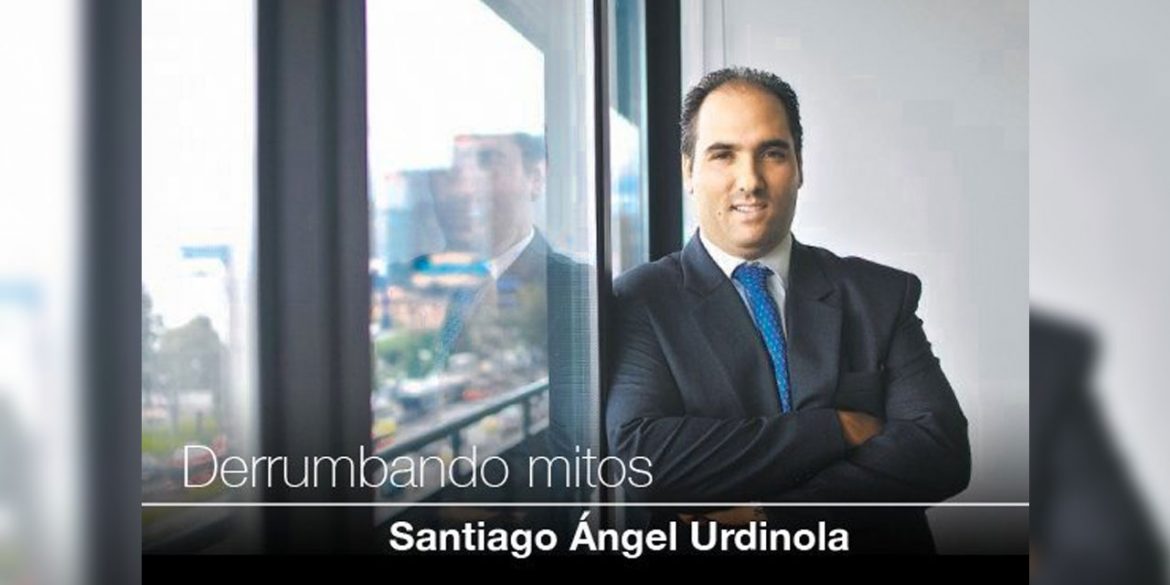 The former head of Colombia’s mining association ACM and CEO of gold mining firm Minesa has been caught on video saying that “communities don’t matter” for decision makers in Bogota to approve mining projects.

In a leaked video, Minesa CEO Santiago Urdinola said that widespread protests against the development of the country’s largest underground gold mine can easily be countered by black propaganda.

Minesa, which is largely owned by the United Arab Emirates, wants to mine for gold in the Santurban region, but is fiercely opposed in the region because the paramo supplies the drinking water in the Santander province and is largely a nature reserve.

But these local protests are irrelevant as long as the mining company is able to blame the protests on Senator Gustavo Petro, one of President Ivan Duque’s most vociferous opponents in Congress.

If I set the world on fire but they feel okay in Bogota, we are okay!.. and if our story makes them believe that Petro is just marching to take down the government, then they will say, “I will not let Petro take down that license, I will grant that license.” This is what works for us!

“There’s going to be a lot of media pressure here. The media like the story of the community that is brave, not the story of those we have helped, of the children who go to school and of which there is drinking water thanks to Minesa.

“The story is that of the community that feels they are going to be resettled. There are 50 families that we are going to take out of their territory, where they have lived for more than 100 years, because they are in the footprint of the project. That’s the media story, the one they’re going to exploit.”

The Committee for the Defense of Santurban Paramo, which opposes mining in the area, released the video and said they would be asking the country’s environmental regulator to acknowledge the clip.

Minesa has applied for an environmental license to go ahead with its mega project in the northeast of the country – which will see investment of $1 billion over the next five years, and hopes to produce 410,000 ounces of gold per year for a period of 20 years.

But the Soto Norte project is opposed by locals who are concerned over their water supply and others who oppose the destruction of one of Colombia’s most unique ecosystems.

“We strongly reject these video statements. It is a strategy against citizens, who we mobilized nine years ago to reject mega-mining in Santurban,” Mayerly Lopez of the Committee for the Defense of Santurban Paramo told W radio.