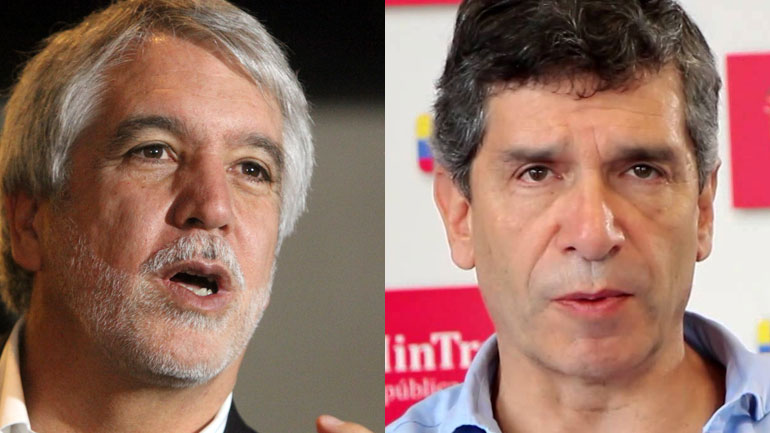 The two leading mayoral candidates in Bogota might be left off the October 25 ballot after they were alleged to have violated electoral law.

The candidacy of the most popular of candidates, former Mayor Enrique Peñalosa, was challenged before the National Electoral Council on claims he is still a member of the Green Party while running on an independent ticket with the support of the center-right Radical Change party of Vice-President German Vargas.

According to electoral law, a candidate must resign from one party one year before elections in which he runs with the support of a second party.

The runner up according to Gallup, Liberal Party mogul Rafael Pardo, risks exclusion from the elections held in less than two weeks because he replaced Mayor Gustavo Petro last year after the latter was temporarily ousted.

Colombia’s electoral law also dictates that a candidate may not have served as mayor in the period preceding the election.

The lawsuits threat to completely disrupt the elections that are led by both candidates who are trying to prevent a candidate from the left-wing Polo Democratico Party (PDA) to take office for the third consecutive term.

Ironically, if both candidates are removed, the most likely winner would be the PDA’s director and candidate, Clara Lopez.

Pardo’s complaint, filed by the Inspector General’s Office in late August, is based on article 38 of law 617 that says that “mayors, also those who replace them in office, may not … register as candidates for any public office during the period for which he was elected.”

The complaint filed against Peñalosa would be more difficult to sustain as the Green Party itself announced the candidate mayor’s official renunciation from the party. According to Green Party spokesman Luis Carlos Avellaneda, Peñalosa renounced his party membership on May 6, the same day he registered as as independent candidate with a newly formed party, Equipo Bogota.