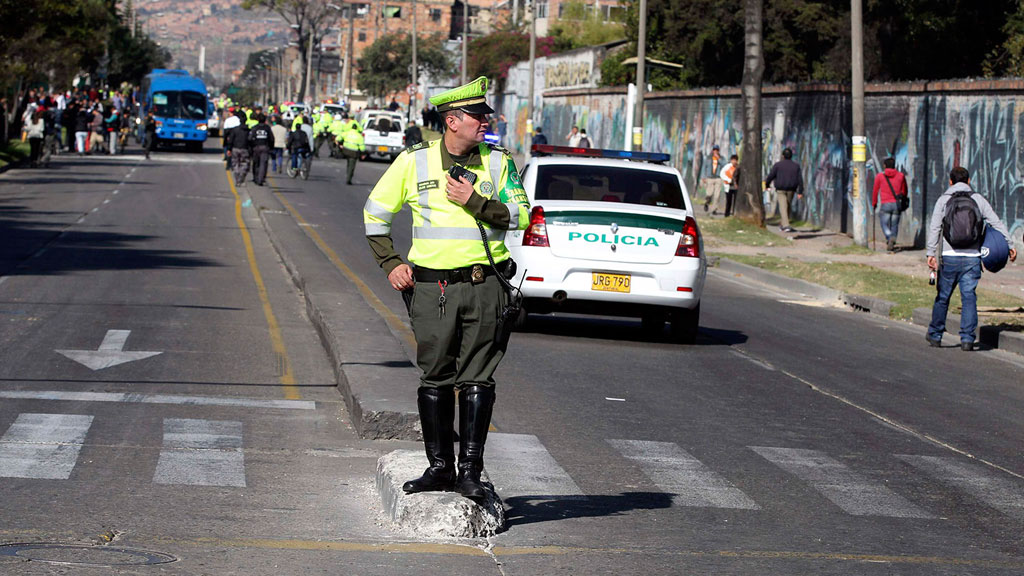 Colombia’s police on Tuesday announced it has arrested seven men believed to be responsible for a recent series of ELN-supported bomb attacks in the capital Bogota.

The National Police said in a statement that two suspects who were arrested on Tuesday are suspected of carrying out seven attacks that took place in the capital in the past two months.

So far there are seven suspects in custody for the attacks that killed nobody, but left considerable damage to public and private property, and injured a dozen people.

The two suspects arrested are alias “Conejo” and alias “Pablo,” two former guerrillas of the FARC who had reintegrated into society, but allegedly had returned to violence.

The men were arrested in the southern Huila state where officials seized two packs of ammonia nitrate, electric devices, detonating cord for the explosive fertilizer, and cell phones.

According to the statement, the country’s second largest rebel group, ELN, paid $ 8,000 for every attack against public force.

“Evidence shows that the ELN paid 20 million Colombian pesos for each explosion against the security forces. Some of that money would have come to the two former demobilized, who designed artifacts and abandoned them at night, in dark places, where they were difficult to detect.”

The country’s second largest rebel group is holding exploratory talks with the government ahead of a possible peace process and have stepped up attacks and kidnappings in an apparent attempt to increase leverage during these negotiations.