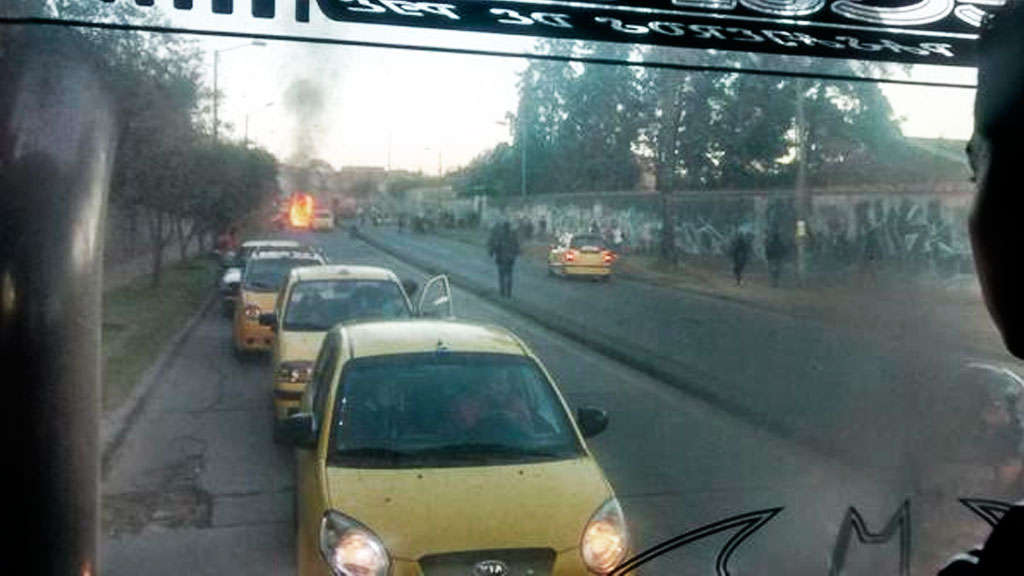 The last bomb attack took place in the impoverished south of the city.

According to Bogota’s Metropolitan Police commander General Humberto Guatibonza, the explosive devide attached to a parked motorcycle was detonated from a distance just when a number of police vehicles passed.

Apart from the five policemen, a taxi driver and a bystander were injured in the explosion.

According to Guatibonza, the bomb used on Tuesday was made similarly to one used to attack a bank in the Teusaquillo neighborhood on the other end of the city.

So far, twelve people have been injured in the attacks. Fortunately, nobody was killed in any of the explosions.

National Police director Rodolfo Palomino said he was not certain of the perpetrators, but implied the attacks could have been carried our by rebel group ELN.

The country’s second largest rebel group is holding exploratory talks with the government ahead of a possible peace process and have stepped up attacks and kidnappings in other parts of the country in an apparent attempt to increase leverage during these negotiations.