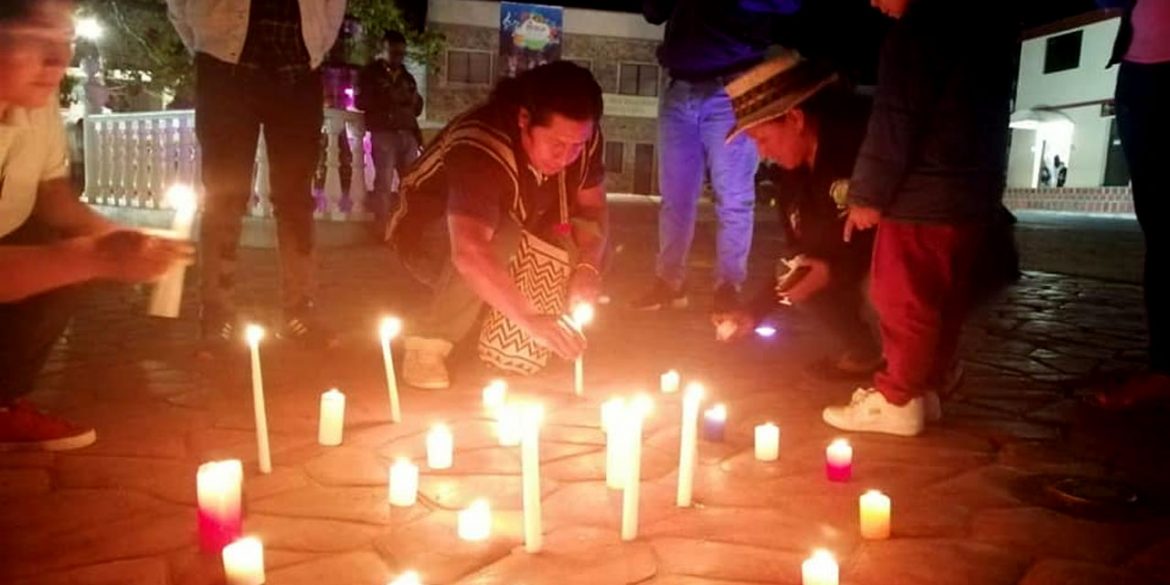 The indigenous community of the Tacueyo reserve hadn’t even buried governor Cristina Bautista and four of the community’s guards when four bodies were found in the nearby village of Santa Helena.

A fifth body was found in the neighboring municipality of Caloto.

Northern Cauca is spiraling out of control

In an interview with RCN, President Ivan Duque said he had ordered his defense minister and the commander of the armed forces to immediately travel to the northern Cauca region and take control of the situation.

The president and Armed Forces commander Luis Fernando Navarro were in northern Cauca on Wednesday for an emergency meeting over the rapidly deteriorating security situation in the region.

Defense Minister Guillermo Botero, who did not attend Wednesday’s emergency meeting, confirmed that Navarro and National Army chief General Nicasio Martinez had left for Cauca and that he would be in Cauca “to take additional actions” in the morning.

Duque had already ordered the military to create a rapid response force of 2,500 soldiers within 40 days to increase security in the region.

Indigenous authorities, who were not invited to the meeting, convened their community to take independent self-protection measures.

Unlike the previous victims, the four bodies found in Corinto on Thursday were no members of one of the native Colombian communities in the region, an indigenous representative told newspaper El Espectador.

They show signs of torture and it looks like they’ve been beheaded. Apparently they were thrown from a car and left abandoned. They are still checking identities, but they have told us is that they are not indigenous.

The systematic killing of indigenous leaders and members of the indigenous guards who are in charge of protecting native Colombian territory has increased tensions in northern Cauca to levels unseen since the demobilization of the FARC guerrilla group in 2017.

These assassinations have intensified after the apparition of pamphlets signed by the Sinaloa Cartel directly threatening indigenous authorities in August.

Indigenous organizations have been outspoken supporters of the peace process with the FARC that is fiercely opposed by Duque’s far-right Democratic Center party.

Despite the rapid increase in deadly ethnic violence, the president announced no concrete action until after the murder of the governor enraged the country and protests were announced.

Indigenous and black minority leaders were supposed to meet with Duque after protests in April already, but were bluntly stood up by the president.

Since then, ethnic minority leaders have said, violence against native Colombians has only gotten worse, particularly in Cauca where FARC dissidents, paramilitary groups, far-right extremists and ELN guerrillas have been vying for control over abandoned FARC territory.