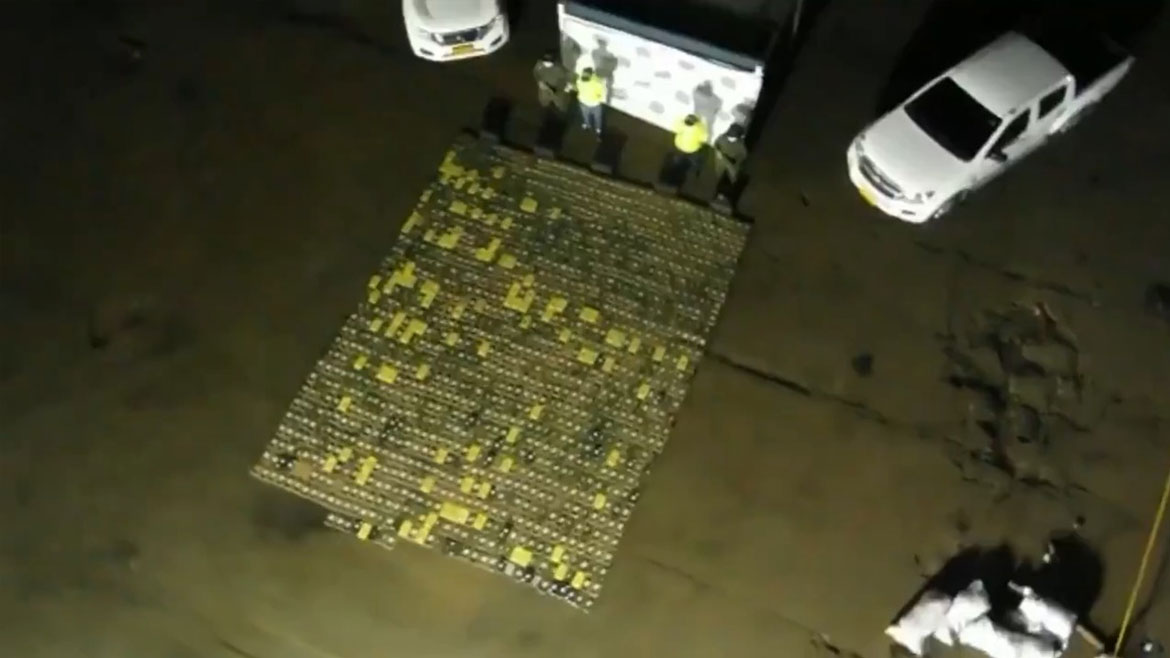 Caribbean city Barranquilla has seen a surge in violence as illegal armed groups are vying for control over Colombia’s seaports and container terminals.

According to the medical examiner’s office, 204 people were murdered in the largest port city on Colombia’s Caribbean coast in the first seven months of this year,  a 20% increase compared to the same period in 2020.

Who is fighting who? 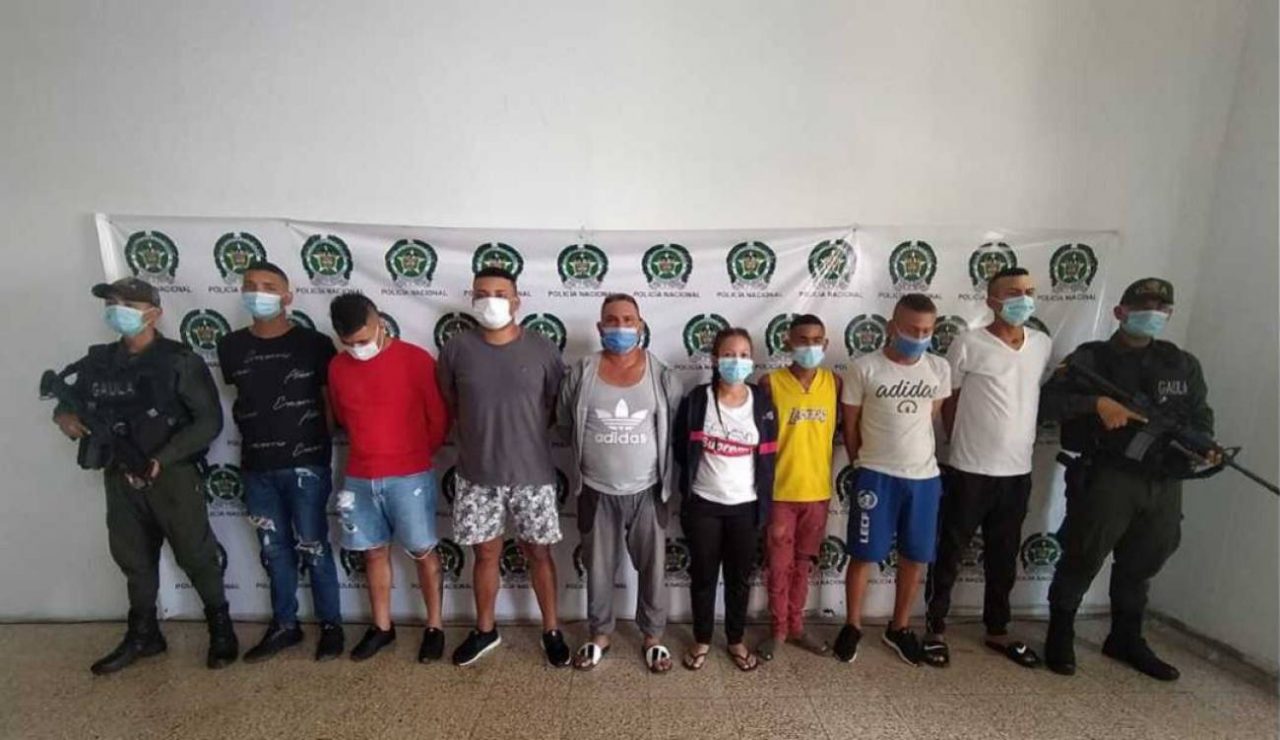 According to investigative journalism website La Liga Contra El Silencio, the violence is due to a war between local crime syndicate “Los Costeños” and Colombia’s largest paramilitary organization AGC.

“Los Pachenca,” a drug trafficking group from the nearby port city of Santa Marta, would also be trying to assume control over the port city.

This annual profit of the estimated 300 locations where drug dealers provide locals with drugs would be $30 million, La Liga calculated based on 2015 estimated of the National Planning Department.

In order to control this local industry, the AGC and the Costeños would have to submit almost two dozen gangs that manage these “ollas,” according to the local university’s Citizen Security Observatory.

These neighborhood gangs are mainly active in the impoverished south of Colombia’s largest port city on the Caribbean where each historically maintained their turf.

Almost 82% of the murders registered in Barranquilla this year were due to gun violence compared to 73% in 2019, indicating that the AGC and the Costeños are using violence if gangs refuse to join them voluntarily.

Barranquilla’s security crisis appears to have more reasons than the alleged war between the AGC and the Costeños as street crimes like armed robberies has also surged.

According to national statistics agency DANE, Barranquilla saw the sharpest increase in poverty of all Colombia’s major cities last year.

More than 41% of the port city’s 1.2 million inhabitants would be living below the poverty line. Almost 13% of the people Barranquilla would be on the brink of starvation.

According to the central bank, the sharp increase in poverty would have hit the southern part of the city’s metropolitan area hardest.

In Soledad, the densely populated suburb in the south of Barranquilla’s metropolitan area, half of the people would be living below the poverty line.

However, crimes that could be attributed to increased poverty levels like street robberies barely went up unlike violent crime associated with gangs.

The drug trafficking elephant in the room

According to the Citizen Security Observatory, deadly violence has been most intense in the southwest of Barranquilla where the majority of gangs are located.

The neighborhoods that border the port city’s container terminal in the southeast have also seen extreme violence, but the violence near one of Colombia’s biggest ports has been ignored. 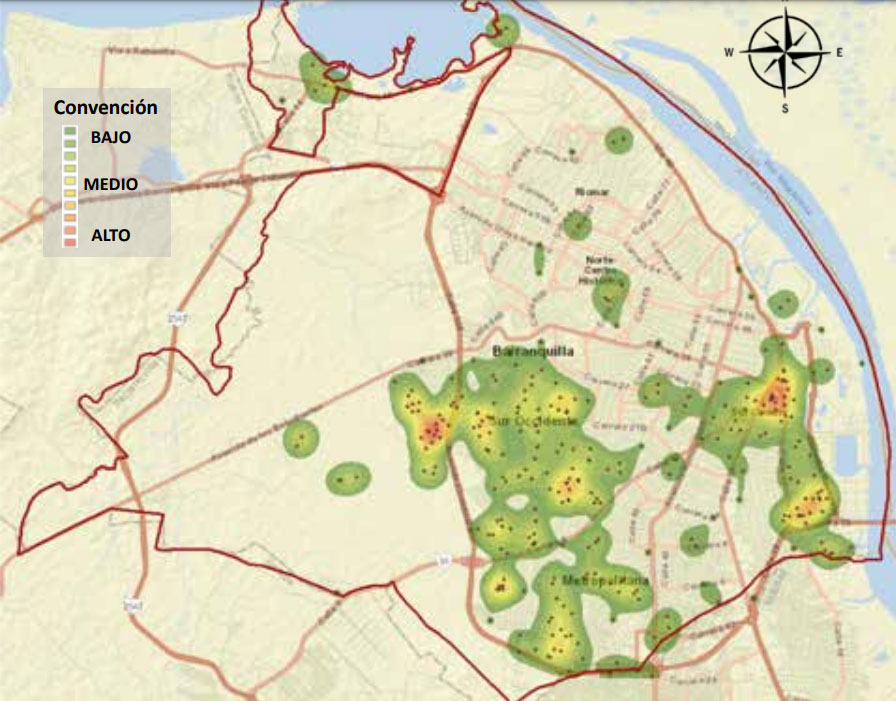 Barranquilla’s container terminal has been one of Colombia’s biggest drug trafficking hubs since the 1960’s when the country’s main illicit export was marijuana.

The port city became of major importance for the export of cocaine in the 1990’s when drug traffickers began promoting  domestic production instead of importing the illicit drug from Bolivia and Peru.

Over the past few years, cocaine production has surged in the northern Catatumbo, Bajo Cauca and Southern Bolivar regions that are relatively easy to reach from Barranquilla.

This year alone, counternarcotics police have seized cocaine with an estimated value of more than $7 million in the port city’s container terminal alone.

2021 cocaine busts in and from Barranquilla

The narcos and the local elite 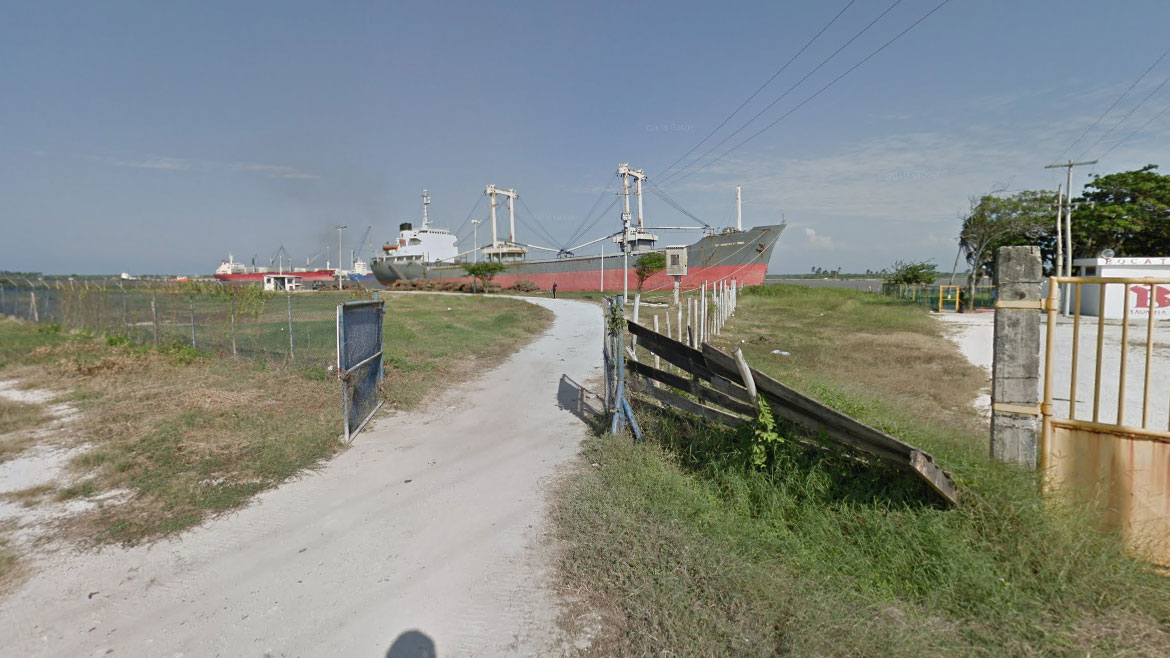 Like Mayor Jaime Pumajero, Duque and Molano stressed the importance of their “Plan 100 Against Drug Dealing,” but avoided any mention of the container terminal of Colombia’s largest port on the Caribbean coast.

This terminal is party owned by the controversial Char Clan, the political patrons of Pumajero, perhaps the president’s most powerful political allies and in control of much of Barranquilla’s economy.

The clan has also been tied to the predecessor of the Costeños and the AGC, now-defunct paramilitary organization AUC, and countless corruption scandals.

One convicted clan member, former Senator David Char, was allowed to leave prison in 2019 on the condition he would expose his criminal associates in Barranquilla.

The narcos and the police 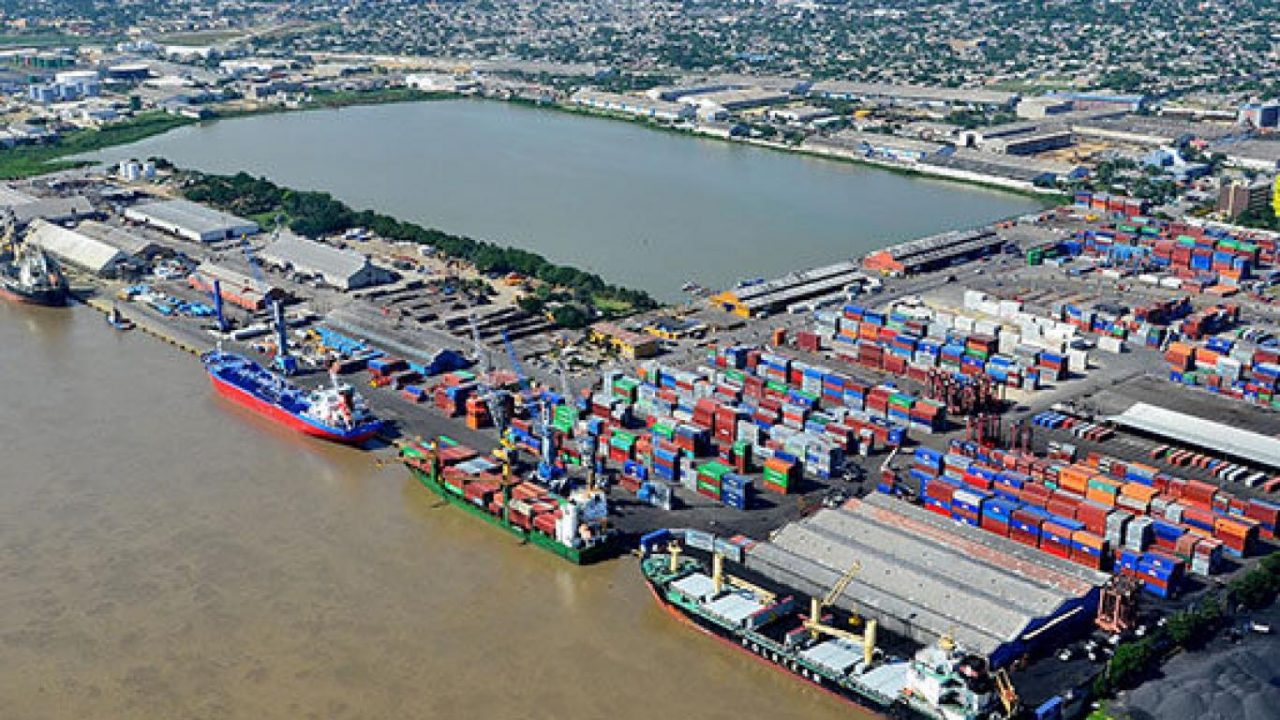 The Barranquilla Police Department has also avoided mentioning the port despite its evident importance for the AGC and the Costeños’ drug trafficking activities.

General Diego Hernan Rosero, Barranquilla’s police chief, admitted earlier this months that “exhaustive investigations” confirmed that the AGC “has an interest in the control of drug trafficking and associated crimes that allow the financing of its criminal structure” in the port city.

In an interview with local newspaper El Heraldo, Rosero downplayed the paramilitaries’ importance in Colombia’s largest port city on the Caribbean coast, however.

According to the local police chief, the AGC’s drug trafficking revenue would be “$210,000 (COP800 million) a month” with which they allegedly finance their activities in Barranquilla.

Rosero told the local newspaper that the paramilitaries would be “using the coastal area” north of the city for their drug trafficking activities.

Police intelligence unit DIJIN has been investigating the local police department, which has long been involved in drug trafficking.

Recently leaked wiretaps imply that local police continue to be involved in the export of cocaine through Barranquilla’s port.

Elkin: You still haven’t loaded?
Victor: No and Aldo left to look for money to give to the cop
Elkin: Where is he?

Victor: On the ship.
Elkin: Where?!

Victor: On the ship! We’re waiting there.

Local cops’ and port workers’ involvement in Barranquilla’s cocaine exports were confirmed by the prosecution in July when one police officer and six port officials were arrested.

The seven detainees allegedly had formed a drug trafficking group called “The Planners,” which allegedly helped drug traffickers move cocaine into the port and at least one container that was waiting to be shipped to France.