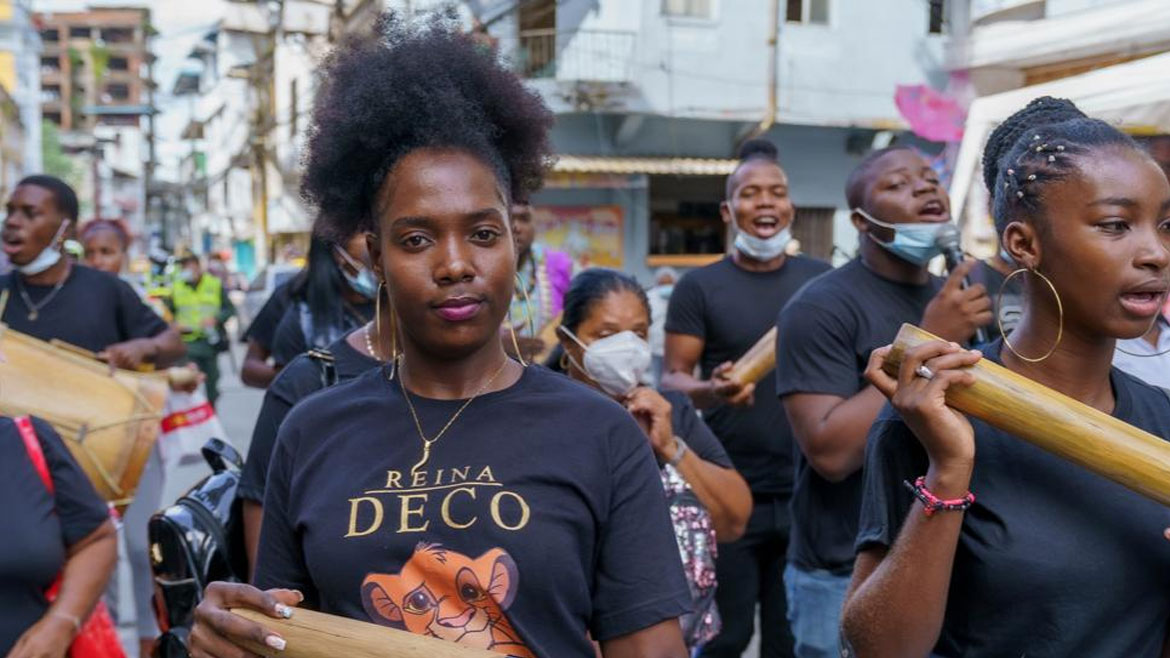 Homicides in Buenaventura have surged amid the latest turf war over who controls the Pacific port city with one of Colombia’s largest shipping container terminals.

Buenaventura’s authorities reportedly counted 123 homicides in the port city that processes approximately 40% of Colombia’s imports and exports so far this year.

Violence not seen in more than a decade

How many bodies of people who disappeared have been dumped in the mangroves and rivers that surround Buenaventura is unknown.

The most recent numbers are from April when authorities said that 13 people had been reported missing in the first three months of this year.

More than 100 people were driven out of their homes in the past week alone as the illegal armed groups are subjecting Buenaventura to levels of violence the locals haven’t seen in more than a decade.

Local youth took to the streets on Saturday to reject the latest wave of violence that has victimized approximately 80% of the city during decades of government neglect and corruption.

The protests surged despite claims by the police chief of the Valle del Cauca province, Colonel Jorge Urquijo, who said a week before that more than 260 alleged gang members from Buenaventura have been arrested and more than 4,000 kilos of cocaine have been seized in the port city so far this year.

These alleged results fail to improve security in Buenaventura as corruption appears to be undoing efforts to effectively enforce the law.

A customs official who was arrested in March for allegedly moving cocaine into the container terminal, for example, had apparently gone back to work after his arrest on money laundering charges in 2019.

President Ivan Duque in April announced the arrest of a former customs executive, but forgot to mention that also this official had already been arrested, but released in 2020.

The prosecution apparently failed to press criminal charges against the customs chief who laundered more than $1.3 million in drug money, according to the FBI.

Buenaventura’s port is one of Colombia’s biggest hubs, including for the legal import of chemicals used for the production of cocaine and crack.

Some 75% of Colombia’s export licenses for hydrochloric acid, a chemical used to produce cocaine, are issued by the Sociedad Portuaria Regional de Buenaventura SA (SPRB), the company that runs the city’s port.

The same firm facilitates the import of more than 30% of Colombia’s imports of sodium bicarbonate, which is used to turn cocaine into crack.

This agreement for the Sociedad Portuaria Regional de Buenaventura implies we show our customers that in this terminal the safety of their cargo is among our priorities, as well as the efficiency in our productivity rates.

The gangs have been subjecting Buenaventura to terror amid growing unrest about the devastating consequences of government corruption and neglect.

According to a 2020 study by the city government, 82% of the port city’s resident were living in extreme poverty, of which 41% were virtually on the street.

According to the local Chamber of Commerce, this would be partly due to the fact that 30% of Buenaventura’s population was unemployed last year.

Colombia’s failing state | Part 2: who is the boss in Buenaventura?

Comptroller General Carlos Felipe Cordoba announced a preliminary investigations into the government contractor that is supposed to  provide school meals to some 45,000 of Buenaventura’s poor children last month last month

“It isn’t right they don’t provide our kids with what they need for their nutrition,” said Cordoba 10 months after the Inspector General ‘s Office warned that the children were not given without the proteins necessary for their development.

These irregularities would be the responsibility of some NGO managed by Bogota food manufacturer Agrobolsa, which got its first  $2.2 million contract from the jailed former mayor to feed the city’s children for half a year.

Seventy percent of the city was left without running water in the middle of the coronavirus pandemic last year because Hidropacífico, the government contractor that was paid to maintain the city’s water supply for 18 years, spent the budget on other things.

In order to provide the city with drinking water anyway, the city took part in a dodgy financial scheme of incoming central bank chief Alberto Carrasquila, which allowed the city to borrow $11.4 million the construct pipelines.

The majority of these pipelines were never built, but the scheme did leave the city hall with a $61.1 million debt.

Four years after the people of Buenaventura rose up against the government corruption despite the paramilitary oppressions, and shut down the port to force the government to stop robbing them, the Duque administration appears to insist on doing exactly that while the local mafia is trying to suppress any form of protest.