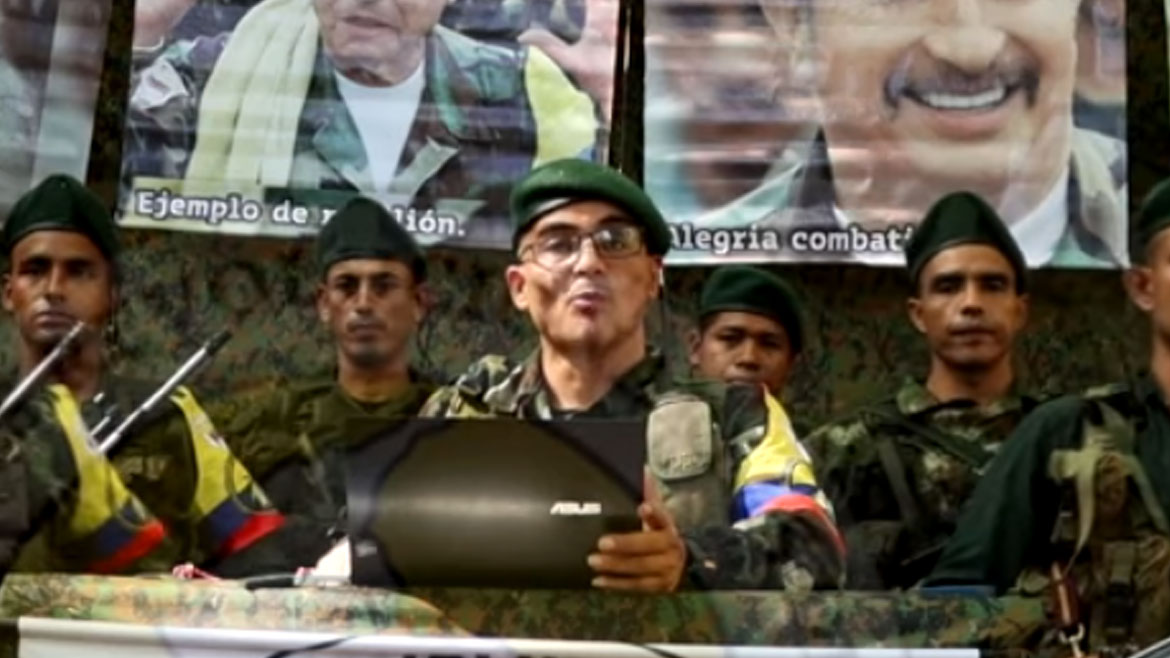 The guerrilla organization of FARC dissident leader “Ivan Mordisco” received intelligence from paid informants from inside Colombia’s government, according to a leaked prosecution report.

Paid State and civilian informants for years sabotaged authorities’ attempts to either kill or capture one of Mordisco’s most important lieutenants, “Mayimbu,” who was the commander of the so-called “Western Coordinating Command” (CCO) until his death in June.

The CCO is an organization formed by rearmed former FARC guerrillas from southwest Colombia that obeys orders from Mordisco, whose so-called “Southeastern Bloc” has rejected a peace deal between the now-defunct guerrilla groups FARC and former President Juan Manuel Santos since before its inception in 2016. 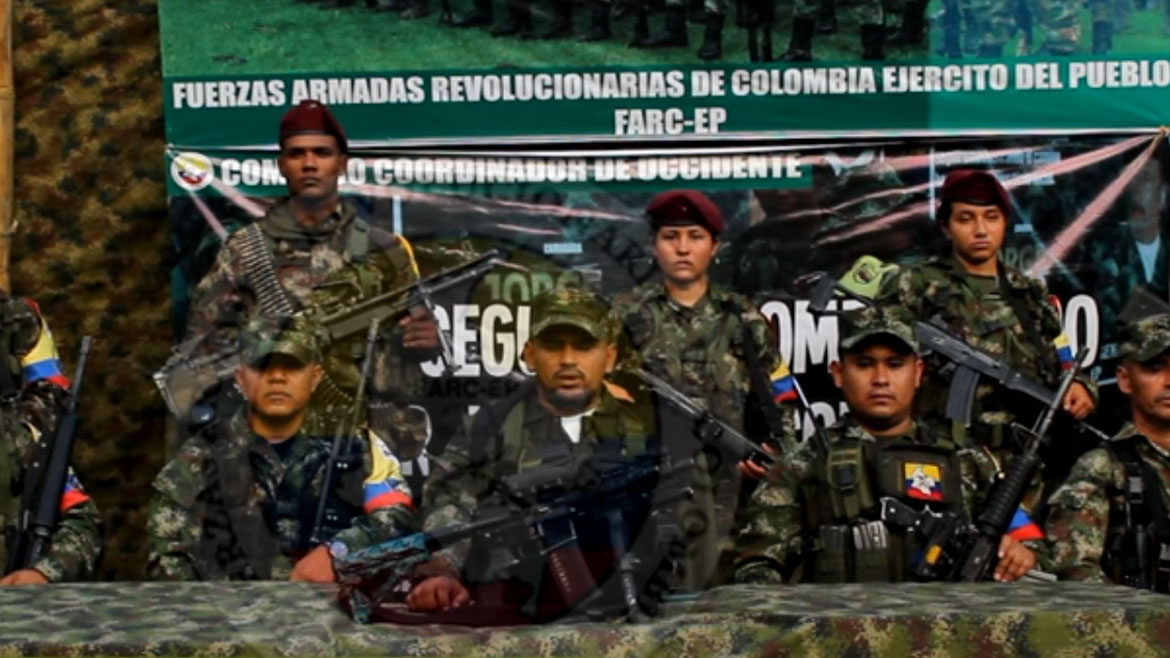 According to the leaked prosecution document, Mayimbu was able to roam freely in southwest Colombia because of a network of paid informants inside “government organizations” and the region where his guerrilla organization has recovered territories that had been abandoned by the FARC.

The prosecution report did not specify which State officials would be on the FARC dissidents’ payroll.

Extremely violence targeting locals have additionally made it virtually impossible to notify authorities about the whereabouts of Mayimbu and his successor, Andres Patiño, a.k.a. “Mocho.” 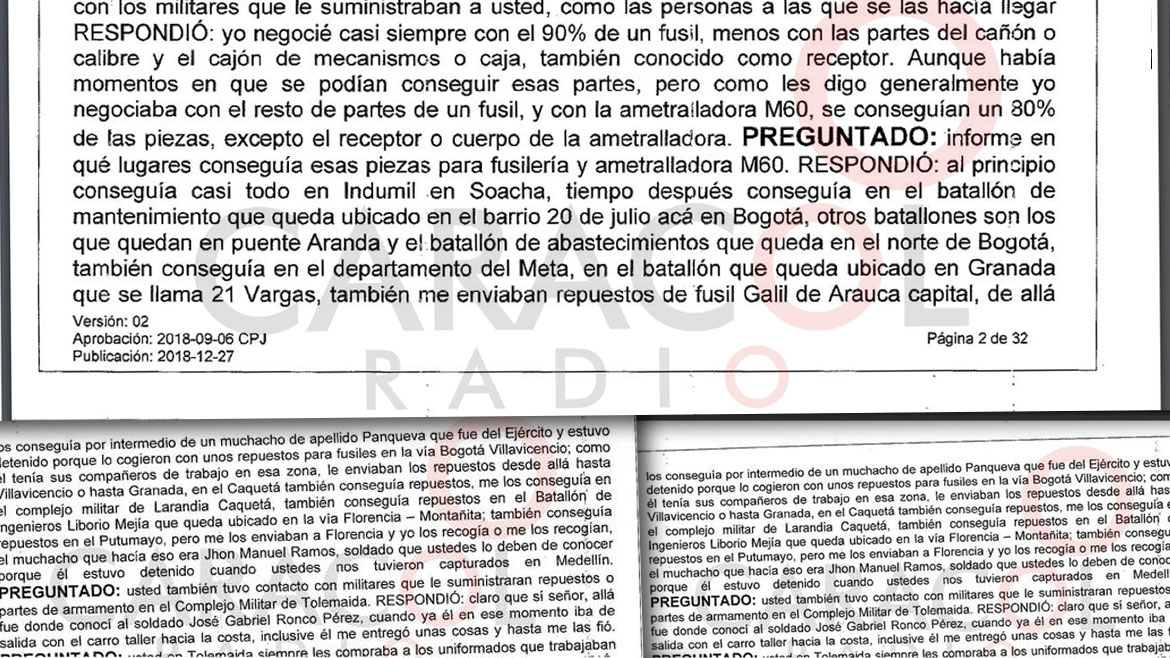 Copy of transcripts of witness testimony on arms trafficking in the military. (Image: Caracol Radio)

This network has been accused of stealing arms from at least eight military compounds throughout Colombia and selling them to illegal armed groups like Mordisco’s guerrilla organization.

According to the testimony of one of these alleged arms trafficking, the Colombian military’s weapons manufacturer Indumil would also be involved in the illegal arms trade, which has given Mordisco’s guerrillas and other illegal armed groups access to huge shipments of ammunition and weapons, including rocket launchers.

The testimony released by Caracol Radio confirms the conclusions of a 2019 counterintelligence report, which included evidence indicating that arms manufactured in Indumil were funneled to illegal armed groups in collusion with top officials in charge off preventing exactly that.

One army major, one colonel, one lieutenant colonel, three sergeants, two policemen, multiple professional soldiers and more than 25 civilians were indicted on charges they were selling weapons that had been stolen from military compounds  throughout Colombia to illegal armed groups like Mordizco’s group, guerrilla organization ELN and paramilitary organization AGC.

Who is the military working for?

Between 2018 and the revelations of the latest scandals, 10 army generals and dozens of other top-commanders were either arrested or sacked becaue of their ties to organized crime groups, on extortion charges, financial fraud and even because they were illegally spying on the Supreme Court and journalists who were investigating military involvement in organized crime.

The scandals and rampant human rights violations have destroyed public confidence in the military and presumably has affected the security forces capacity to attend a public security crisis that is particularly affecting Colombia’s Caribbean regions that is virtually government by drug traffickers and the rural south of the country where guerrillas have expanded their control.

Despite the countless criminal allegations, the former commander of the National Army, retired General Eduardo Zapateiro, told government-loyal newspaper El Tiempo that only 14 members of the military were the subject of disciplinary investigations.

Also Zapateiro was charged with corruption in 2020, but this investigation has been bogged down because the judge investigating the former army commander has been receiving death threats ever since she was assigned the case.

Investigations into other former military commanders have also shown little progress because of the intimidation of judges and witnesses, and the apparent reluctance of Prosecutor General Fancisco Barbosa to challenge the allegedly criminal former generals and their association, Acore.

The main victims of the military corruption are citizens living in regions controlled by illegal armed groups and the soldiers who are expected to risk their lives to conseal their commanders’ alleged intimiate relations with Colombia’s criminal economy.