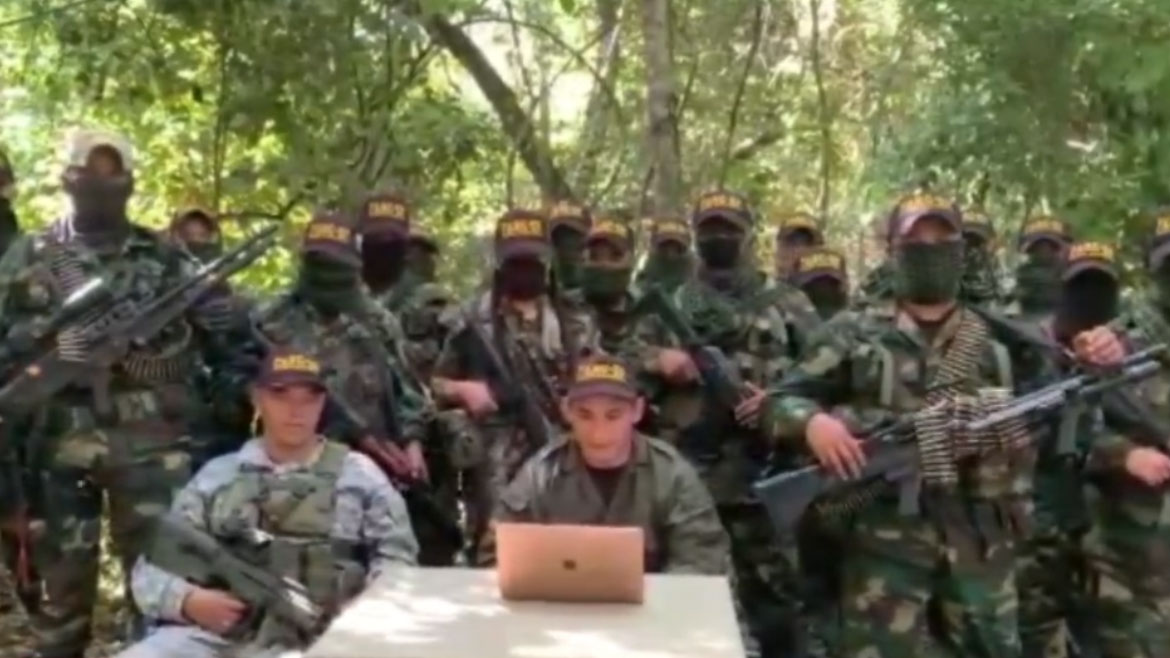 In an interview, Peace Commissioner Danilo Rueda said that Marquez’s guerrilla group “Segunda Marquetalia” was “one of those who have sent messages” agreeing to peace talks.

This implies that all Colombia’s major guerrilla organizations would be willing to negotiate their demobilization and disarmament with the government.

This proposal seeks the demobilization and disarmament of all Colombia’s illegal armed groups in order to expand a peace process that followed a 2016 deal with guerrilla group FARC.

The FARC dissidents and “Total Peace”

Segunda Marquetalia is one of three major guerrilla organizations that was formed by former FARC guerrillas how either rejected the 2016 peace deal or rearmed during the ongoing peace process.

The first to accept Petro’s invitation was the commander of the so-called Southeastern Bloc, “Ivan Mordisco,” who refused to take part in the peace process agreed by the FARC and former President Juan Manuel Santos.

Guerrilla organization CCO has said that Mordisco also represents their FARC dissident groups that are active in the southwest of Colombia.

Danilo has also met with leaders of the ELN, Colombia’s longest-living guerrilla group, to resume suspended peace talks in Cuba.

These talks were initiated by Santos in 2017 and abandoned by former President Ivan Duque after taking office in 2018.

Informal talks about the AGC’s possible demobilization also started in 2017 and were also abandoned by Duque, whose far-right party rejects any negotiated end to the armed conflict.

The AGC is mainly influential and responsible for violence in the north of Colombia and along the Pacific coast in the west.

Among these regional organizations and those that control Colombia’s cocaine exports along the Caribbean coast and in the Pacific port city of Buenaventura.

Their possible inclusion in Petro’s peace talks would require a change of Colombian law, which currently only allows negotiations with organizations that control significant parts of the national territory.

The GDO’s are mainly active in Colombia’s largest cities where they general control historically neglected parts of the urban centers.