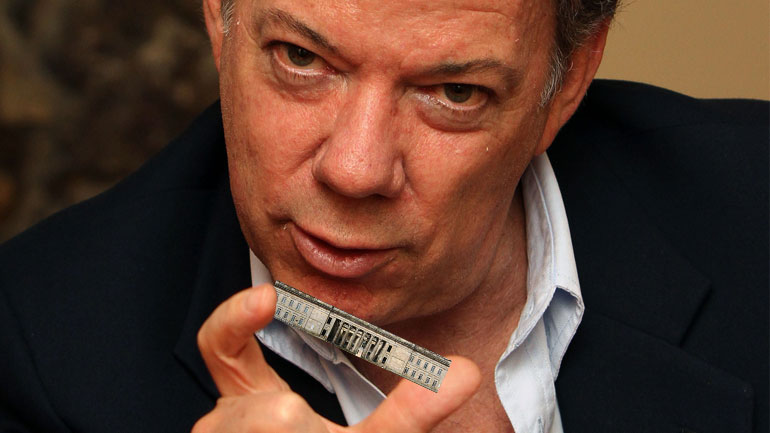 Santos first mentioned his “congresito” idea in an interview with weekly Semana on Sunday, explaining its purpose would be to accelerate the ratification and implementation of constitutional amendments as agreed with the FARC.

The proposed mini-congress would have the faculty to approve the made deals with the FARC, Santos originally wanted to have approved through a referendum.

No doubt in Havana, Colombia peace talks referendum is beyond question

The FARC have consistently asked to organize a National Constituent Assembly that would ratify the peace deal and the implied amendments of the 1991 constitution.

However, Santos has resisted this National Constituent Assembly that would have the faculty to make changes to the constitution and would involve the participation of not just political parties and the FARC, but also members from civil society.

The president is suffering abysmal approval ratings and facing fierce opposition to the talks in Congress from his predecessor, Alvaro Uribe, who — unlike Santos — can count on significant public support.

“Imagine a constituent assembly that nullifies everything that has been done,” said Santos in 2013.

Instead, he proposed on Sunday, Congress “possibly also could create a kind of ‘mini-congress’ that will develop some of the decisions from the deal.”

Santos seemed to choose his words carefully as “anything I say can be used against me because these decisions must be agreed on and can not be unilateral.”

However, on Wednesday he insisted on pushing the idea in an apparent attempt to avoid the possibility that opposition to the deal would undo peace with the FARC.

In a public speech, Santos explained that this mini-congress could consist of the members of the Senate and House’ First Commissions that deals with constitutional issues, and members of the FARC “who have the capacity to legally implement the accords.”

“It’s one of the possibilities. There’s many others, some talk about the presidential faculty, others are talking about congress itself, a constituent assembly. I mentioned this as a possibility,” said Santos.

The government and FARC rebels have been negotiating peace since November 2012 and have since reached agreement on rural reform, political participation and the problem of illicit drugs. The negotiators are now debating the final points on the agenda, “Victims” and “End of Conflict.”