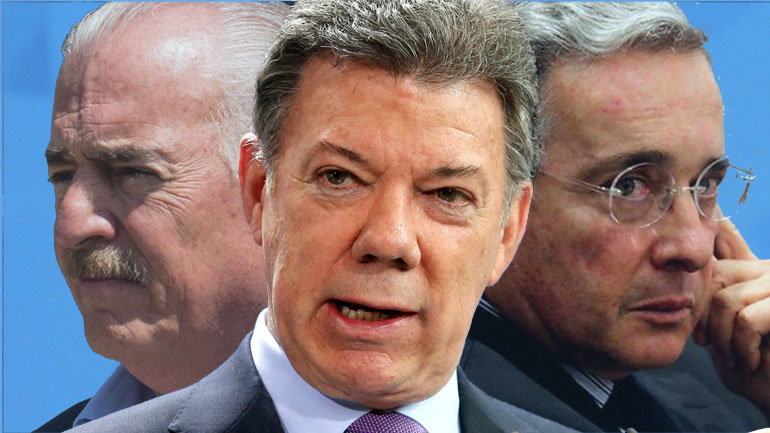 Colombian President Juan Manuel Santos asked his predecessors to join him and his US counterpart Barack Obama at the White House commemoration of 15 years Plan Colombia.

Santos will travel to the United States for an official visit at the White House in February.

During the visit, the presidents of Colombia and the United States will commemorate the US-funded joint strategy that for 15 years has sought to curb drug trafficking while funding the South American country’s military that has been fighting leftist guerrilla groups.

According to Colombia’s ambassador to Washington DC, Juan Carlos Pinzon, Obama and Santos will present a revision of Plan Colombia after presenting mixed results.

However, both Pastrana of the Conservative Party and Uribe of the Democratic Center party are strong critics of Santos for initiating peace talks with the country’s largest rebel group, the FARC, in 2012.

While the change in strategy is explicitly supported by the US, Santos’ predecessors have criticized the efforts to end Colombia’s 51-year-long peace talks through mediation rather than military action.

Santos asked both former presidents to overcome partisan issues that have ruined relations between them and said their presence at the White House “would be a good signal.”

“It would be good to have them there, they deserve to be there,” Santos told press.

“There are issues that can transcend partisan differences here in Colombia. I hope they accept this invitation,” said the president on the day that Obama reiterated Washington’s support for the peace talks.

Santos’ agenda is not exclusively reserved for the White House; The Colombian president also hopes to do an American tour to promote trade with Colombia that collapsed after the signing of a free trade agreement between the two countries in 2012.