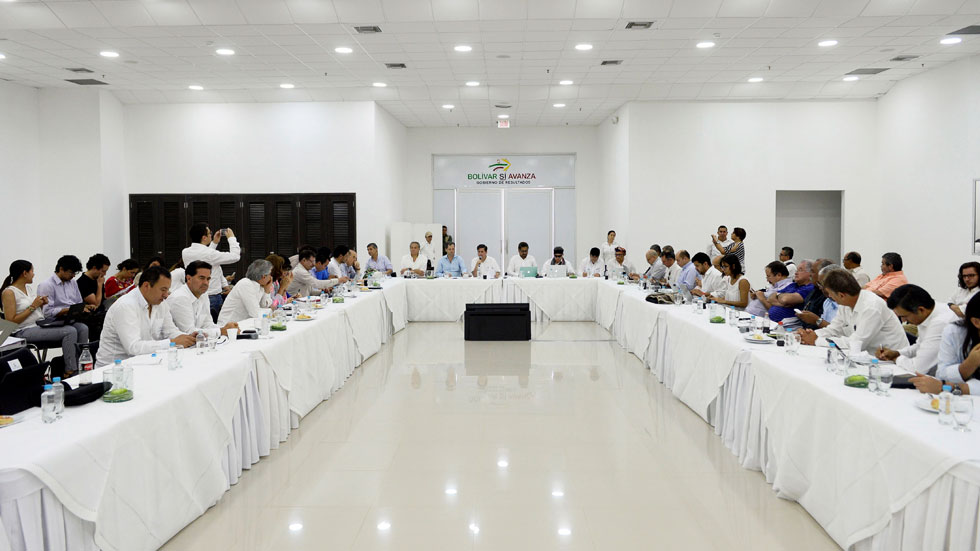 Hundred days after they signed peace, Colombia’s government and FARC guerrillas met again over the weekend and promised to speed up the implementation of peace-building measures.

The meetings began on Saturday, three days after the country lost the 27th community leader in one of the areas abandoned by the FARC since the guerrillas’ November 24 deal with the administration of President Juan Manuel Santos.

The ongoing assassination of community leaders is just one of many obstacles on what has been an excruciatingly bumpy road to peace for many.

“In no way we will allow this peace process to derail,” Santos told the FARC and government delegations before they embarked on a two-day evaluation of the heavily criticized peace process.

Santos rejected the possibility of a second renegotiation of the agreement that already was rephrased after negotiations with opponents who, led by former President Alvaro Uribe, rejected an initial referendum.

The former president, implicated in scores of human rights violations and war crimes, is seeking a second referendum to force the government to again renegotiate the peace deal.

However, that is not going to happen, said Santos.

“Some want to renegotiate [the peace deal] while half way, renegotiate after it has been signed on several occasions. No. The agreements are not renegotiable.”

Thirty-six hours later, the government and the FARC jointly presented a list of priorities that seek a more agile implementation of the peace deal and increased popular support for peace-building.

Most pressure will lie on the government, which vowed to prioritize a more speedy approval of the peace agreements in Congress that has been excruciatingly slow in approving the legislation that came with the peace accord.

In April, the government will propose to Congress the rural reform agreed with the FARC and effectively create the commission that will look for the more than 60,000 Colombians who disappeared during the armed conflict, the parties said.

The government also vowed to finish the construction of the demobilization and disarmament camps where FARC guerrillas have been staying while their legal situation is evaluated. In spite of effectively housing thousands of guerrillas, some of the camps continue to lack basic infrastructure like toilets.

In turn, the FARC vowed to surrender the names of all of its members, not just those in guerrilla units. The rebel group has an estimated 10,000 militia members who supported the guerrillas with intelligence and at times carried out attacks.

Apparently, these militia members are yet to be registered for them to either be pardoned or be sent to a transitional justice court that seeks the prosecution of tens of thousands of guerrillas, state officials and civilians accused of war crimes.