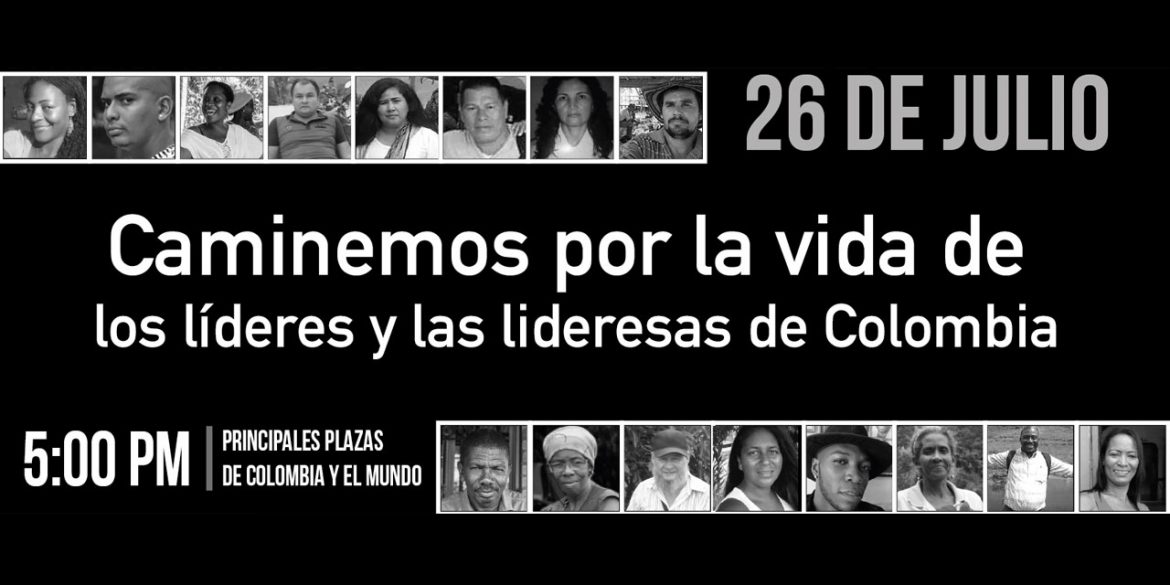 Colombia’s peace movement said Thursday that people in more than 100 cities worldwide will protest in support of the country’s human rights defenders and community leaders on Friday.

In Colombia, the organization said it has received confirmation from 57 cities and towns and that another 53 protests will be held around the globe.

The protest if organized buy Defendamos la Paz, a movement of politicians, victims, former combatants, unions and students that want to promote peace in Colombia and the implementation of a 2016 peace deal with former FARC rebels.

With the exception of the far-right party of President Ivan Duque, the protest has been endorsed by political parties from the left to the center right.

The protest was called after the murder of a community leader in the north of the country, Maria del Pilar Hurtado, sparked a wave of indignation about the ongoing mass killing of human rights defenders and community leaders.

Duque told foreign ministers on Thursday that he “joined the cause of the defense of social leaders in the country,” but avoided any reference to the mobilization boycotted only by his party.

According to the country’s Ombudsman’s Office, which has been actively promoting the march, almost 200 social leaders were assassinated between March last year and May this year.

Independent think tanks have registered more than 700 assassinations of human rights defenders and community leaders since 2016, the year that former President Juan Manuel Santos signed peace with the FARC.

The killing of leaders and demobilized members of the FARC has put major pressure on the peace process that seeks to end more than half a century of armed conflict between the former guerrillas, paramilitary groups and the state.