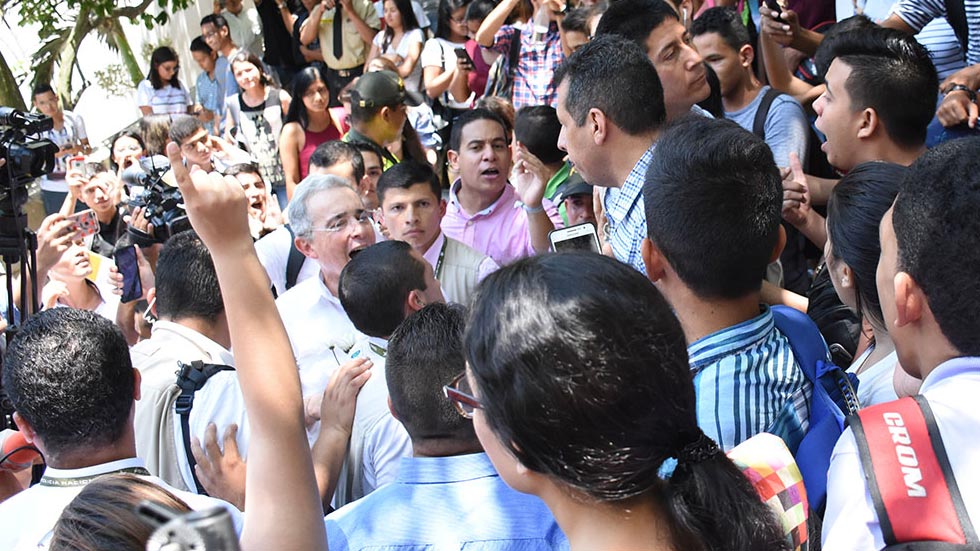 Both “No” campaigner and former President Alvaro Uribe and Senator Claudia Lopez of the “Yes” campaign were booed while campaigning ahead of a plebiscite over a pending peace deal with FARC rebels.

The hostile attitude against both politicians demonstrated the severe political divisions between Colombians in regards of the ongoing peace talks with the country’s largest and longest-living guerrilla group.

This division became clearly visible in a poll released earlier this week.

According to this poll, the two campaigns are virtually tied in the race for Colombians’ popular approval or disapproval of a pending peace deal that seeks to end more than half a century of violence in the country.

Uribe was booed in the northern city of Barranquilla after trying to giving a speech at the local university, trying to convince students to vote “No” in the plebiscite on the deal.

Opponents of the hard-line former head of state shouted “Go away” and chanted “Yes to peace” while he was trying to talk to the students.

Some students accused the former president of being a far-right paramilitary. 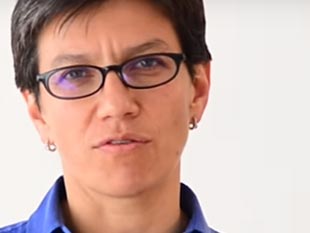 The protests impeded the president to end a round of questions and he was led away by his security detail.

Senator Claudia Lopez, a strong supporter of peace with the FARC, was met with similar hostility when campaigning in Medellin, the hometown of Uribe where the peace talks are met with great skepticism.

While Lopez was marching through the center of the city, a small group of Uribe supporters followed her and, equipped with banners, loudly accused the Green Alliance senator of campaigning for the FARC.

The street protests and similar online hostility targeting both camps are exemplary of how divided Colombia is over a deal with the FARC that includes disarming the rebels more than a half a century after they took them up.

However, a deal also implies making painful concessions in regards to justice to the group that can only count of the support of 3% of the Colombian population.

While the international community, victim organizations and left-leaning social movements support the peace deal, it has been questioned, mainly about the leniency granted to war criminals who are able to evade war crimes if they fully cooperate with justice.

Additionally, conservative Colombians are insulted that far-left designated terrorists will be allowed to take part in politics.

A demobilization with far-right paramilitary group AUC, also a designated terrorist organization, was met with great criticism from the left due to impunity granted to the paramilitaries.

However, the president who brokered that deal, Uribe, never called a plebiscite.

Uribe’s successor, Juan Manuel Santos, bet his entire political legacy on the talks but has since become a liability for the ratification as he is criticized for his handling of an economic slowdown and widely-supported rural protests demanding improved living conditions.

The president has since the beginning of his term claimed to seek unity, but his unpopular policies and disagreements with Uribe have more likely widened the division between Colombians.

This division makes it all but certain Colombians will accept a peace signed between a president and a guerrilla group they fiercely disapprove of.