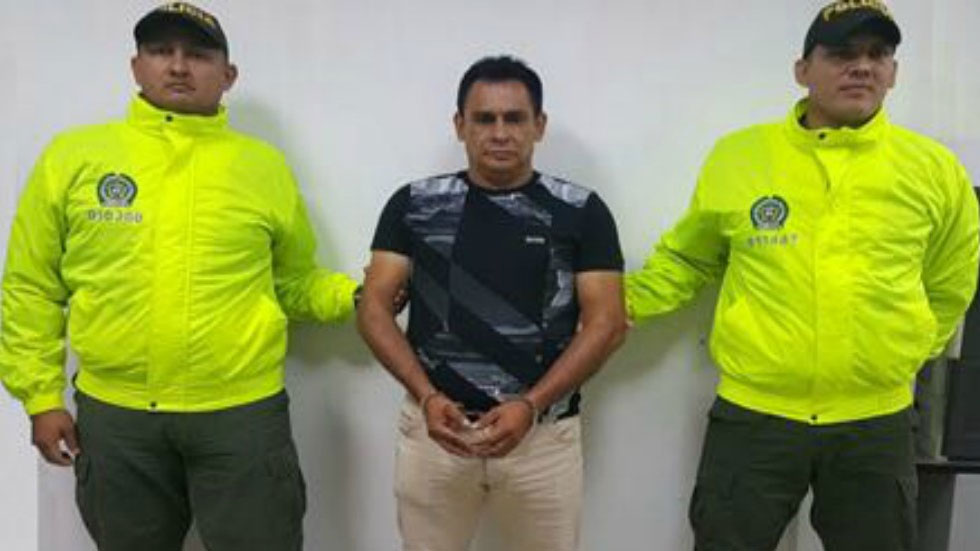 Authorities arrested the alleged central Colombia commander of drug trafficking paramilitary group AGC who has admitted to being involved in anti-leftist political violence since the 1980s.

Edilson Cifuentes, a.k.a. Richard, was the alleged commander of the Gaitanista Self-Defense Forces of Colombia (AGC) in the central Meta and Guaviare provinces and charged with multiple homicides, terrorism and conspiracy.

The alleged AGC commander is one of the most senior members of the AGC, the dissident group he joined after the demobilization of paramilitary umbrella organization AUC between 2003 and 2006.

Richard was first arrested in late 2006 and released in 2016 after he had neglected to demobilize with the AUC. While in prison, he admitted to his involvement in a number of assassinations of leftist leaders and elected officials.

The paramilitary commander reportedly was key in forming an alliance between the AGC and “Puntilla,” a drug lord who was surprisingly released from prison earlier this year and working closely with regional paramilitary groups Bloque Meta and Libertadores de Vichada.

Following Richard’s release from prison, he almost immediately continued paramilitary and criminal activity for the AGC from the city of Villavicencio, where he was arrested.

In the months he was out of prison, the paramilitary commander allegedly ordered at least eight homicides, including those of a policeman and a soldier.

Richard is one of thousands of former dissident AUC members who refused to demobilize under former President Alvaro Uribe, and instead formed or became part of Colombia’s latest generation of paramilitary groups.

After the death of drug lord and cartel leader Pablo Escobar in 1993, Richard formed a paramilitary group in Meta and joined forces with the AUC in 1997.