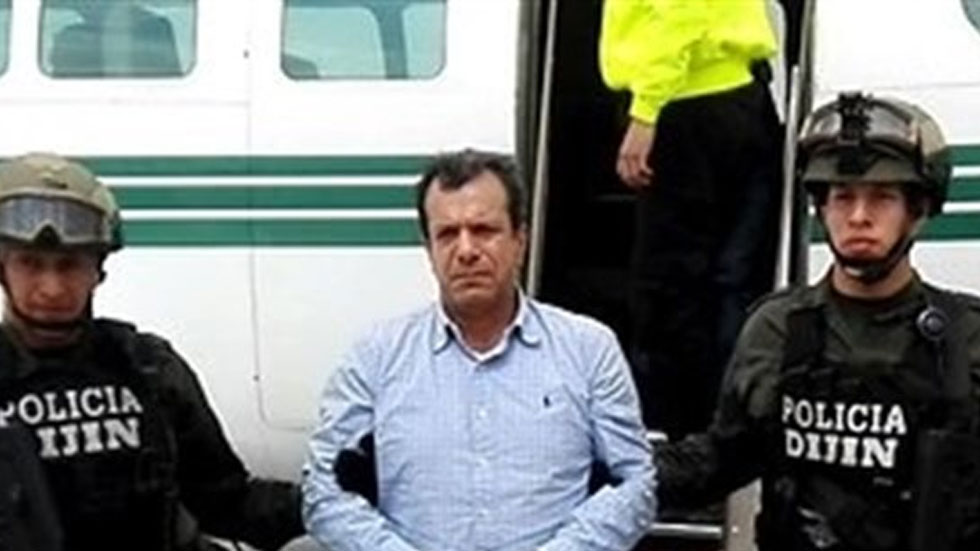 Colombia’s alleged top drug lord is again a free man after a series of surprise court rulings that allowed “Puntilla” to await pending court proceedings in liberty at home where a major criminal power vacuum awaits him.

His release is a major embarrassment for Colombia’s authorities, who even named two paramilitary groups, the Bloque Meta and the Libertadores de Vichada, after the notoriously elusive Puntilla, whose real name is Oscar Mauricio Pachon.

It is also a major threat to ongoing peace talks with Marxist FARC guerrillas who allegedly have had long ties to the alleged drug lord.

The so-called “Puntilleros'” area of influence stretches from the bottom of the Andes mountain range all the way to the Venezuelan border, covering several major fluvial drug trafficking routes.

The FARC recently abandoned the region after a peace deal with the government of President Juan Manuel Santos.

Puntilla was arrested in February 2016 on drug trafficking, terrorism and homicide charges. The years before he allegedly had been running the vacant drug trafficking rackets of “El Loco Barrera,” at the time of his arrest in 2012 considered “the last of the great capos.”

The Puntilleros are considered a Class A Organized Armed Group, together with the ELN, the AGC and the EPL.

However, according to newspaper El Tiempo, judges in both Villavicencio, Meta and Tuta, Boyaca, the alleged kingpin means no threat to society and was allowed to leave the maximum security Combita prison in Boyaca over the weekend.

Additionally, the prosecution had reportedly failed to timely substantiate the charges of homicide, drug trafficking and the financing of terrorism.

The initial release order by the court of Villavicencio spurred the prosecution to provisionally file charges of forced disappearance and, again, drug trafficking.

However, the Tunja judge considered these charges invalid and the man who once was one the country’s most wanted man was able to go free.

The release has caused a crossfire of accusations within Colombia’s justice system.

Considering Puntilla’s alleged top connections in Colombia’s political and judicial branches, the prosecution wants to investigate the judges for corruption.

The judges, however, blame the prosecution for not doing its job, adding to pressure on the institution to effectively curb Colombia’s 98% impunity rate.

Meanwhile, Puntilla’s return to the eastern plains comes at an extremely delicate time and could further destabilize the region that until recently was largely controlled by the FARC rebel group, another alleged associate of the alleged kingpin.

However, the FARC recently demobilized, leaving the region open for the local paramilitary groups to expand their power and fortune.

At the same time, dissident FARC fronts have emerged in Puntilla’s turf, causing frictions with the Bloque Meta and the Libertadores de Vichada, whose leadership has been unclear since the arrest of Puntilla.