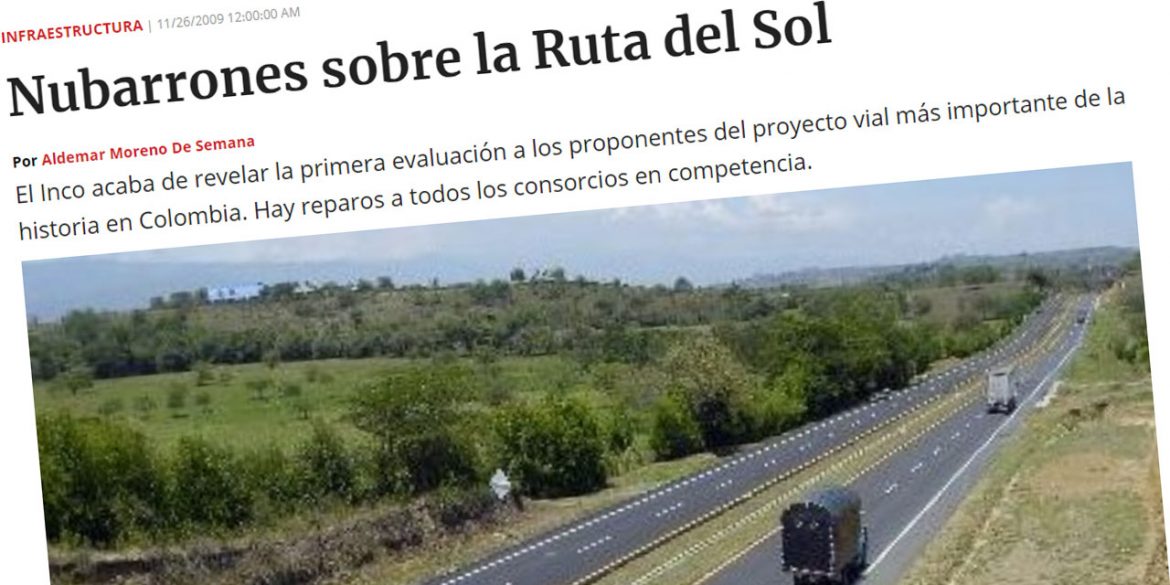 The former national news editor of Colombia’s most influential news magazine is allegedly not the only journalist implicated in the bribery practices of Odebrecht.

According to newspaper El Espectador, former Vice-Transport Minister Gabriel Garcia told a court that the Brazilians  bribed journalists to report favorably ahead of the bid of their consortium with Grupo Aval and Grupo Solarte for a major road construction project.

There were some very important journalists who supported Odebrecht’s contract, not only through a public relations campaign, but also through a campaign to discredit potential competitors.

In Peru, where Odebrecht also bribed government officials, two journalists have admitted having taken bribes from the Brazilian engineering firm.

Garcia told the arbitrary court that nullified the contract between the state and Odebrecht’s consortium that he couldn’t give any names, because this information was part of his plea agreement with the prosecution.

Garcia talked to the court about the allegedly corrupt journalists in February 2018 already, three months after he was sentenced to five years in prison.

The prosecution, which has been accused of trying to cover up the scandal, has yet to make the alleged conspiracy between journalists and the construction conglomerate public.

A Bogota court last week Inspector General Fernando Carrillo to assemble a team of inspectors to closely monitor the “erratic” prosecution after rejecting its request to drop charges against one of the suspects.

The Prosecutor’s General’s Office is reprimanded to fulfill its constitutional and legal functions and is reminded that it must prosecute crimes and those responsible.

According to the US Department of Justice, the Brazilian company spent $27 million on bribes between 2009 and 2014 in Colombia. The scandal that followed not just implicates Martinez, but also President Ivan Duque, and former Presidents Juan Manuel Santos and Alvaro Uribe.