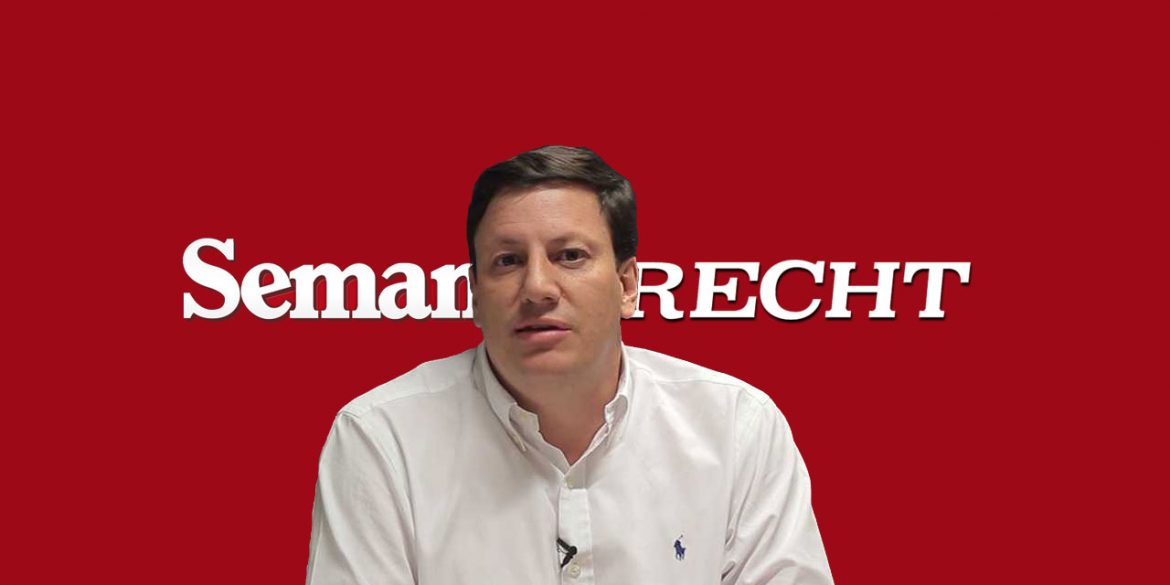 Leading Colombia news outlet Semana was embarrassed on Wednesday when a former editor was accused of setting up a meeting between Brazilian engineering company Odebrecht and a former deputy minister.

Garcia is one of the few officials serving a prison sentence after he was found guilty of receiving a $6.5 million bribe from the disgraced Brazilian multinational.

A journalist phoned me and called me to a meeting at 10 o’clock at night in the apartment of a government official, there he showed me a dossier of investigations and irregularities of the company OHL and began to speak to me of the wonders of Odebrecht… At that point I understood that it was a way of putting pressure on me through the media.

According to Garcia, he was given the impression that if Odebrecht and its local partners, Grupo Aval and Grupo Solarte, weren’t granted the Ruta del Sol II project, the former official could be tied to the Nule Group.

This Colombian engineering form that was embroiled in a similar corruption scandal in 2009 when the negotiations with Odebrecht took place.

There was a lot of media attention at the time. Off the record they told me that there was a rumor that [the contract] was going to be awarded to Nule… but the person who called me to a meeting at 10 o’clock at night was Semana journalist Mr. Jose Fernando Hoyos.

Following Hoyos’ alleged intervention, Garcia said he met with Odebrecht Colombia director Luis Antonio Bueno and that this was when the “moral degradation began” that ended with him taking the bribe and promoting Odebrecht’s interests.

“It was when I crossed the line,” said Garcia.

The court recently allowed a plea bargain with former Odebrecht executives Luiz Bueno, Luiz Mameri and Luiz Eduardo Da Rocha from criminal investigations in exchange for their cooperation with justice has given the investigation more impetus.

Bueno on Monday told the judge of a meetings held in Bogota including those with the former transport minister and Jose Elias Melo, the former CEO of Corficolombia.

The scandal has destroyed public confidence in the country’s political and judicial systems as among those implicated in the bribery scandal are President Ivan Duque, his political patron Uribe, Prosecutor General Nestor Humberto Martinez and the 2010 and 2014 campaign manager of former President Juan Manuel Santos.

The chief prosecutor and the entire Prosecutor General’s Office were removed from the Odebrecht case in December after the son of a key witness died from cyanide poisoning, three days after the death of his father. A second witness allegedly committed suicide with cyanide. Two witnesses have reportedly left the country.