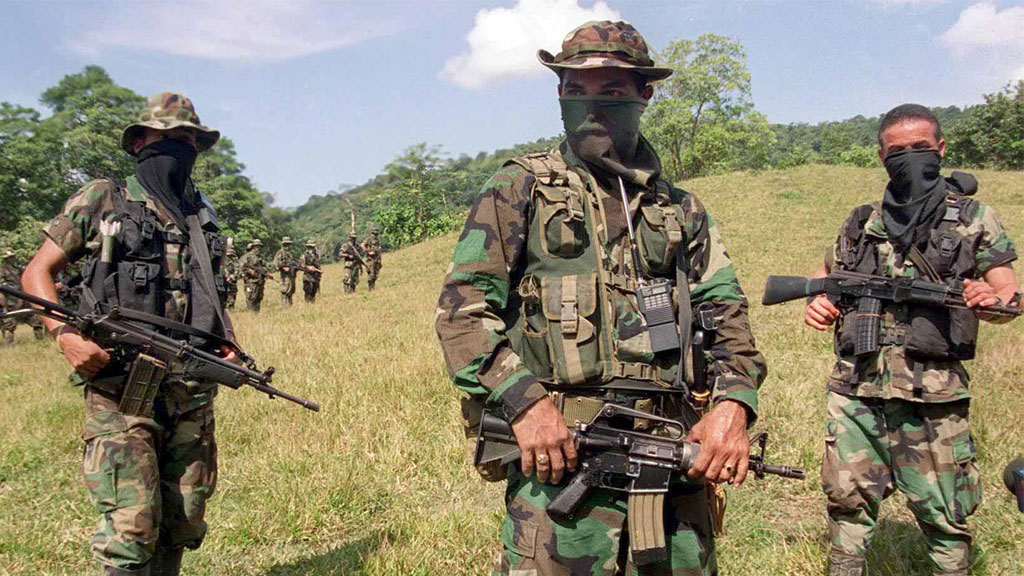 Groups that emerged from the AUC during the paramilitary group’s demobilization between 2003 and 2006 continue to be the biggest threat to public security and human rights in Colombia, the United Nations said Monday.

In its annual report on human rights in the South American country, the United Nations said that “the main challenge in terms of public security continues to be the violence of post-demobilization armed groups liked to organized crime” like the Urabeños, the Bloque Meta and the Libertadores de Vichada.

According the UN, violence perpetrated by these groups “affects the rights of civilians who live in areas where these groups dispute control over illegal income derived from the drug trade, extortion, illegal mining, prostitution, human trafficking and illegal migration.”

“The High Commissioner is concerned about the humanitarian consequences, including mass displacement,” the UN’s human rights report said.

Some 250,000 Colombians were forced to flee their homes last year due to combat or threats.

While the biggest concern remain neo-paramilitary groups, the UN also accused leftist rebel group like the FARC and ELN, and the security forces, of having committed human rights violations in 2014.

According to the UN, neo-paramilitary group Urabeños have increased cooperation with the FARC in the northwest of the country where both have interests in local drug trafficking routes and illegal mining activity.

“Examples include the detention of the Governor of La Guajira state for alleged ties to a criminal organization and the detention in the Cordoba state of a Prosecutor General’s Office official and four policemen for their alleged collaboration with the Urabeños,” said the report.

To counter the ongoing threat to human rights and public security by the neo-paramilitary groups, the UN called on the Colombian government to come up with “an integrated approach that combines police action with improvements in the justice administration and the fight against corruption.”

Additionally, the UN recommended Colombia to improve efforts to fight impunity, prevent corruption and come up with “measures that prevent poverty and exclusion.”

“The State should invest in optimizing the economic and labor opportunities for young people that offer them viable alternatives” to joining illegal armed groups.

Neo-paramilitary or emergent groups were formed from within the ranks of the AUC during the organization’s controversial peace process between 2003 and 2006 bartered by former President Alvaro Uribe, currently an opposition senator.

Todd Howland, the head of the UN human rights office in Colombia, told reporters in Bogota that “there aren’t any examples of successful demobilization processes in the world. In Colombia, it wasn’t a great success.”

Uribe’s successor, Juan Manuel Santos, has been negotiating peace with the FARV since November 2012 and announced exploratory talks with the ELN in June last year.

In order to prevent the continuation of criminal activity and human rights abuses as took place after the official demobilization of the AUC, the UN advised Santos to “take into account the lack of success of other peace processes to prevent that demobilized fighters again are recruited by criminal organizations or other illegal armed groups.”