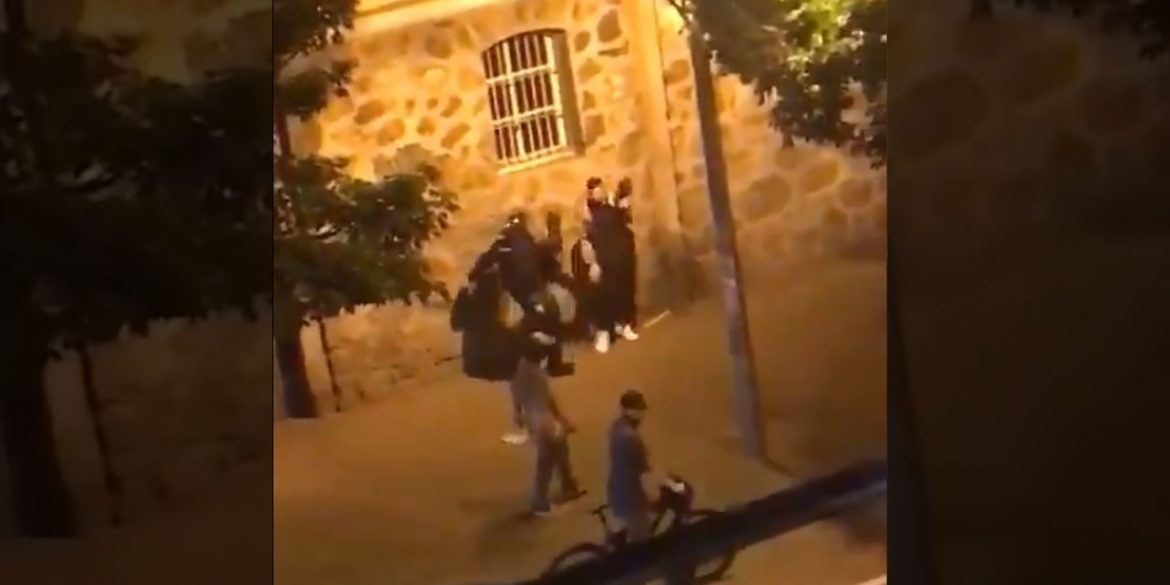 Medellin police attacked students on Thursday hours after the mayor praised the residents of Colombia’s second largest city for the peaceful nature of anti-government protests earlier that day.

The attack on the students by controversial anti-riot police unit ESMAD took place near the University of Antioquia whose students were among the leaders of the peaceful protests.

According to unconfirmed reports by locals, several people were injured in the police attacks. Multiple people were arrested for no apparent reason.

While the police were attacking the students, people throughout Medellin joined the capital Bogota in a “cacerolazo,” a noise protest that sparked up in the capital earlier in the evening.

The cacerolazos forced news media and the government to again focus on the massive peaceful protests and widespread rejection of the government of President Ivan Duque.

Violence that broke out between police and hooligans, some of whom were also police, had diverted the attention away from the massive and joyous protests that mobilized countless people throughout Colombia during the day.

Hours before the police began its indiscriminate attacks, Medellin Mayor Federico Gutierrez praised his city’s residents for the “very good behavior of the people who went out to march. Above all, rescuing good and considerate behavior.

“It shows that you can march in peace and reject the violent people,” Gutierrez said shortly before his police force brutally attacked students.

The attacks took place shortly before the Medellin residents joined Bogota in a “cacerolazo,” a noise protest, that retook the peaceful nature after police and hooligans, some of whom were police, ended peaceful protests in support of a national strike in the capital.

In a response, Gutierrez said that “some people” had been violent in the vicinity of the university, which was fiercely contradicted by residents.

Hundred hooded guys show up and behind them the ESMAD with teargas and stun guns… they murdered a boy who was a student of dentistry, quite strange that they confront each other (vandals vs ESMAD) and people who have nothing to do with it end up wounded.

After people in Bogota began banging pots and pans and retook the streets, people throughout Medellin and other cities like Cali and Bucaramanga joined in.

Thursday’s national strike and protests were in rejection of the government, Duque’s far-right Democratic Center party and the political violence that have bogged down Colombia’s increasingly supported peace process.

The cacerolazo made it crystal clear that Colombia’s citizens will not allow incidents of violence to muffle their peaceful calls for better government and peace.