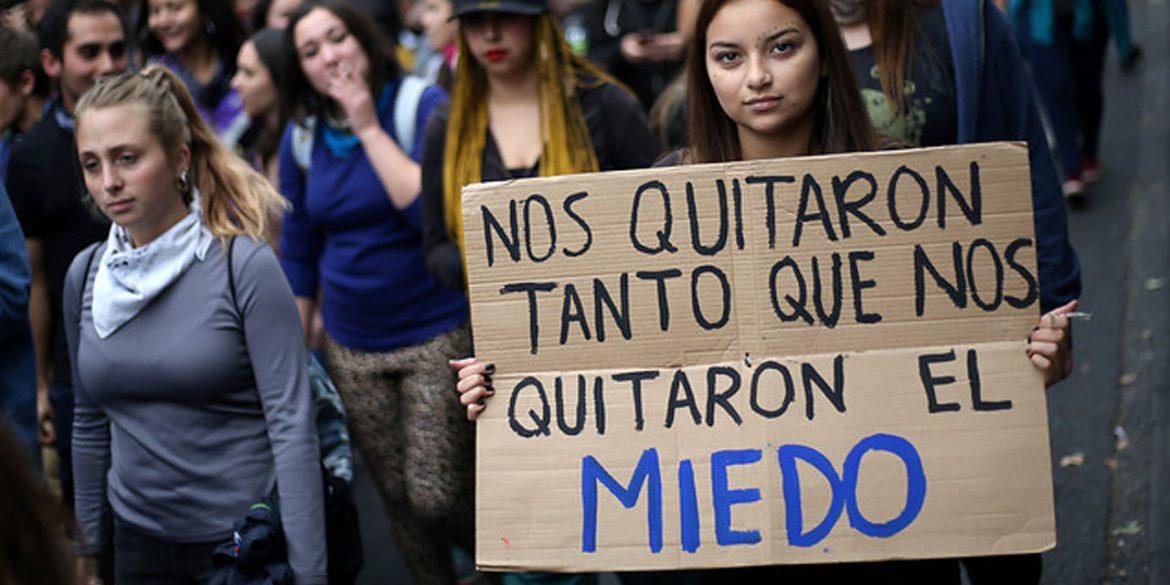 Anti-government protests drew overwhelming crowds throughout Colombia on Thursday, shutting down public transport systems in the capital Bogota and Cali.

The protests are the nightmare come true for President Ivan Duque, who has been fiercely trying to dissuade the protests against his government with adverse affect.

Countless of people, led by labor unions, students and indigenous organizations, have taken to the street.

Meanwhile, the Inspector General’s Office announced investigations into illegal police raids against supposed promoters of the strike what press freedom organization FLIP called “the “intimidation of media and the limiting of the freedom of expression.

This fills me with pride, to see Colombia finally woke up and the people decided to take off the blindfold.

In Bogota, where gigantic crowds had taken to the street, the city’s public transit system was shut down.

With the exception of one apparent attempt to repress protests by loathed anti-riot police unit ESMAD, protests in the capital are peaceful.

In Medellin, the football fan clubs of rivals Atletico Nacional and Independiente Medellin marched together in what was described by one protester a “joyful” atmosphere.

Another protester in Medellin reported “peace” while sharing an image of two policemen having an early lunch.

In other parts of Colombia’s third largest city, protesters themselves were actively campaigning against violence.

Many of the organizations that called for the anti-government-protest are outspokenly anti-violence and want the government to implement peace policies as agreed with demobilized FARC guerrillas in 2016.

Members of the group, which is now a political party, took part in the protests that is supported by the leftist opposition and influential lawmakers on the center right.

The protests are held in more than 90 towns and cities across Colombia as well as in dozens of cities abroad.

“The fear is gone,” another protester said in Medellin where far-right supporters of the president’s political patron, former President Alvaro Uribe, had announced the formation of “anti-riot squads.”

The government and the ruling Democratic Center party led by Uribe have been stigmatizing the protests for weeks, with adverse effect.

In ridicule of the disinformation spread Duque’s far-right party, one person on Twitter said that “this imagine proving that Godzilla has joined the march is FALSE.”

Reports of violence, which had been repeatedly foretold by the president, are scarce to non-existent. Around noon, the anti-government protests are almost entirely peaceful, overwhelmingly large and happy.