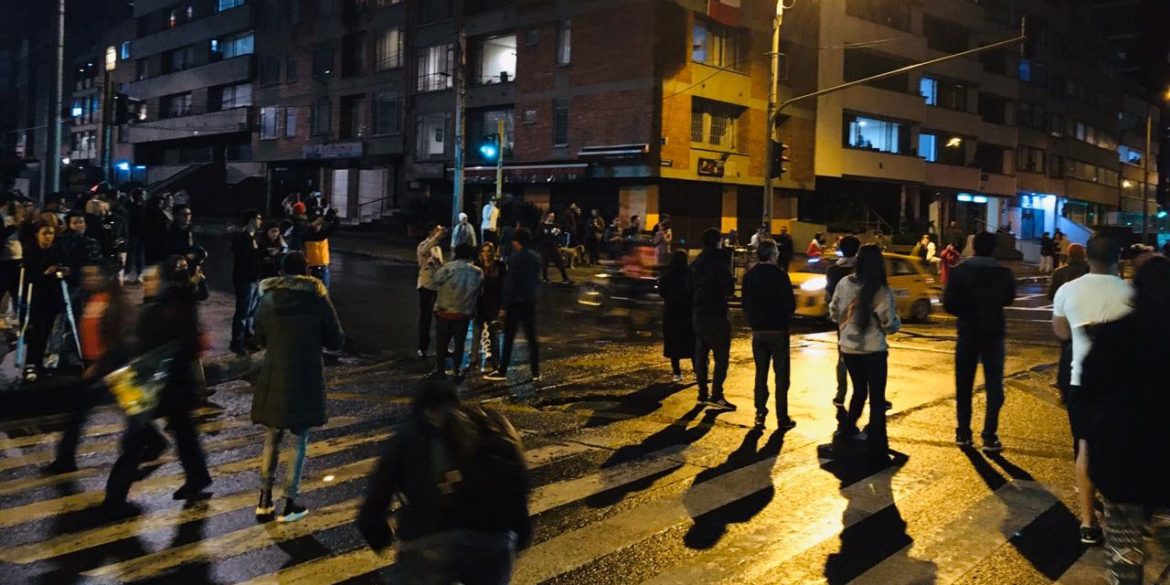 Banging on pots and pans, Colombia’s citizens massively continued their anti-government protest after peaceful street protests were violently ended in the capital Bogota in the afternoon.

As the evening news began reporting on violent clashes between hooligans and police, Bogota residents began a so-called “cacerolazo” and returned the focus onto the peaceful nature of protests against the government of President Ivan Duque that began in the morning.

Thousands of people spontaneously filled the capital with noise and diverted the attention away from the violence of a few  that abruptly ended a day of carnivalesque anti-government protests for many.

The first reports of the cacerolazo came from the downtown area where the peaceful protest was interrupted and quickly spread through the city of 7 million.

While initially people began banging pots and pans from their windows, others soon began returning to the streets to resume the historic anti-government and pro-peace protests that were held throughout Colombia all day.

While the violent incidents in Bogota and Cali threatened to divert the attention away from the protests’ initial purpose, the peaceful rejection of Colombia’s militaristic government, the noise of the people’s kitchen utensils quickly set this straight.

An hour after the beginning of the cacerolazo, streets throughout Bogota began filling up with people who insisted on having the capital and the government hear their message and residents from Medellin and Cali joined in.

While the use of pots and pans have been used in anti-government protests elsewhere in Latin America, social media users said Colombia had never seen, or  rather heard, a noise protest of this magnitude.

With their overwhelming cacerolazo, Colombia’s citizens reiterated the joyous nature of the mass protests against Duque’s broadly disapproved economic policy, militarism, and lies.

Thursday’s national strike and protests were in rejection of the government, Uribe’s far-right Democratic Center party and the political violence that has bogged down Colombia’s increasingly supported peace process.

The cacerolazo made it crystal clear that Colombia’s citizens will not allow incidents of violence to muffle their peaceful calls for better government and peace.