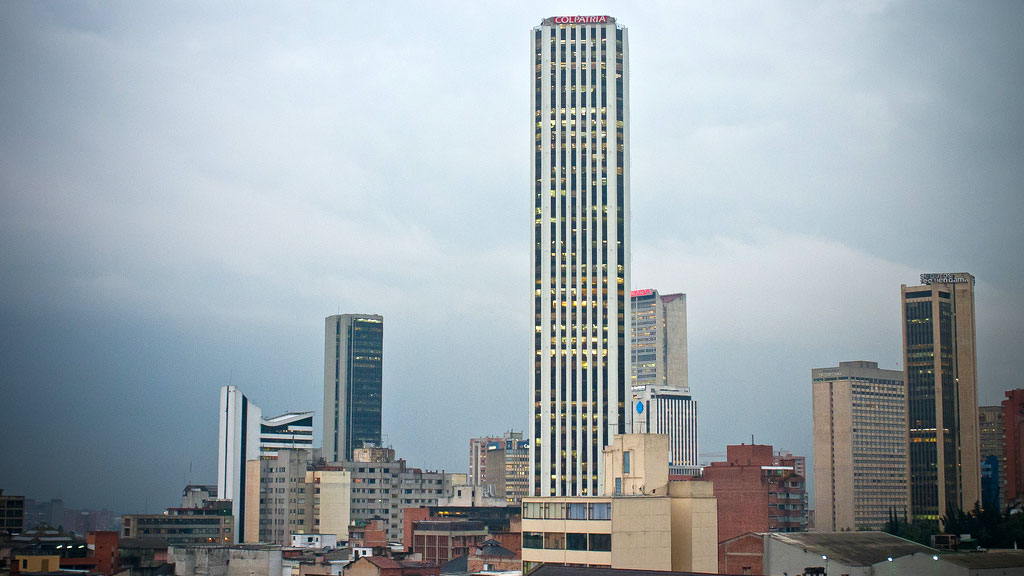 The inhabitants of Bogota are most concerned with the increased activity by gangs and the limited activity of their mayor, according to a survey held in Colombia’s capital.

Bogota Como Vamos (BCV) is an annual survey that measures the perceptions of bogotanos regarding their city with this years’ survey taking in the views of 1,502 people.

In general, the results revealed high levels of dissatisfaction across the board, with many inhabitants unhappy with the first year in office for Mayor Enrique Peñalosa as well concerns about crime and security.

Thirty-four percent went as far as saying they would prefer not living in Bogota at all.

On hearing the results, the Secretary of Government, Miguel Uribe, defended the mayor claiming that “in this first year of Mayor Peñalosa’s term of office, the decisions taken — although unpopular — had to be taken and were urgent, like intervening in the Bronx or recovering the public space that was invaded,” reported El Tiempo newspaper.

The results of the survey were perhaps most damning in relation to the issue of security with 45% of people indicating that they feel insecure in the nations’s capital.

The data revealed that 4 out of 10 citizens have thought about going to live in neighboring municipalities with robbery, drug trafficking and gangs the main security concerns for bogotanos in their respective neighborhoods.

32% of respondents said they were victims of a felony in the past year, 54% of whom did not report it.

Theft ranked the highest among the crimes at 80%.

Many felt that while crime is a growing problem, the city’s administration are not doing enough to punish offenders, 74% considering the likelihood of a crime being punished low.

The circulation of drugs such as cocaine, marijuana and basuco, a crack cocaine-like substance, were causes of particular concern.

This lack of confidence in the abilities of the authorities to bring offenders to justice is creating conditions for the expansion of criminal gangs who according the National Department of Planning are making huge profits from micro-trafficking.

“These organizations are distributing cocaine, marijuana, basuco, and handle other illegal revenues such as the stolen auto parts market,” said Simon Gaviria, director of the entity who have been surveying crime levels in the city recently.

Mayor of Bogota Enrique Peñalosa is being held accountable for many of these problems with 78% of those surveyed acknowledging that they have an unfavorable image of the mayor.

Peñalosa is particularly unpopular with young people aged 18 to 25 with a mere 17% indicating a favorable image while he had most support from those aged over 55 years with 34%.

The mayor made a number of controversial calls in his first year saw his approval ratings drop to 25% in September, the lowest of any mayor in  Colombia.

The survey sponsored by the Chamber of Commerce of Bogota took in a wide range of issues with the inhabitants generally expressing dissatisfaction with life in the city with just a few exceptions.

Public services were one of the areas where the residents of Bogota were reasonably satisfied with approval rates of 83% for the provision of natural gas, 81% for water, 81% for electricity and garbage collection 59%.

Transportation was also singled out for criticism by inhabitants of Bogota.

The Transmilenio is the most popular choice of mobility at 35% but satisfaction with the service was at a mere 18%.

After the Transmilenio the most widely used is the Integrated Public Transportation System with 16%. However only 15% of people surveyed felt that travel times have improved over the last year.

The bicycle is becoming increasingly popular as 30% of people use it at least once a week, the number of users (8%) almost equals that of those who are mobilized by car (11%).

In relation to the roads in the city, just 1 in 10 Bogotanos were satisfied with their condition.

Regarding environmental issues, respondents were very unhappy with issues such as garbage on the streets (72%), pollution of rivers (78%) and air pollution (75%).

There is widespread dissatisfaction in issues such as air quality, noise in the city, garbage and debris on the road.

Perhaps this explains that 69% of those consulted are in agreement with fines for those who do not recycle in Bogota.