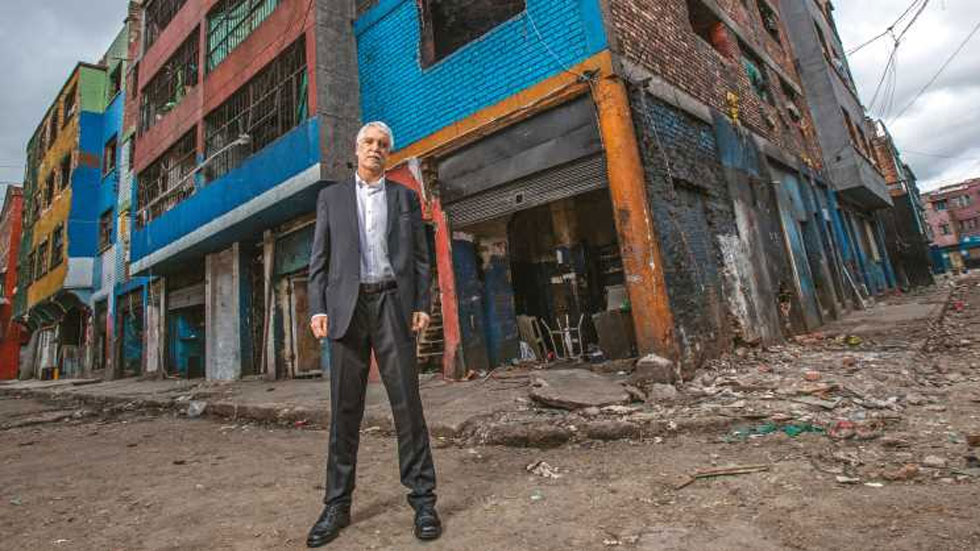 Colombia’s capital has been boasting its recent crack-down on crime. However, according to other cities, Bogota did nothing but put homeless people and drug addicts on the bus to other cities.

Bogota Mayor Enrique Peñalosa vowed to curb crime rates in Bogota when he took office in January this year.

Since then, he and President Juan Manuel Santos had promised coordinated efforts to seek “a more more orderly, clean, illuminated public space where citizens feel there is authority and certain norms to abide.”

One of the most publicized offensive was the evacuation of a small, but infamous area informally called “The Bronx,” a crime-infested area named after the New York City borough.

Bogota authorities swept the area clean, displacing hundreds of homeless people and drug addicts from the lawless drug den in the capital.

To prevent the homeless to return to the Bronx, Peñalosa said he would demolish the area and construct a shopping center.

But locals from nearby neighborhoods almost immediately began complaining that the homeless people and drug addicts had become a major public security issue in areas around the Bronx.

Additionally, inhabitants of the Bronx suddenly began appearing in half a dozen cities hours from the capital.

According to he Development Secretary of Dosquebradas, at least one bus was seen entering the city with at least 30 former Bronx inhabitants.

Similar complaints have come from Villavicencio located south of Bogota where the newly arrived homeless people and drug addicts have been causing major public security issues.

In Tunja, a city at two hours of Bogota, local authorities increased security measures to prevent the arrival of Bogota drug addicts to the city.

“We have taken several actions, with strict checks on the roads and in troubled areas in the city,” Tunja Police commander Oscar Moreno told radio station Caracol.

Apparently, Bogota’s city government has been dumping its “undesirables” to avoid bad press about what increasingly appears to have been a failed operation in the Bronx.

Additionally, the ombudsman criticized the Peñalosa administration for neglecting to think of a humane solution for the hundreds of homeless people that lived in the Bronx.

Rather than putting them on the bus to other cities, Ombudsman Alfonso Cajiao said the city should have developed plans to house the homeless and provide them access to programs that could help them with drug addiction.

While Peñalosa’s claims of success in his crime against homelessness and crime has come increasingly under fire, the mayor will be able to open a brand new shopping center before the end of his term in 2019.