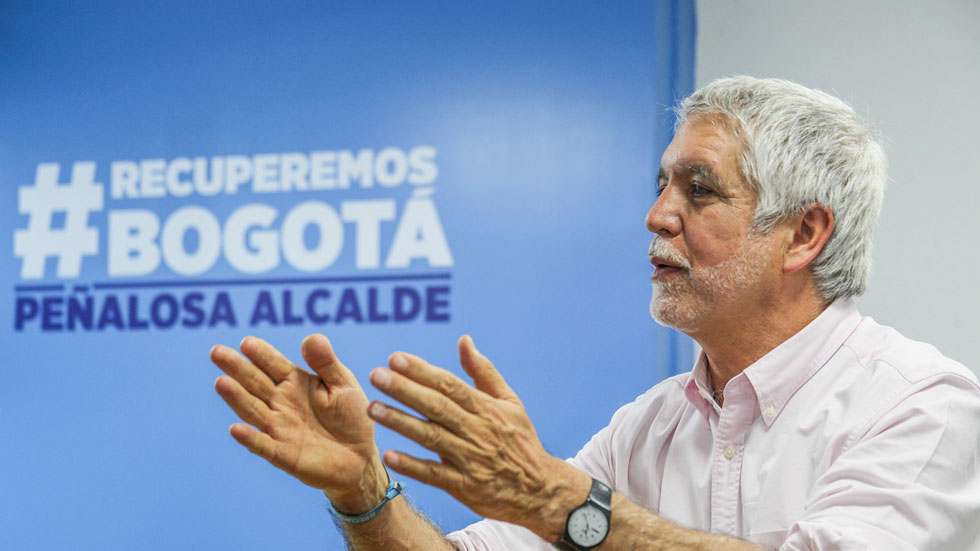 Bogota Mayor Enrique Peñalosa’s first year in office is not going as planned, to put it nicely. Bogotanos disapprove of their burgomaster so much he can now call himself Colombia’s least popular mayor.

Bogota has been particularly unfortunate with their elected leaders’ functionality.

The last time the capital was optimistic about the future was in 2008. Since then its citizens have been consistently pessimistic and for good reasons as the city’s subsequent mayors have been unable to tackle the major problems in mobility and crime.

When Peñalosa was re-elected mayor at the end of last year, the more conservative bogotanos celebrated the end of eight years of disastrous socialist rule and hoped to finally have a leader that would tackle the city’s imminent issues.

While general pessimism has decreased a bit since Peñalosa took office, his approval rating has only gone up and stands now at 69%, only two percentage points below Petro’s worst score ever.

Of all Colombia’s large cities, Bogota has by far the least popular mayor.

In Barranquilla, Mayor Alejandro Char can count on an approval rating of 90%. Medellin Mayor Federico Gutierrez has a 83% approval rating. Bucaramanga’s Rodolfo Hernandez has the support of 67% and Cali Mayor Maurice Armitage 57%.

These mayors are playing in an entirely different league considering Peñalosa’s approval rating stands at an abysmal 25%. This was still 33% when Gallup last measured his approval rating in June.

Where did Peñalosa go wrong?

So, what did Peñalosa do to deserve such mass public disapproval?

Mainly, the mayor excelled in proposing highly unpopular policy changes that were pretty much dumped immediately after their conception.

First the mayor proposed to urbanize one of the Capital District’s dearest natural reserves, the Van der Hammen reserve in the north of the city’s territory.

He did this with an arrogance that infuriated many bogotanos who want to be able to enjoy a bit of nature while living in a city of seven million.

Peñalosa then approved the privatization of public energy company ETB in spite of mayor public resistance.

The mayor then turned advanced plans for a metro upside down, proposing to make it function above ground while foreign companies were already vying for the construction of an underground metro system.

This put Bogota’s metro plans exactly where they have been for more than 70 years, nowhere.

Peñalosa, in what begins to seem a desperate attempt to regain authority, evicted all homeless persons from the city’s most infamous drug den, the Bronx, only to spread the problem of drug use and petty crime over the city center.

This last move did not just further increase bogotanos’ dislike of their mayor, it actually resulted in charges of human rights violations. Attempts to impeach the mayor had been ongoing before that, but have only gained strength.

This makes it possible that Peñalosa’s political blundering can cost him his job and even land him in court.