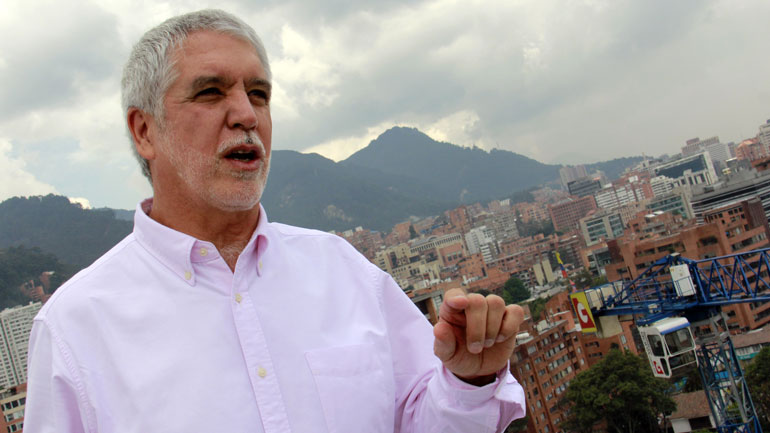 Bogota‘s Mayor has requested that citizens pay an additional 10% voluntary tax to tackle what he called a “security emergency” in Colombia’s capital.

Along with their taxes for property, vehicles and industry and trade, Mayor Enrique Peñalosa wants an additional 10% from residents to fund a solution to the city’s persistent street crime problems.

“Right now the security is an emergency. So let’s ask them when they go to pay taxes for Industry and Commerce, farm or vehicles pay additional 10% as a grant to improve and strengthen the security of citizens.”

The mayor sees the investment in security as critical as a new Control and Command Center for the capital with thousands of cameras.

“The purpose of this measure is to contribute to the purchase of cameras citywide to improve safety and also eventually work with the completion of the Command and Control Center,” Beatriz Arbelaez, an official from the Mayors’ Office, explained.

While Bogota has traditionally had a lower homicide rate compared to other major cities in Colombia, street crime has been a major problem that’s been left unsolved by a number of Peñalosa’s predecessors.

The mayor feels that the capital is lacking the resources to combat street crime compared to the nation’s other major cities.

“At present there are only around 250 cameras in Bogota, meanwhile Medellin and Cali have more than 2,000 and 1,300 respectively.”

The Bogota administration has asked the city council for the creation of a Security Secretary. The draft is currently being debated in the council, and expected to be given a budget of almost $60 million (COP200 billion).

Government Secretary Miguel Uribe, currently in charge of public security, highlighted the importance of such a body going forward.

“It is essential to have an entity to lead and coordinate security policy in the city (…) we believe you have to have more resources,” said Uribe.