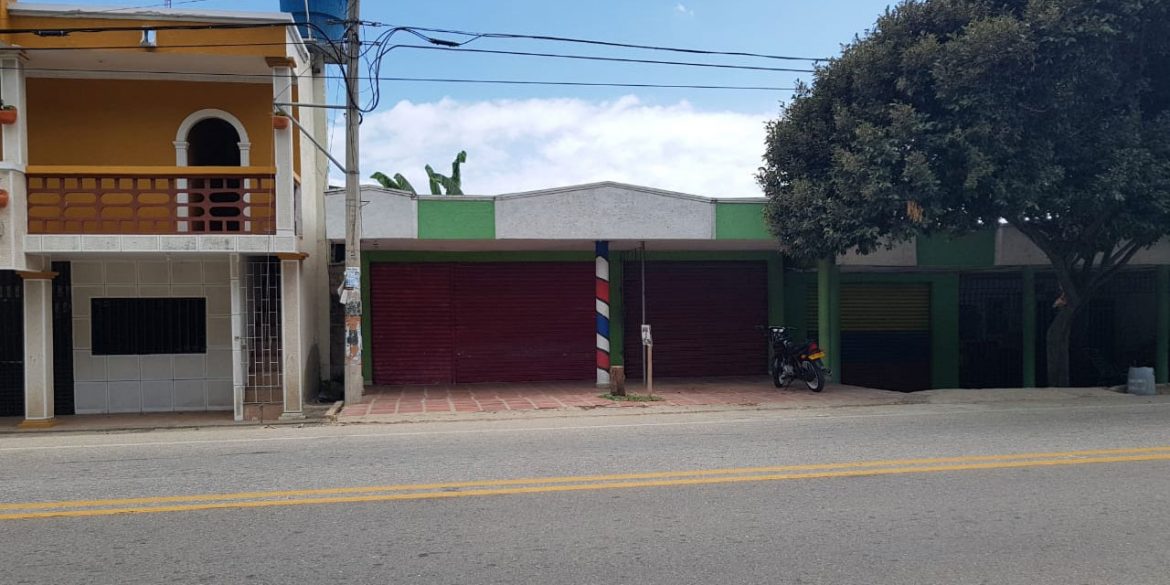 Locals in northern Colombia are in fear after paramilitary group AGC on Wednesday announced they were taking over control over the area around Parque Tayrona on the Caribbean coast.

The announcement came days after the death of “Chucho Mercancia,” the leader of the Pachenca gang that took control over the region after the demobilization of paramilitary organization AUC more than a decade ago. 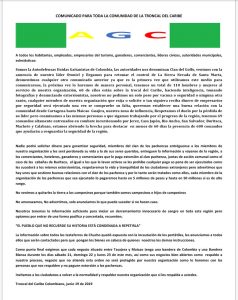 In the letter that was spread mainly through social media, the AGC ordered both local and foreign entrepreneurs to immediately end all extortion payments and to put both a Colombian and a white flag outside their homes to indicate they got the message.

According to the AGC, “we have come to retake control of the Sierra Nevada de Santa Marta,” a major tourism hotspot and drug trafficking corridor in the rural part of Santa Marta, a port city and the capital of the Magdalena province.

The region came to a virtual standstill on Tuesday after the Pachenca gang ordered a 72-hour shutdown of all economic activity.

In the letter, the AGC said that they respect the Pachenca gang’s mourning for their leader, but ordered the organized crime group’s members to either surrender to the paramilitaries, leave or be killed.

We have 49 commandos who are highly trained in combat moving into Jerez, Casa Japon, Rio Ancho, San Salvador, Buritica, Machete and Calabazo. We are opening a corridor to secure the presence of at least 600 commandos who will help to safeguard security in the region.

Neither the local authorities nor the Pachenga gang immediately responded to the announcement of the AGC, but an anonymous local confirmed people in the rural area around Santa Marta are terrified.

They are now caught in a dispute between two extremely violent groups over the drug trafficking routes in the Sierra Nevada national Park and the neighboring La Guajira province.

Members of the armed forces said Tuesday that they had militarized the highway that connects Barranquilla and Santa Marta to secure the continuity of commercial activity in the region, but to no effect.