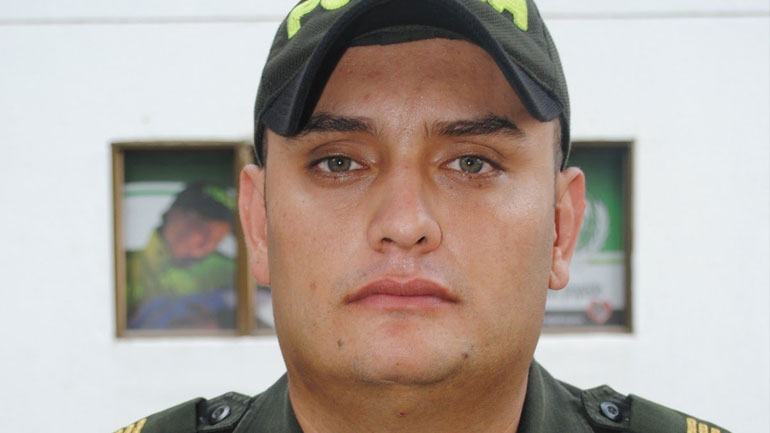 The police captain who blew the whistle on an alleged gay prostitution ring run within Colombia’s National Police department has been kidnapped, his family said Sunday.

Captain Anyelo Palacio, who disappeared on Saturday around 10PM, has claimed he was drugged and raped by a police general who at the time was the security chief of Congress and is the main witness of the alleged prostitution of hundreds of cadets.

According to Palacio’s mother, her son was kidnapped by four men while driving through the municipality of Pamplonita, Norte de Santander.

The alleged kidnapping of Palacio is the latest embarrassment in a series of embarrassments haunting the National Police.

Palacio has been the prosecution’s key witness in the investigation of the alleged prostitution ring that allegedly catered to the sexual needs of top officials and congressmen.

A recording leaked by Palacio in which he was talking sex with then-senator Carlos Ferro spurred the politician to resign as Minister of the Interior.

General Rodolfo Palomino, who is also facing accusations of sexual harassment, subsequently resigned as chief commander of the the National Police.

The leaking of the video to radio station La FM cost the job of Vicky Davila, one of the country’s most famous journalists.

Colombia’s prosecution has been investigating the alleged “Community of the Ring” that managed the sexual services of allegedly 300 cadets of Colombia’s biggest police academy, the General Santander school in Bogota.

This investigation includes the alleged homicide of a female cadet who was killed, according to her family, just before she wanted to make the police prostitution practices public.