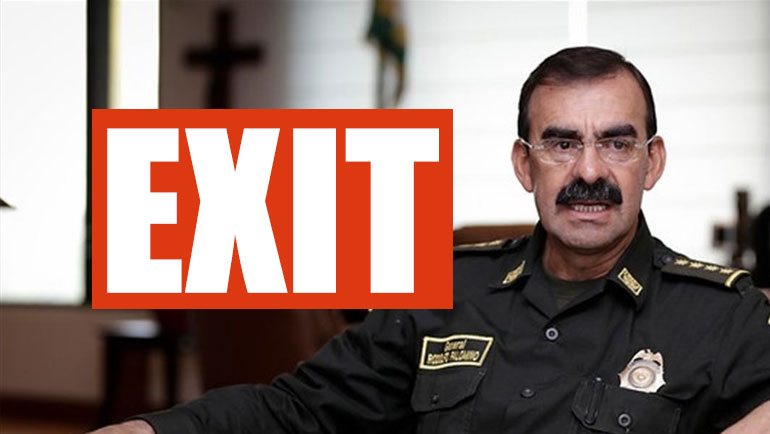 Colombia’s national police director resigned on Wednesday following months of accusations of sexual harassment and the existence of a male prostitution ring within the institution.

Politicians, journalists and other critics had been calling for the resignation of General Rodolfo Palomino since December when stories began leaking over the married police chief’s alleged sexual harassment of a male subordinate.

Since then, accusations of fraud and corruption, and the existence of a prostitution ring catering to top officials and politicians, had made Palomino’s position untenable.

Nevertheless, President Juan Manuel Santos has so far refused to fire the top police chief. Instead, the president announced a commission to investigate the accusations.

But when Vice-Interior Minister Carlos Ferro resigned Tuesday after a video emerged linking him to the alleged gay prostitution ring, Palomino’s resistance to give up his post ended.

“I have taken the decision … to ask the president to remove me from my position as director of the National Police. I am presenting my resignation knowing I am innocent of the charges I have been accused of,” Palomino said at a press conference.

The police director is the third top government official to resign over sexual misconduct within a month.

Ombudsman Jorge Armando Otalora was forced to resign after several accusations of sexual harassment and workplace bullying at the end of January.

Colombia’s ombudsman resigns as evidence of sexual harassment piles up