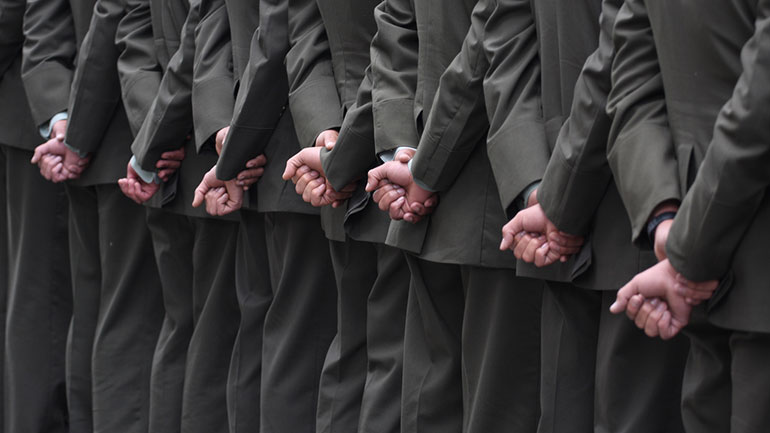 Colombia’s new chief of police could probably not have picked a worse moment for promotion. The institution he is to take charge of is facing disturbing allegations over the existence of a mysterious police cadet prostitution ring that catered to top officials.

Trying to protect the image of the police, President Juan Manuel Santos has called the existence of a “Community of the Ring,” as the alleged prostitution ring has been called, “gossip.”

However, this gossip has been coming out of the mouth of several former police cadets and officials and has already cost the positions of both the vice-interior minister and the chief of police. And today the Minister of Defense also said that they have evidence that the prostitution ring at one time existed.

The little that is known about the Community of the Ring come from witness accounts that began resonating in 2006 and involve high-ranking police officials and former members of congress.

Police Captain Anyelo Palacios is the most outspoken witness who has publicly denounced the existence of the prostitution ring. He claims Colonel Jerson Jair Castellanos, who was chief of security for Colombia’s Congress at the time, drugged and raped him while he was a cadet at the police academy.

Palacios told reporters that Castellanos would pay cadets to service the sexual appetites of certain high ranking officials and members of congress. Supposedly, in addition to payments, Castellanos used promises of promotions and career favors as another means to manipulate the cadets into the service of his powerful associates.

According to the allegations brought forward by Palacios and at least five other witnesses, some 300 cadets had taken part in the prostitution ring that was run from Colombia’s largest police academy, the General Santander School in Bogota.

Another part of the complicated story involves the death of a 21-year-old cadet Lina Maria Zapata. Hours before a graduation ceremony, Zapata was found dead inside the General Santander School on January 26, 2006. The police said the cadet shot herself, and although the investigation by the Prosecutor General’s office ruled their was no sign of gun powder on her hands, the case was filed.

Zapata’s family, however, claims the death was not a suicide but rather a murder to prevent her from releasing information she had obtained relating to the existence of the Community of the Ring. In 2014, the family’s lawyer succeeded in pushing the Prosecutor General’s office to reopen her case and in February 2016, her body was ordered to be exhumed and reexamined for evidence.

Palacios claimed to had known Zapata as well after she supposedly approached him to ask him if he too had been victim of the prostitution ring. Her boyfriend John Cifuentes’ company had supposedly been solicited by Castellanos, and although he refused to take the coronel up on his offer, he had found an album belonging to Castellanos that contained photos of dozens of cadets with prices attached.

Castellanos left the police in 2007. After leaving, he moved from Bogota to Yopal, Casanare where he dedicated himself to personal business. In 2013, Castellanos was appointed interim governor of the department by President Juan Manuel Santos.

Although media attention continues to swirl around the supposed Community of the Ring, it is unclear whether or not the prostitution ring is still in existence,. Vicky Davila, from Radio La F.M., has been at the forefront of the investigation into the prostitution ring and has told Colombia Reports that the Community of the Ring “appears to still exist” ten years after its first mention.