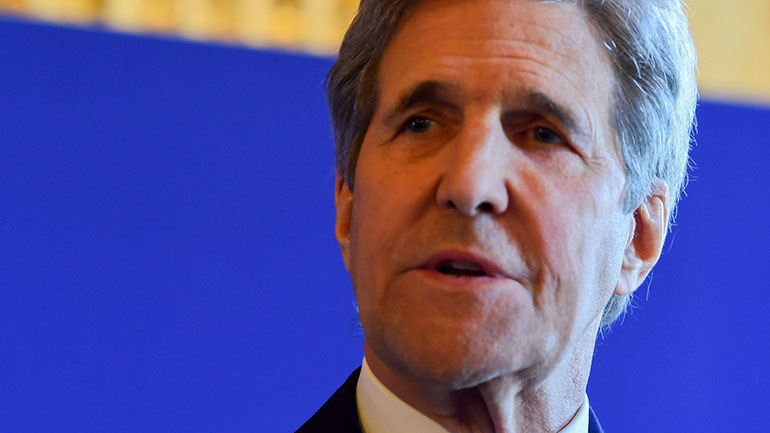 Kerry to meet with Colombia’s FARC rebels in Cuba on Monday: Report

According to EFE, sources close to the peace negotiations taking place in Cuba have said that Kerry will meet the negotiators while he and US President Barack Obama are on the Caribbean island to seek improved relations with the communist government of Raul Castro.

The news agency reported that the sources did not know whether Kerry would meet the delegations together or separately.

If the state secretary meets with the FARC separately, this would be the first encounter between a US state secretary and a designated terrorist group since the 1990s when the US mediated in conflicts in Northern Ireland and Israel.

According to EFE, the time or exact location for the meetings are also yet to be set.

The news agency’s sources said that both the FARC and the government delegation were invited to attend a friendly baseball match between the Tampa Rays and the Cuban national team on Tuesday.

The high-level meetings will be held within 48 hours of the ending of a deadline set by FARC leader “Timochenko” and Colombian President Juan Manuel Santos to sign peace.

However, both parties have already indicated that this deadline will probably not be met. The government and the FARC are currently negotiating a bilateral ceasefire, and the FARC’s demobilization, disarmament and reintegration.

Additionally, the parties that have been at war since 1964 have to organize the massive logistical operation that comes with the demobilization of the thousands of FARC’s armed fighters and support network.

The United States have played an active role in the peace process. US Special Envoy Bernard Aronson has been permanently attending the talks since his appointment in February last year.

Obama has requested a 50% increase in aid to Colombia to support the country’s peace building efforts in the event of a peace deal.

If the Santos administration and the FARC leadership come to a final agreement of peace, this would end more than 50 years of violence between the guerrillas and the state.

Other players in Colombia’s decades-long conflict are smaller extreme-left guerrilla groups and groups that were formed by far-right paramilitaries during and after the demobilization of paramilitary umbrella organization AUC.