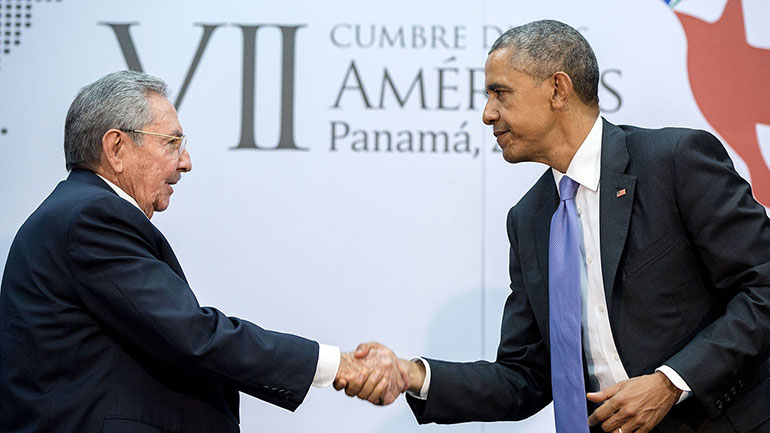 The United States is putting increased pressure on Colombia’s peace negotiators to have a major announcement — perhaps a bilateral ceasefire — around the time of President Barack Obama’s visit to Cuba on March 21-22.

Semana magazine reported on Sunday that the US envoy at the talks, Bernard Aronson, late last week stepped up his meetings with both Colombian government negotiators and those for the FARC.

Aronson has been monitoring the Havana talks since February 2015, but the recent meetings of several hours each indicate an intensifying involvement by the US.

Obama’s two-day visit to Cuba will end just the day before the March 23 soft deadline the two warring sides agreed on to achieve a final peace.

While it is widely acknowledged that goal will not be met, it is very possible some major announcement will be made by that date. The failure to do so might significantly weaken the world perception of whether the talks are continuing to make progress.

Some observers have suggested a bilateral ceasefire would be the sort of announcement that would clearly signal progress while giving negotiators more time to finish their work.

The New York Times reported earlier this year that Obama’s trip to Cuba could be followed by a stop-over in Colombia.

US Secretary of State John Kerry has also left open the possibility that he might meet directly with the negotiators before or during Obama’s visit. Obama himself is not expected to meet with either side’s negotiating team.

Obama recently proposed a 32% increase in US aid to Colombia, to $450 million. While a good deal of the additional money would go to military and other security operations, there would also be an increase in support for programs to help sustain a post-treaty environment.

The US Congress would have to approve the increase, a months-long process whose outcome is not predictable.

Some conservatives in the Congress have openly criticized US support for the peace talks. For example, Rep. Iliana Ros-Lehtinen, a Republican from Miami said recently in a speech on the floor of the House that a peace deal “is dangerous for Colombia and for our US national security.”

Ros-Lehtinen is in her 14th term in Congress and is a senior member of the House Committee on Foreign Affairs. She said she’s worried the US might agree to the FARC’s demand the US release FARC leader “Simon Trinidad,” who is serving a 60-year sentence at a maximum security prison in Colorado. The FARC has called for Trinidad’s release as a condition of its signing of a peace agreement.

Both conservative and liberal members of Congress have expressed concerns that violators of human rights might escape punishment under the terms of a peace deal.