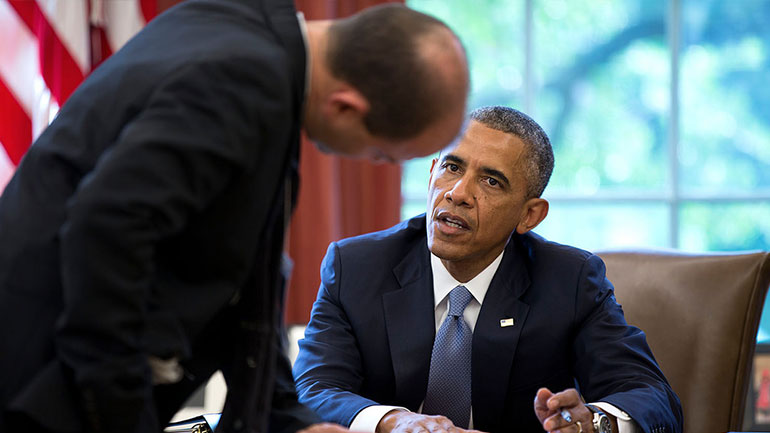 US President Barack Obama “is almost certain” to travel to Latin America and the Caribbean in March and could stop over in Colombia in support of ongoing peace talks between the government and FARC rebels, the New York Times (NYT) reported Sunday.

The newspaper talked to Ben Rhodes, Obama’s deputy national security adviser, who said Obama is seeking to “work to capitalize on the United States’ significantly strengthened position in the Americas — including his normalization with Cuba, supporting the pursuit of peace and security in Colombia, and engaging new leaders like the new president of Argentina.”

The US president will travel to Peru for a summit of the Asia-Pacific Economic Cooperation in November, “but there is almost certain to be another visit to Latin America as early as March,” claimed the NYT.

“That trip could include a stopover in Cuba and another in Colombia, where a final peace deal between the government and the Revolutionary Armed Forces of Colombia, or FARC, is scheduled to be signed on March 23,” the newspaper said.

If Obama intents to attend a signing between the FARC and the administration of President Juan Manuel Santos, the biggest problem is that the rebels have explicitly backed out of the March 23 deadline.

The FARC’s backtracking barely threatens the possible negotiated end to more than 50 years of drug-fueled political violence. It does make it difficult, however, for Obama to set his agenda.

The peace talks have been ongoing since November 2012 and have been a strain on the patience of Colombians, 14% of whom are victims of the conflict that began in 1964.

The United States, after decades of supporting the Colombian state in its efforts to militarily get rid of violent leftist guerrilla groups, has been a steady supporter of the peace talks.