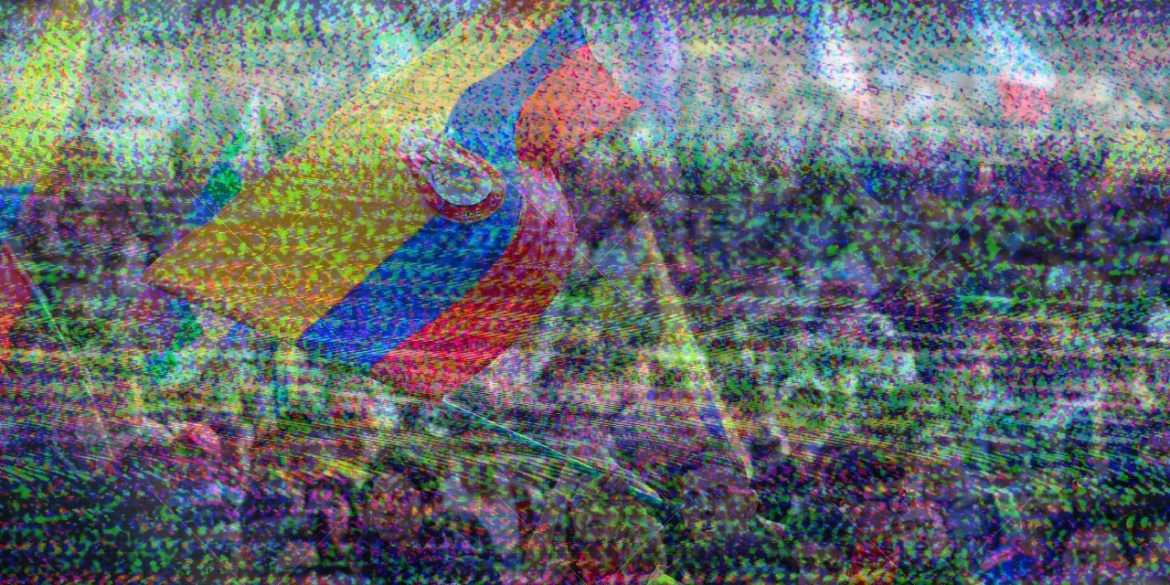 The ongoing anti-government protests coincide with record disapproval of the country’s mass media and business elites that have long controlled what news Colombians consume and in which context news is placed.

Their influence over public opinion, however, has been waning for years, according to Gallup, possibly as a consequence of the rise of independent and social media, and the country’s peace process.

The explicit opposition to the protests and the peace process by pundits and media bosses appears to have triggered the failing of what renowned linguist and political activist Noam Chomsky calls “the propaganda model.”

WTF is the propaganda model? 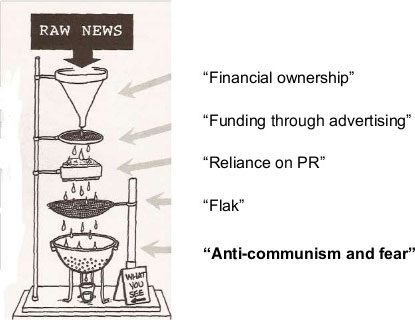 The propaganda model is a theoretical  model introduced by Chomsky and late economist Edward S. Herman in their 1988 book “Manufacturing Consent: The Political Economy of the Mass Media.”

According to these scholars, mass media are inherently biased in favor of business elites, mainly because the news outlets are owned by these elites and depend on their advertising funds.

According to Spanish journalism professor Francisco Sierra, Latin American journalists have indicated that the news media they work for additionally have an explicit political agenda to favor the interests of their owners and the US government.

A Colombian linguist found in 2016 that local newspapers’ allegedly consistent misrepresentation of the truth led to a gross misunderstanding of her country’s armed conflict.

As media apparently failed to “manufacture consent,” public opinion turned against the government, the mass media and the business elite. 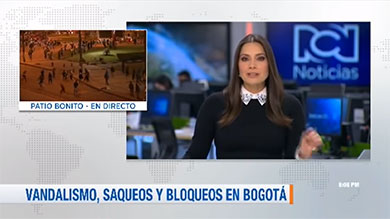 Conservative television network RCN, which broadcast disinformation and stigmatized protesters in the first days of the protests, entered into crisis during the protests, according to W Radio director Julio Sanchez Cristo.

The gradual loss of control over public opinion

The alleged crisis at RCN is the latest in a series of apparent crises in the newsrooms of commercial mass media.

Since Duque took office in August last year, more than 600 journalists have been fired as also print media close to the government seem to struggle to stay afloat.

Colombia’s mass media have been suffering dropping public approval for years and saw their disapproval reach a record high in December, according to Gallup.

The pollster said early this month that 55% of Colombians disapprove of the mass media against 41% who approve.

With mass media apparently failing to promote their interests, public opinion on the country’s business elites is following that of mass media.

Attempts by powerful, but controversial ranchers federations and business associations to stigmatize the protests appear to have backfired.

Curiously, Colombia’s leftist opposition has not been able to capitalize on the mass rejection of Duque.

The FARC, the former guerrilla group that is now a political party, has also not been able to benefit.

Even the labor unions who called the national strike that sparked the anti-government protests have barely seen public opinion change in their favor.

The citizenry is winning the game, with the entire establishment — media, business and government — against us… We are tired of being killed and abused.

As it seems, the apparent collapse of the so-called “propaganda model” has only damaged a government system, business elites and mass media perceived to be acting against the public interest.

The preliminary winners seem to be a broad variety of ordinary citizens who, as social leader Maria fernanda Carrascal said, “are tired of being killed and abused.”