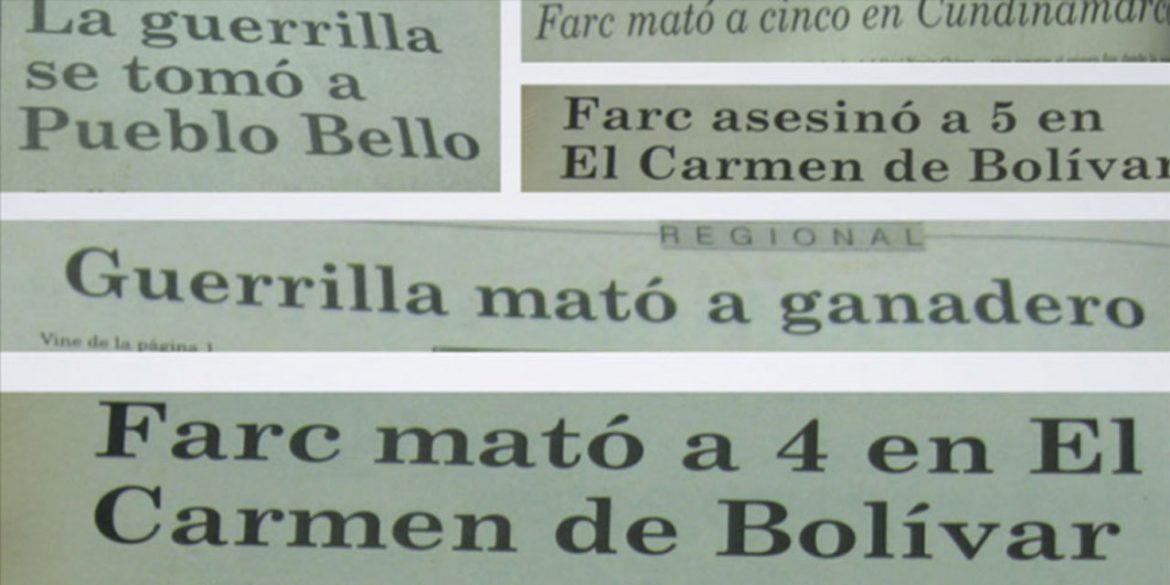 When Colombians were asked whether they agreed to make peace with the FARC on October 2, less than 19% said “Yes.” The rest of the electorate rejected the deal either by saying “No” or by not voting at all.

Broad resentment about the FARC’s history of violence and pending judicial leniency were cited as the main reason the public rejected the peace deal.

Curiously, when state-loyal paramilitary group AUC demobilized exactly 10 years ago, there was no protest at all in spite this group receiving far more judicial benefits and money, after having committed considerably more killings and massacres than all guerrilla groups together.

Another strange discrepancy became visible last year when hundreds of FARC guerrillas met with civilians in a remote hamlet called Conejo. Public indignation about the guerrillas’ contact with the locals was so widespread it damaged the credibility of the peace process, even though the visit to the village was part of the process.

When AUC chief “Don Berna” testified before a Medellin court and hundreds of paramilitaries gathered at the entrance of the city’s civil administration buildings in December 2005, there was no indignation at all.

This major discrepancy in indignation is likely because the Conejo incident was widely broadcast while the Medellin incident received no press coverage whatsoever.

The Conejo and Medellin incidents are only examples of what seems to be a decades-long pattern of systematic bias, which has left Colombians misinformed about the proportion of responsibility for the violence in the conflict.

A recent study on media linguistics and its influence on Colombia’s public perception on the war showed that 32% of Colombians believe the FARC is the primary responsible for the violence in Colombia.

Of the 138 interviewed conflict experts, only eight of them said the FARC was primarily responsible.

Rather tragically, the poll showed that Colombians blame themselves for the violence more than they blame the Colombian state, which among experts is considered the primary culprit.

Who bears most responsibility for the violence in Colombia?

Garcia dug through the newspaper archives of Colombian newspapers like El Tiempo from Bogota, El Colombiano from Medellin, El Pais from Cali and El Heraldo from Barranquilla, to look for clues about this rampant public misconception on the conflict and she found it.

Based on the collection of 500 newspaper clippings on conflict-related violence between 1998 and 2006, the most violent period of the armed conflict, the linguist came to the conclusion that “it is evident that the press resorts to linguistic strategies to lessen or omit the responsibility of paramilitaries in violent acts and stressing that of the guerrillas.”

One of the newspapers’ alleged strategies was to avoid the use of the word “paramilitaries” or their organization AUC in cases of violence targeting civilians. Instead, in 75% of the articles the culprits were either omitted or described as “hooded men” or armed men.”

In the case of guerrilla violence against the population, 60% of the articles did explicitly stress the guerrillas’ responsibility, according to Garcia’s study. 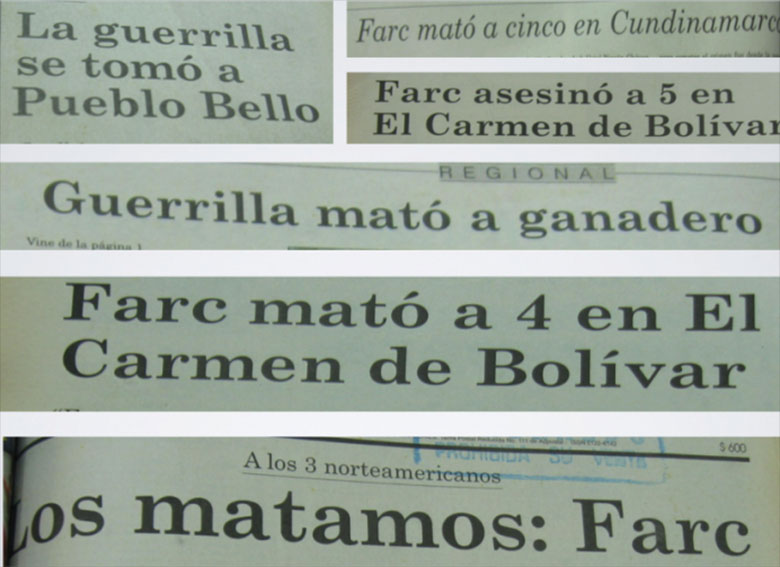 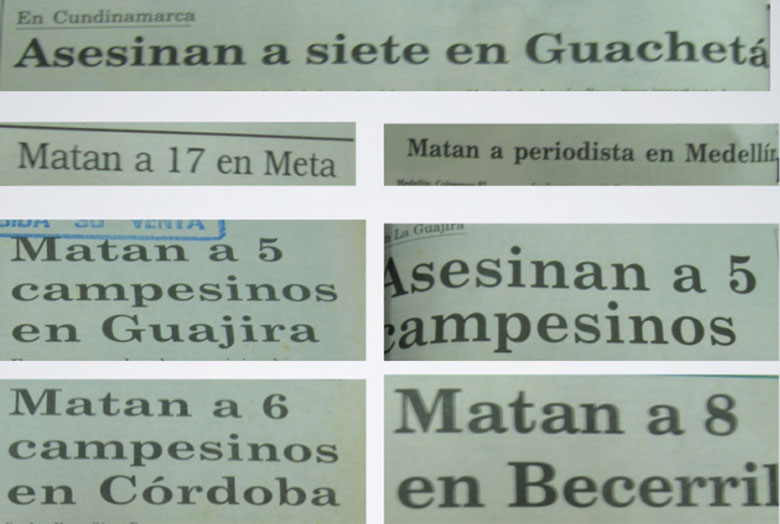 Additionally, in seven out of eight articles on paramilitary violence, the newspapers correctly used words like “allegedly” or “supposedly” when indicating the later established culprit, which is the rule in journalism unless there is a credible judicial ruling confirming responsibility and guilt.

However, in cases of guerrilla violence, newspapers omitted these words in more than 97% of the articles, effectively presenting military claims as facts.

What about the victims?

Also in the case of victim descriptions, media portrayed a bias that was highly favorable for the paramilitaries and their allies in the military and government.

In the studied news reports on acts of paramilitary violence, victims were reduced to numbers, for example in the headline “7 killed in Zambrano,” or described as “persons.”

In the cases of guerrilla violence, the humanity of the victims was widely recognized. The victims in many cases would be named and portrayed as people with dreams and aspirations.

Why proportion is important

Keeping news in proportion and not leaving important things out are also cornerstones of truthfulness. Journalism is a form of cartography: it creates a map for citizens to navigate society. Inflating events for sensation, neglecting others, stereotyping or being disproportionately negative all make a less reliable map.

This persistent misrepresentation of reality by Colombia’s newspapers in the studied period can only have distorted the public’s perception about what is really going on in their country as people rely on news media to know and understand their community or society.

Possibly as a consequence of the persistent media bias, 40% of Colombians said in one poll that the paramilitaries — by far and still the country’s most violent actor in the conflict — were “a necessary evil,” a statement as cynical as justifying the bombing of Bogota to combat the city’s crime rate.