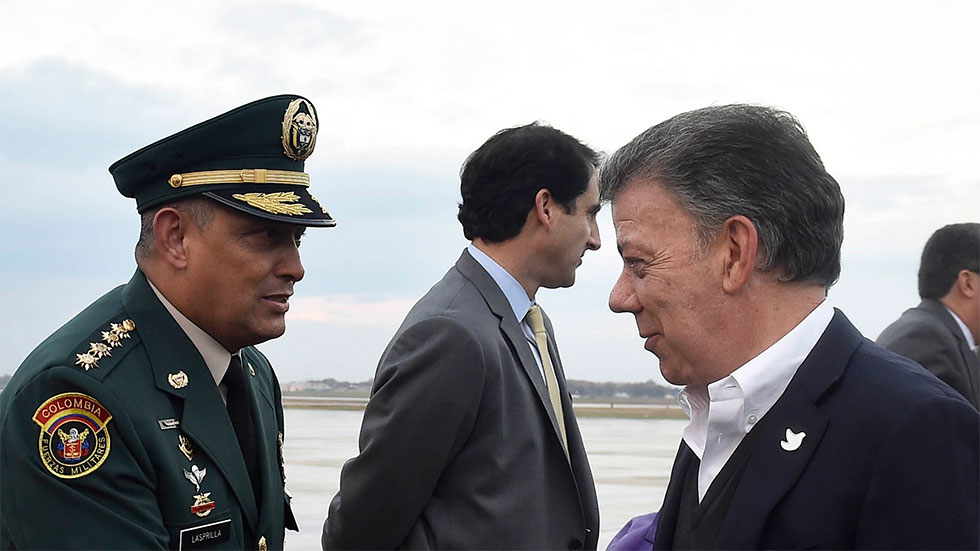 With a transitional justice court being installed in Colombia, the country’s military attache in Washington DC’s alleged responsibility in the execution of 48 civilians could become an embarrassment for both countries.

The killings are euphemistically called “false positives” because the executed civilians would be dressed up and registered as guerrillas killing in combat, a phenomenon that cost thousands of lives.

According to US news website McClatchy, by November that year the State Department had been informed on Lasprilla’s transfer.

Because Colombian authorities never filed criminal charges against Lasprilla and many other top (former) military officials, the State Department saw no impediment to grant the alleged war criminal a visa, according to ambassador and former Defense Minister Luis Carlos Pinzon.

“If the general was under any active investigation he couldn’t be here. They would never have allowed him,” Colombian newspaper El Tiempo quoted the ambassador as saying Thursday.

However, according to HRW American director Jose Miguel Vivanco, the Santos administration has become more audacious in effectively involving Washington in major human rights violations in Colombia by appointing Lasprilla.

“The Colombian government seems to have taken a step further with General Lasprilla Villamizar by assuming that authorities in the U.S. would not be troubled to have an official who commanded a brigade involved in dozens of killings chilling in Washington instead of facing investigations in Colombia,” Vivanco told McClatchy.

“The attacks of Jose Miguel Vivanco have often targeted [Colombia’s armed forces]. I would like to remind him that Human Rights Watch is not the Colombian justice system,” Lasprilla told El Tiempo.

Lasprilla’s fortune may soon change though, and could become an embarrassment for the administration of President Donald Trump, who was not in government at the time of the human rights violations.

Following a peace agreement with the Marxist FARC guerrilla group, Colombia has begun setting up an transitional justice system that is meant to investigate exactly the killings the military attache is accused of.

More than 22 generals are already under investigation for the killings that even implicate President Juan Manuel Santos, who was Defense Minister when at one point as many as three civilians were executed per day.

In total, more than 24,400 state officials are either convicted or charged for war-related crimes, according to the country’s Prosecutor General’s Office.